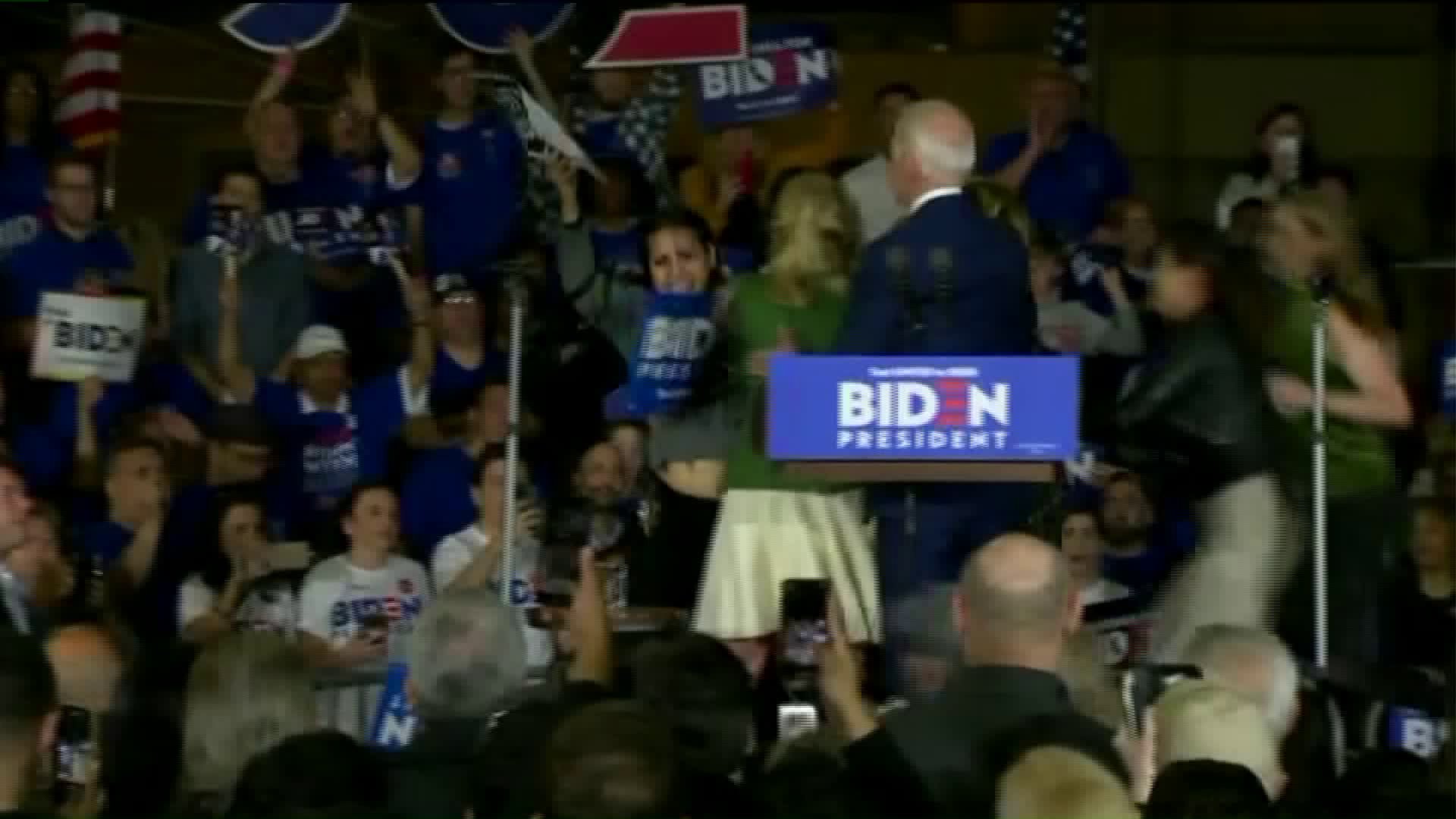 Protesters ambushed the stage at Joe Biden's Super Tuesday event while the candidate was beginning his speech.

Women holding signs reading "Let Dairy Die" stormed the podium where Biden was giving remarks Tuesday night, flanked by his wife and sister. Biden moved to the side as security removed the women.

As soon as the women were removed, Biden resumed his remarks, seemingly unfazed.