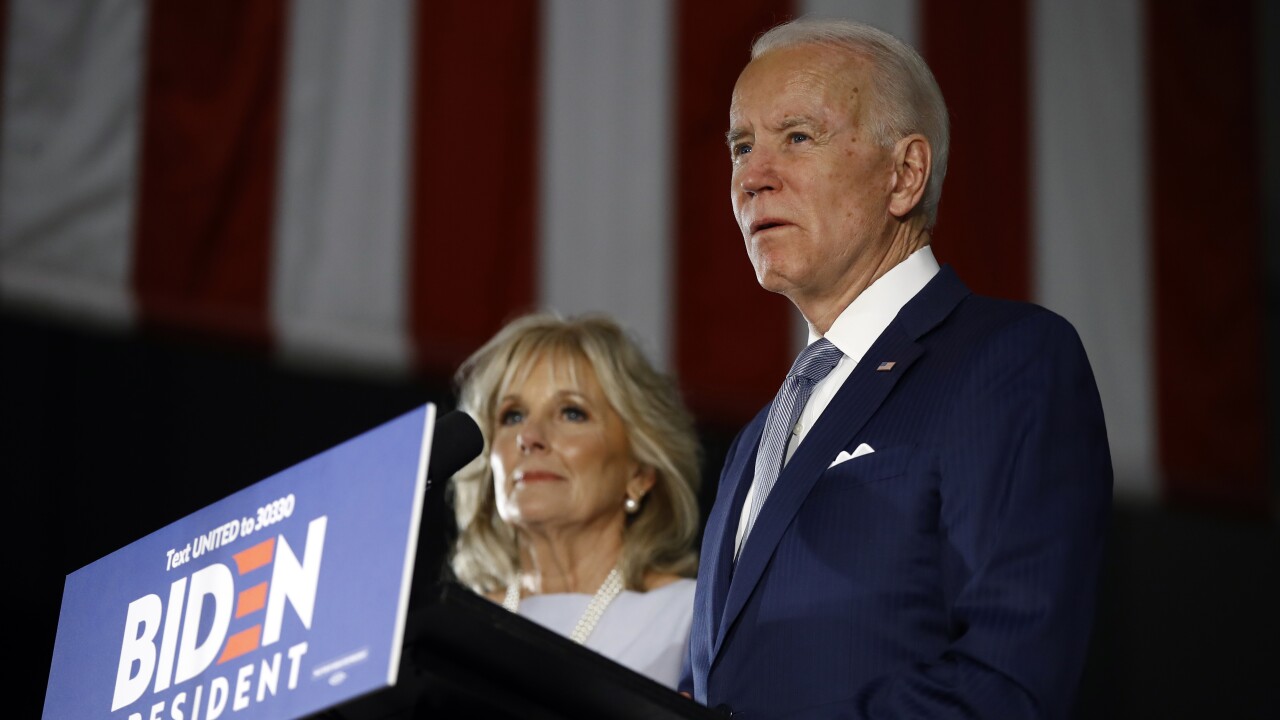 (Copyright 2020 The Associated Press. All rights reserved. This material may not be published, broadcast, rewritten or redistributed.)
Matt Rourke/AP Photo
Democratic presidential candidate former Vice President Joe Biden, accompanied by his wife Jill, speaks to members of the press at the National Constitution Center in Philadelphia, Tuesday, March 10, 2020.

The key battleground state helped propel Bernie Sanders' insurgent candidacy four years ago, and the loss on Tuesday dealt a serious blow to his 2020 campaign.

Sanders' narrow hopes for good news rested on North Dakota and Washington state, where votes were still being tabulated.

Addressing supporters in Philadelphia, Biden noted that many had "declared that this candidacy was dead" only days ago, but "now we're very much alive."