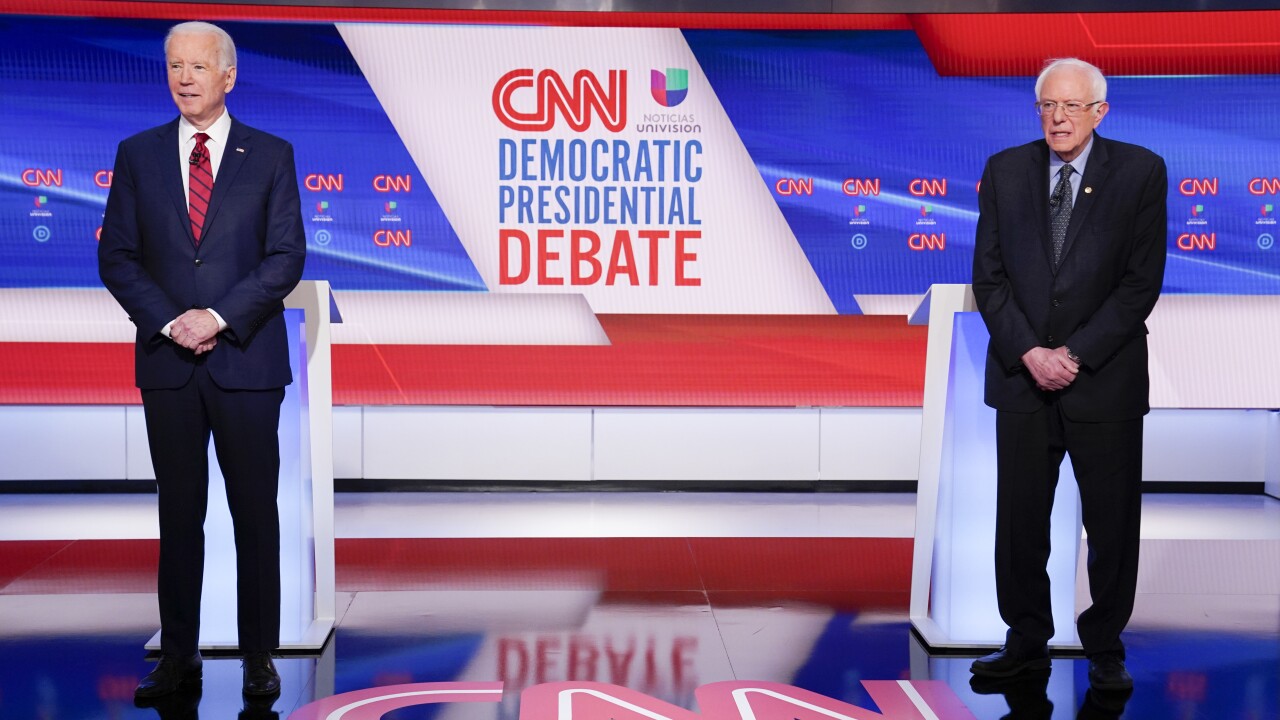 The leading Democratic candidates faced off Sunday night in Washington in the 11th debate of the primary season.

The event was moved from Arizona, which votes Tuesday, because of concerns over the growing coronavirus pandemic, and is being held without an audience.

Biden also steps on the stage as the front-runner in a race dramatically different from the party's last debate less than three weeks ago, following cascading wins that started with his resounding victory in the South Carolina primary.