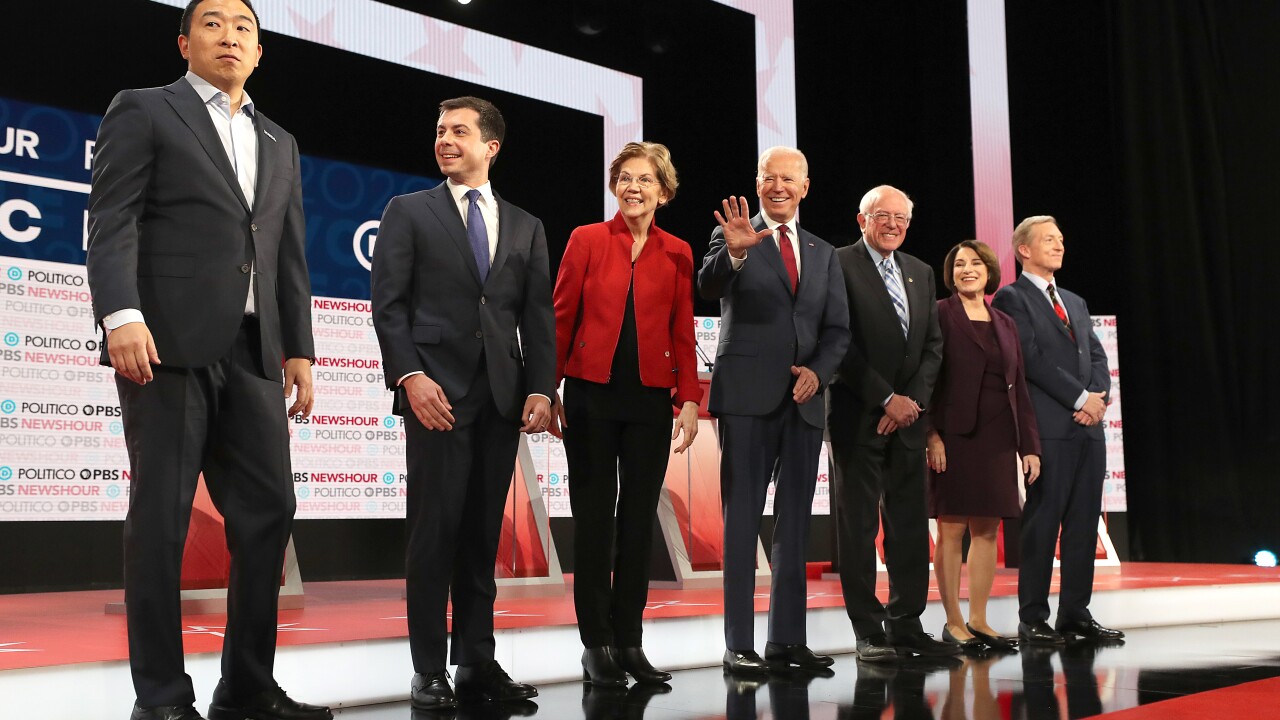 The Democratic presidential contenders are the most diverse group ever, but Andrew Yang was the only candidate of color on the debate stage Thursday night.

"It's both an honor and disappointment to be the lone candidate of color on the stage tonight," Yang said. "I miss Kamala. I miss Cory, though I think Cory will be back."

Yang put the situation down to money: black and Latino households have, on average, smaller net worths than white households.

A key component of Yang's campaign is the “Freedom Dividend,” which would give every citizen 18 and older $1,000 each month. Yang said that would ensure more Americans could donate to the candidates they support.

Thursday night's stage was also the most male-dominated of the campaign.