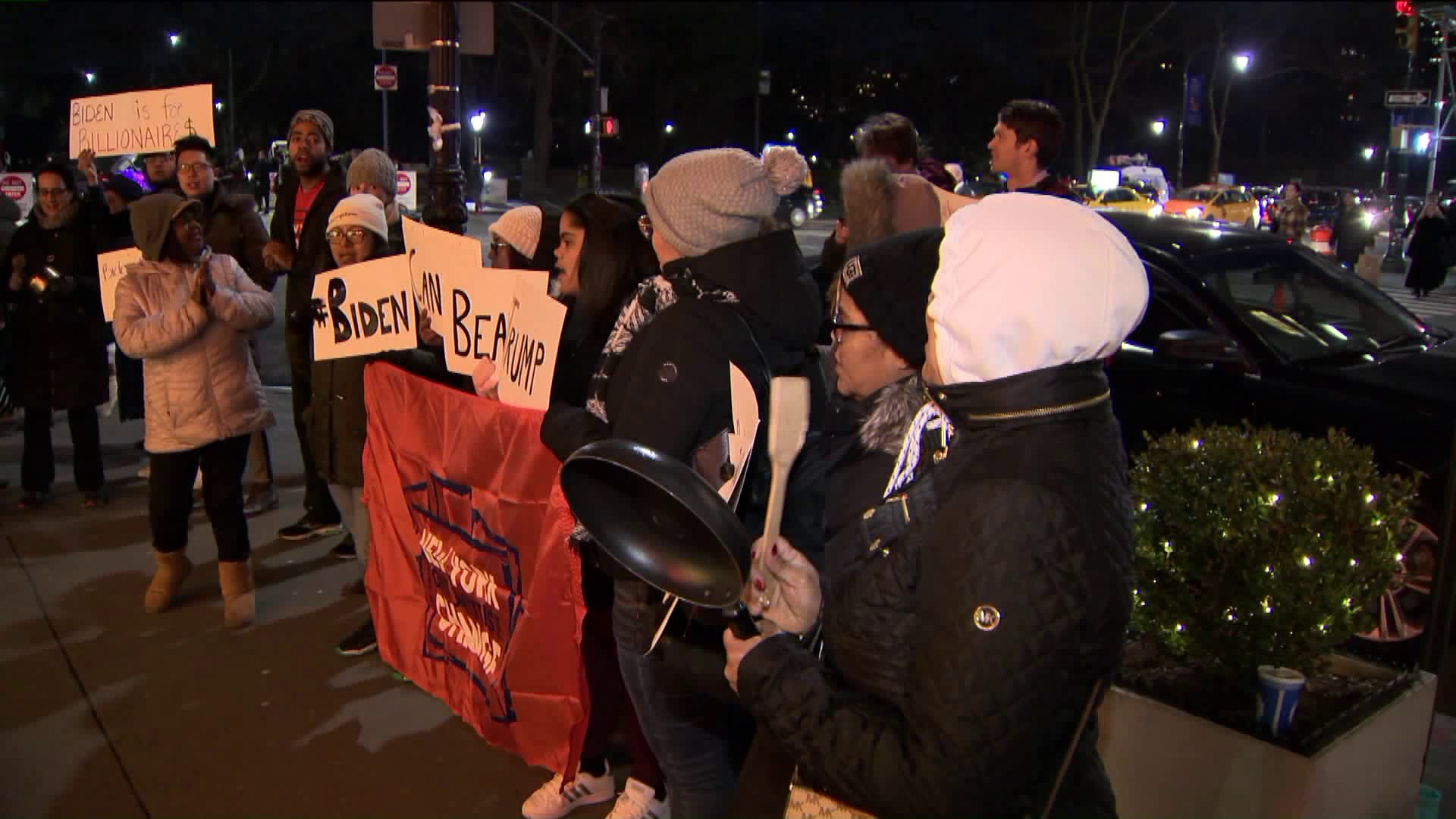 A flurry of political activity during the next 24-hours in the city as leading presidential candidates are in town.

A flurry of political activity during the next 24 hours in the city as leading presidential candidates are in town.

A small group of protesters banged on pots and pans to ring in a big 24 hours on the Presidential campaign trial with New York City taking center stage.

Former Vice President Joe Biden was in town attending fundraisers with wealthy donors, drawing the ire of some New Yorkers who say with that attitude, Biden can’t beat President Trump.

The last time she held an event in the city, thousands flooded Washington Square Park.

And finally, although former Mayor Mike Bloomberg is not in the city he got a high profile celebrity endorsement back home from Brooklyn native Judge Judy.