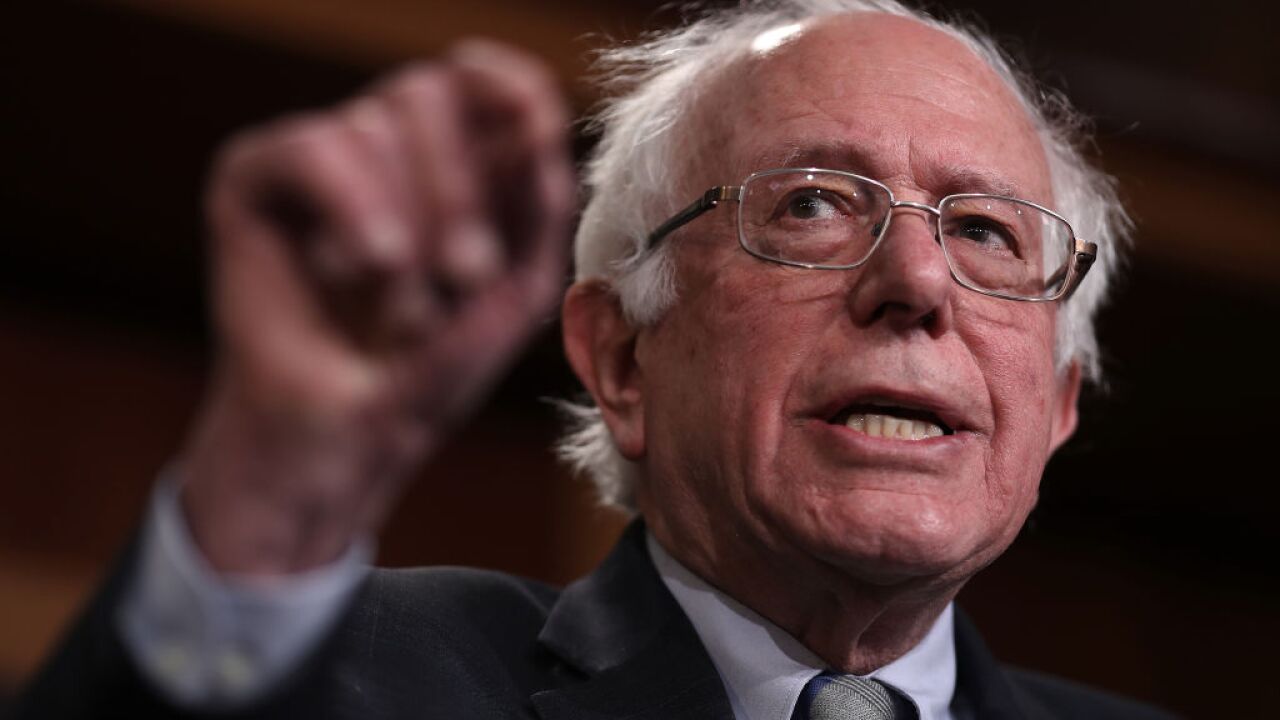 WASHINGTON, DC - JANUARY 30: Sen. Bernie Sanders (I-VT) speaks during a press conference at the U.S. Capitol January 30, 2019 in Washington, DC. Sanders and other members of the U.S. Senate and House of Representatives called for the reintroduction of a resolution “to end U.S. support for the Saudi-led war in Yemen” during the press conference. (Photo by Win McNamee/Getty Images)

Sen. Bernie Sanders will "reassess" his campaign in the coming weeks, his campaign manager said, according to CNN and the New York Daily News Wednesday.

"The next primary contest is at least three weeks away. Sen. Sanders is going to be having conversations with supporters to assess his campaign. In the immediate term, however, he is focused on the government response to the coronavirus outbreak and ensuring that we take care of working people and the most vulnerable," Sanders campaign manager Faiz Shakir said in a statement Wednesday morning, CNN reports.

Shakir's statement comes a day after Sanders suffered three crucial losses in Arizona, Florida and Illinois. Former Vice President Joe Biden extended his lead in the delegate count, and is now in the driver's seat for the nomination.

Because Georgia and Puerto Rico have postponed their primary votes due to the coronavirus pandemic, the next primaries won't occur until April 4.