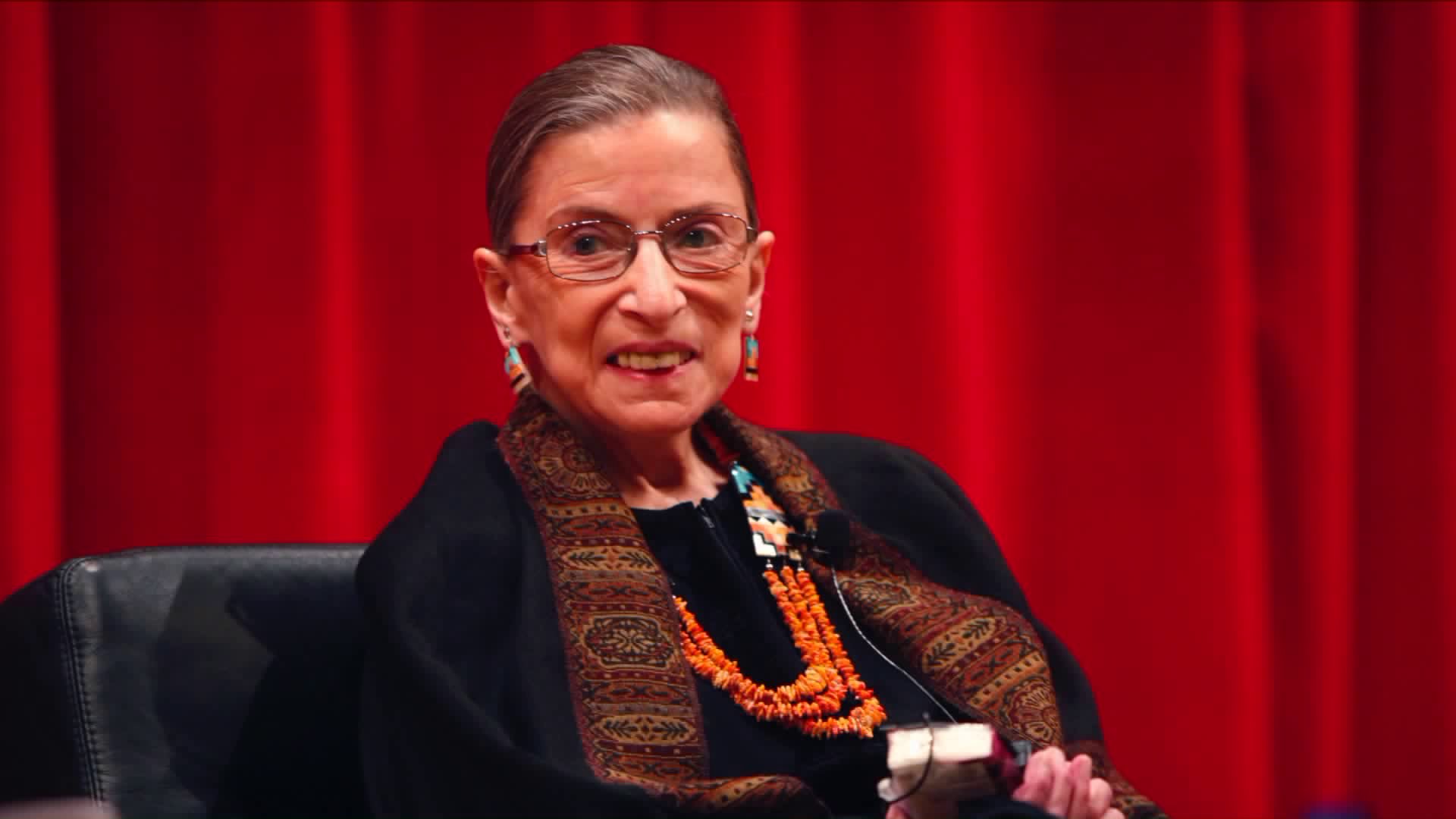 The political ramifications of Ruth Bader Ginsburg’s death on Friday will likely ripple into November and beyond.

NEW YORK — While the nation mourns the loss of Supreme Court Justice Ruth Bader Ginsburg, the question is being raised: When will her seat be filled?

Shortly before her death, Ginsburg dictated a statement to her granddaughter, which was released by NPR, saying her most fervent wish is that she will not be replaced until a new president is installed.

Mere hours after her death, all signs pointed to a political battle over who will succeed Ginsburg. The vacancy on the nation's highest court has come front and center in the presidential election.

President Donald Trump has said he would nominate someone if Ginsburg died while he is in office. Senate Majority Leader Mitch Mconnell (D-Kentucky) released a statement Friday night saying, the president's nominee will receive a vote.

Mike Lawlor is a professor of criminal justice at the University of New Haven.

"I think when history looks back at her life, they will see at each point she changed the history of the nation," Lawlor said of Ginsburg's passing. "The timing of this is most unfortunate. We are just a few weeks out from an election — the most contentious in history."

The process of a Supreme Court justice appointment is clearly written in the Constitution, Lawlor said.

"Her death creates a vacancy. The president has the authority to nominate somebody and the Senate has the authority to appoint that person, and they can do so with a majority vote," he said. "I would hope every American views this as a historic moment to put aside partisan politics and allow the process to proceed as it normally would have in the past, and pick some competent, moderate jurist to be a member of the Supreme Court."

However, American politics is rarely as simple.

In March 2016, President Barack Obama nominated Judge Merrick Garland to fill Antonin Scalia's seat after his passing in February. But Republicans, led by Mconnell, blocked the vote, saying it was too close to the November election.

Penny Venetis is a professor of law at Rutgers University.

"That was a year before the 2016 election and the Republicans held up the nomination," Venetis said. "They said it would be a disservice to the public if we fill this spot without knowing who the next president would be; it's hypocritical."

Lawlor lamented the polarization and partisanship that has reached the nation’s highest court.

"This moment undermines another institution, in this case the courts, this undermines our Constitutional balance of power,” he said.

While social media lit up with people hoping a jurist is nominated after the outcome of the presidential election, it's clear Trump sees this as political capital. He recently announced his list of potential nominees which includes Sens.Tom Cotton and Ted Cruz. The list is filled with conservatives.

"President Trump sees this as something that can help his campaign," said Venetis. "If he wins, he can seat another justice and that will really sway the court far to the right."

Republicans hold a 53-seat majority in the Senate. In the event of a confirmation vote, four Republican senators would need to join every Democrat to vote against the nominee to block the nomination.

"There are a number of Republican senators up for re-election who are already facing almost insurmountable odds of winning re-election," said Lawlor. "One would think that at least three or four of them are having second thoughts about being party to what is perceived as clearly a partisan effort to put someone on the court to shift the balance."

While who fills Ginsburg’s seat remains to be decided, the nation continues to mourn her loss — a woman who transcended the role of Supreme Court justice to become an American icon.

"She was a role model for many women, including myself," Venetis said. "She inspired women and she really changed the legal landscape of women's rights and did it single-handedly."