Trump impeached for a second time with days left in office; 1st in U.S. history 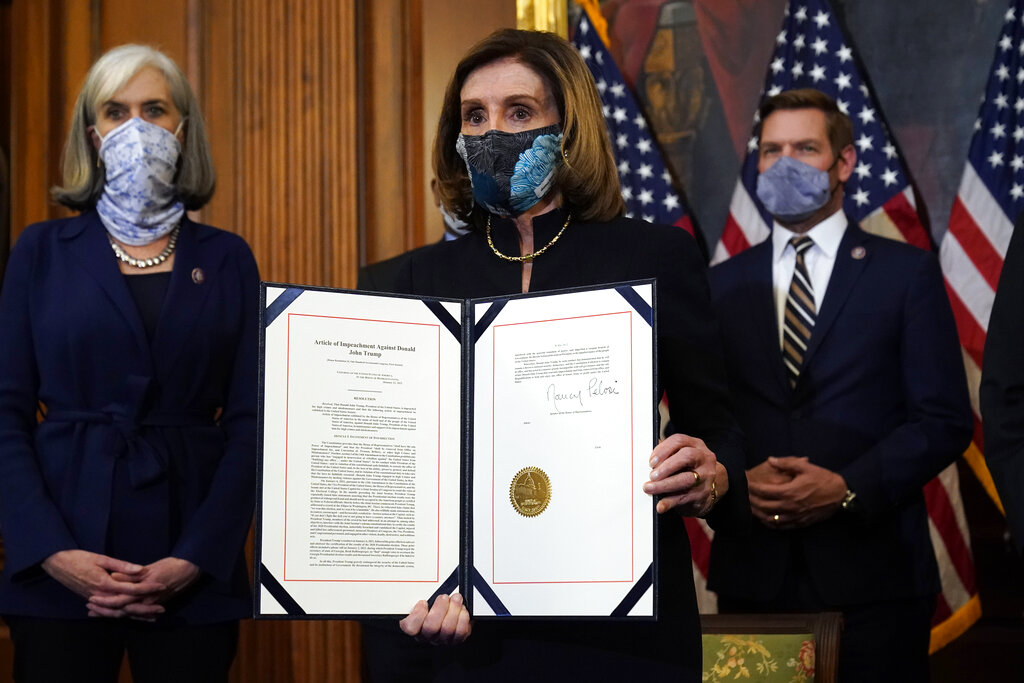 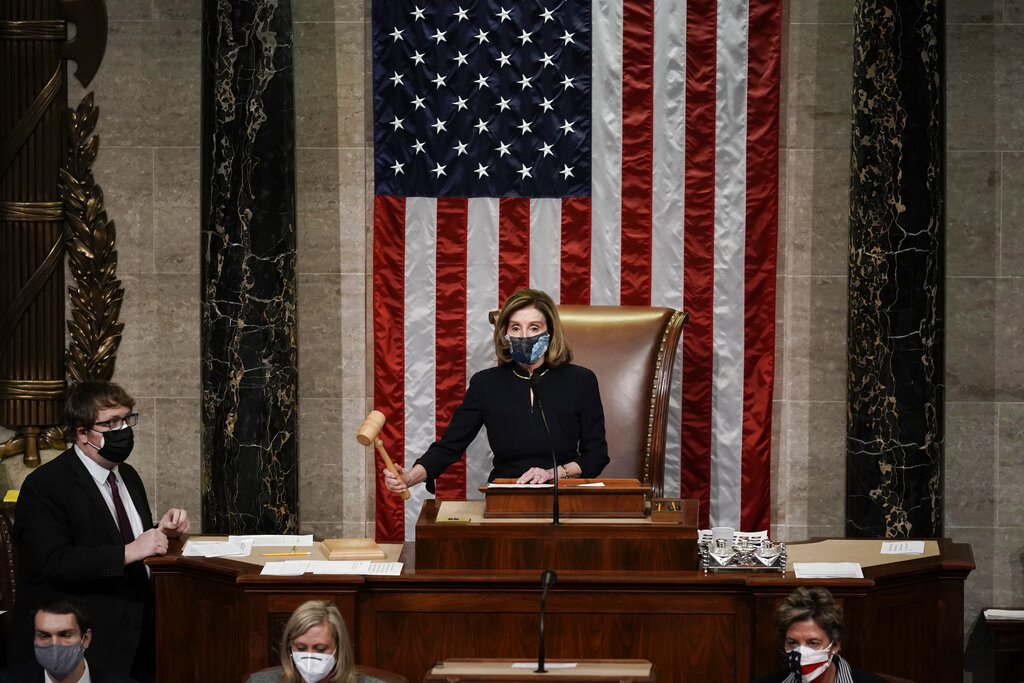 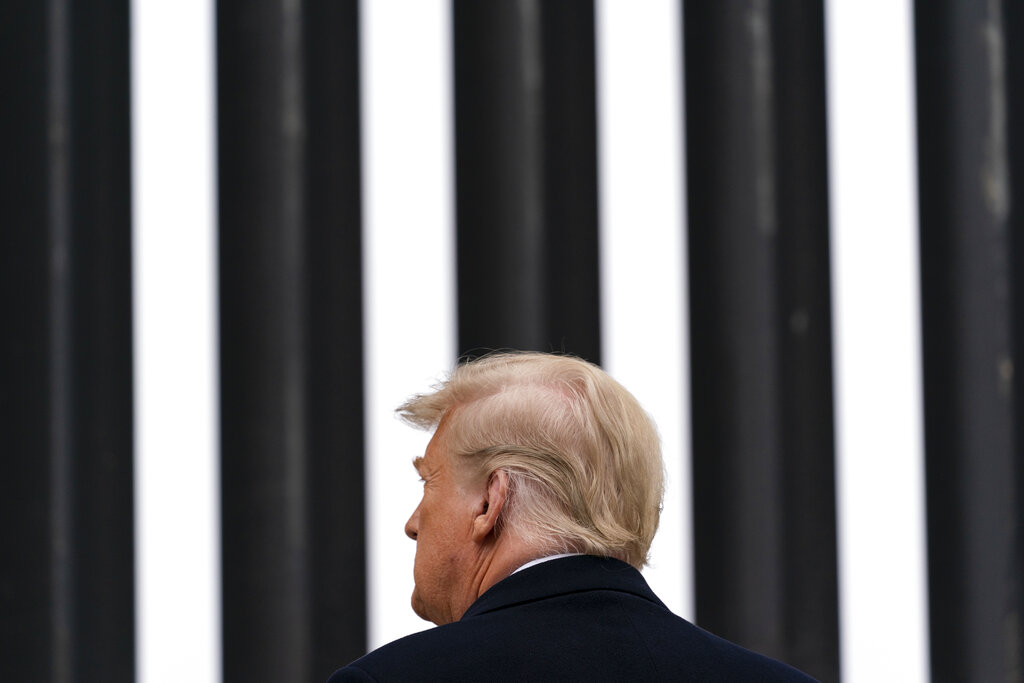 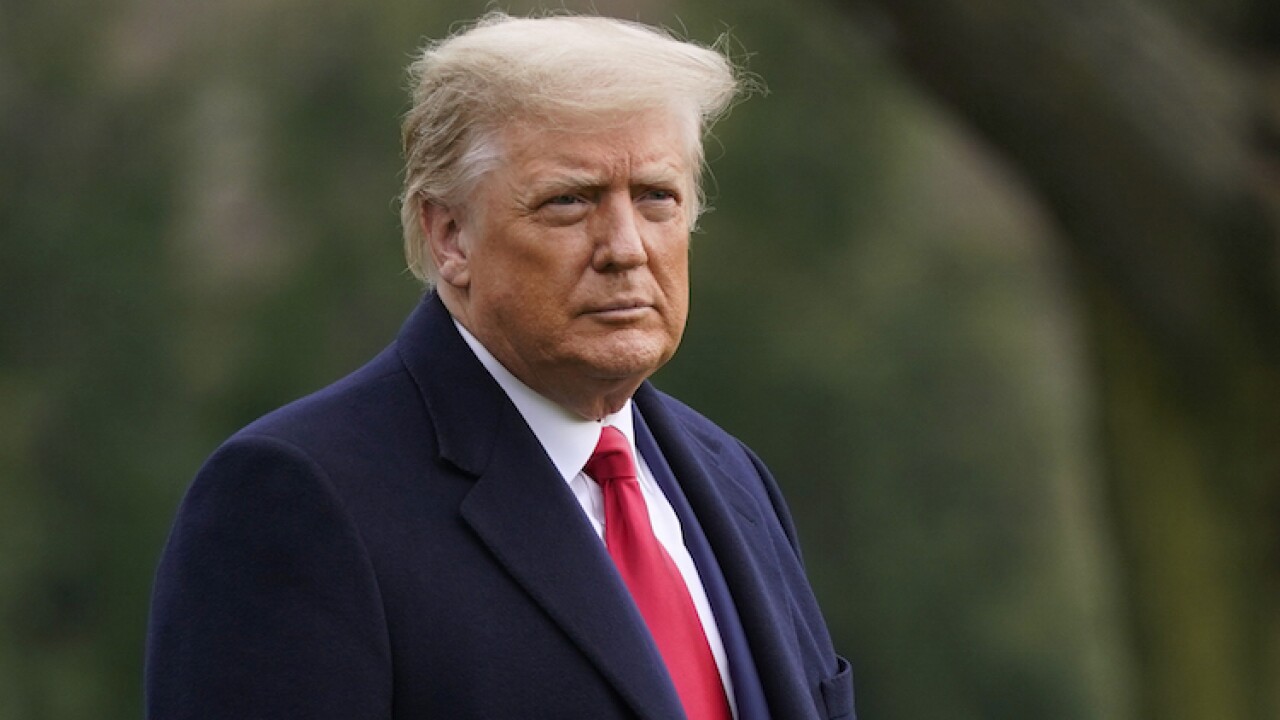 WASHINGTON — President Donald Trump was impeached Wednesday for a second time after a House vote one week after his angry supporters stormed the Capitol as lawmakers met to affirm President-elect Joe Biden's victory.

With Biden's inauguration set for Jan. 20, Trump has just days left in office, but lawmakers voted to impeach him regardless, making Trump the first president in history to be impeached twice. Lawmakers said he violated his presidential oaths to protect and defend democracy. Trump faced a charge of “incitement of insurrection."

With the Capitol secured by armed National Guard troops inside and out, the House voted 232-197 to impeach Trump.

Representatives met in the House Tuesday and urged Vice President Mike Pence to invoke the 25th Amendment to remove Trump from office, but Pence said he wouldn't do it.

It was the most bipartisan presidential impeachment in modern times, more so than against Bill Clinton in 1998.

It won't be an immediate process. Senate Majority Leader Mitch McConnell rejected the idea of an emergency Senate session for the impeachment trial.

The Capitol insurrection stunned and angered lawmakers, who were sent scrambling for safety as the mob descended, and it revealed the fragility of the nation’s history of peaceful transfers of power. The riot also forced a reckoning among some Republicans, who have stood by Trump throughout his presidency and largely allowed him to spread false attacks against the integrity of the 2020 election.

House Speaker Nancy Pelosi invoked Abraham Lincoln and the Bible, imploring lawmakers to uphold their oath to defend the Constitution from all enemies, foreign “and domestic.”

“He must go, he is a clear and present danger to the nation that we all love," she said.

Holed up at the White House, watching the proceedings on TV, Trump later released a video statement in which he made no mention at all of the impeachment but appealed to his supporters to refrain from any further violence or disruption of Biden's inauguration.

The soonest Republican Senate leader Mitch McConnell would start an impeachment trial is next Tuesday, the day before Trump is already set to leave the White House, McConnell's office said. The legislation is also intended to prevent Trump from ever running again.