Trump taps Pence to lead coronavirus response in US 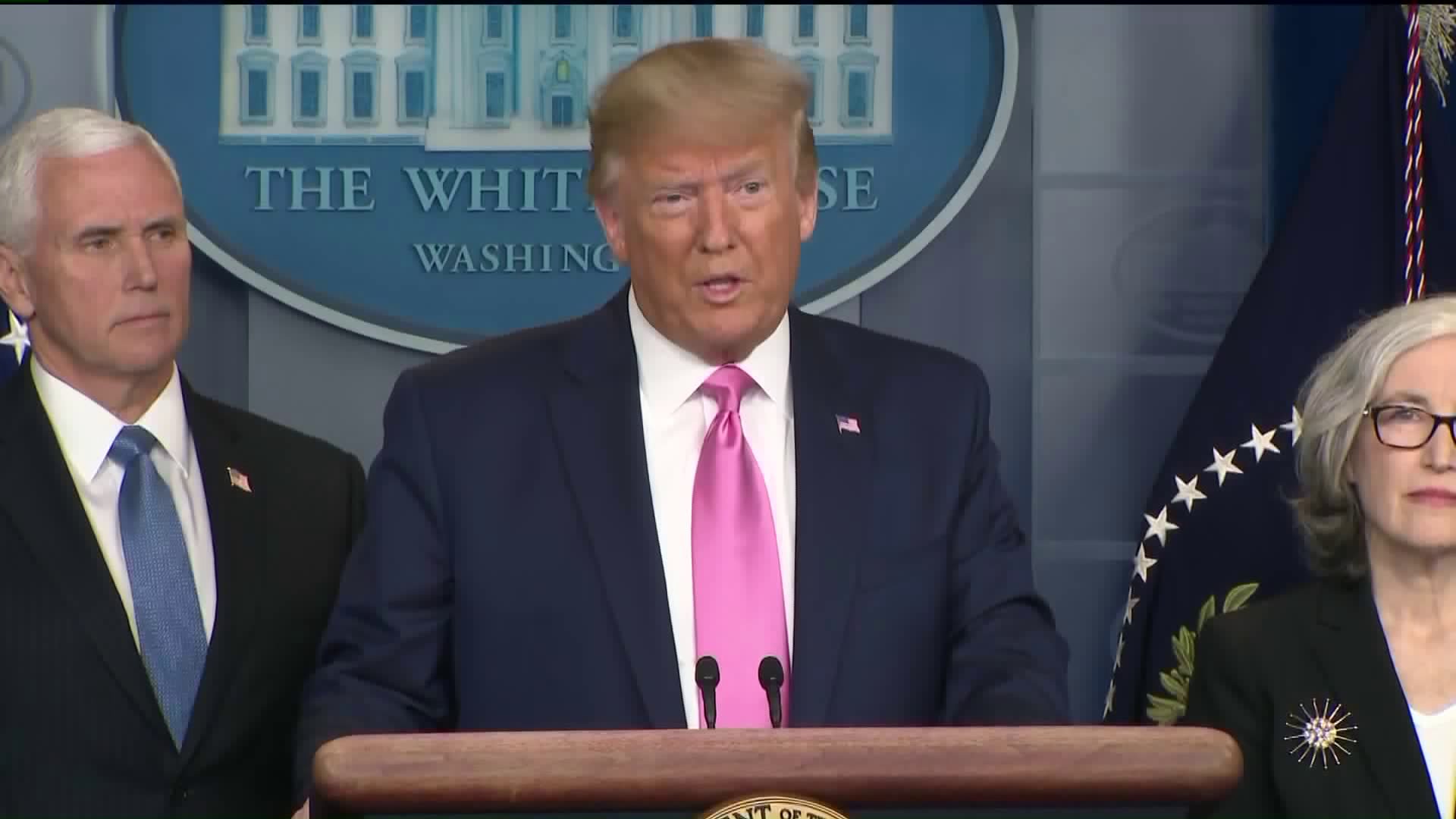 President Donald Trump said his administration is prepared for the spread of the coronavirus in the United States. 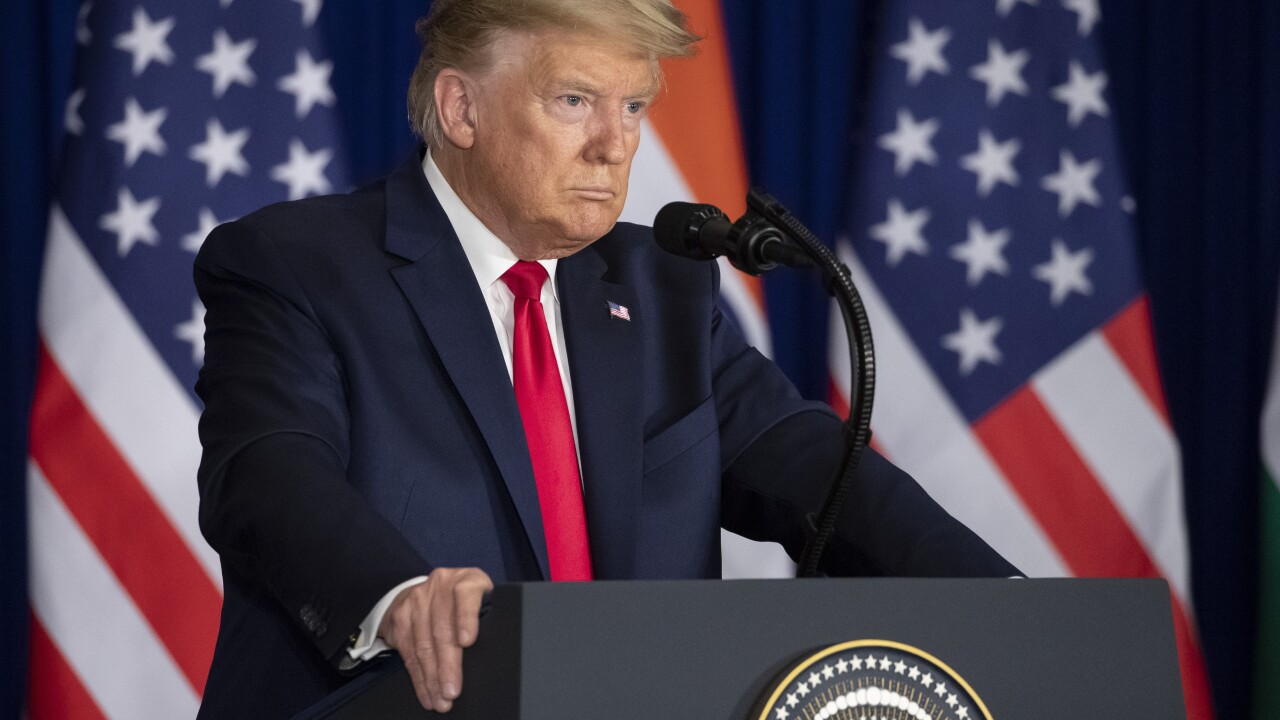 On Capitol Hill, lawmakers are calling for much more money than the $2.5 billion the White House has requested, and Trump indicated at the news conference that he'd be open to more spending. Senate Democratic Leader Chuck Schumer has asked for $8.5 billion.

Watch the news conference below.

Speaking to the American public Wednesday evening, Trump seemingly tried to ease concerns over the spread of the coronavirus, and pushed back on criticism that his administration has not done enough to prepare for a widespread outbreak.

"We're very, very ready for this, for anything, whether it's going to be a breakout of larger proportions or whether or not we're, you know, we're at that very low level," Trump said. "We think this is something we can develop fairly rapidly a vaccine."

Anthony Fauci, Director of the National Institute of Allergy and Infectious Disease, took to the podium at the same news conference and said while a human trial is expected in the coming months, a vaccine for widespread use is much further in the future than the President stated.

"It still would not be applicable to the epidemic unless we wait a year to a year-and-a-half," said Dr. Fauci.

The Centers for Disease Control and Prevention sent an ominous message just a day ago, saying it's not a question of "if" the coronavirus will spread here in the U.S., but a question of "when."

"We do expect more cases. And this is a good time to prepare," said Anne Schuchat, the director of the CDC.

The president has contradicted the CDC, telling reporters he doesn't believe an outbreak in America is "inevitable."

There are 60 confirmed cases in the country, and political leaders in the Tri-State area say they're heeding the warning from the CDC and getting a plan in place in the event of an outbreak.

"We also call upon the CDC to add to its testing regimen for travelers. Right now it is too narrowly focused on travelers coming out of China," said Mayor de Blasio. "I'm urging the CDC of the federal government to add the testing protocol upon entry for visitors from Hong Kong, Iran, Italy, Japan, Singapore, South Korea, Taiwan and Thailand."

De Blasio also said 1,200 hospital beds have been prepared in the event of an outbreak in the city. Gov. Andrew Cuomo also said Wednesday $40 million dollars has been earmarked to combat the virus in New York, as well as a plan for widespread quarantines.

Large outbreaks in other regions — Italy and Iran this week alone — have sparked concerns about the spread of the virus, it's impacted the world's economy and global travel.

With nearly 81,000 cases worldwide and close to 3,000 deaths, it's affecting all walks of life, including study abroad programs.

Students at New York University's Florence campus were given just two days to leave. Due to the recent spike in coronavirus cases in Italy, the campus was shut down and classes were canceled.

Sophomore Alvaro Barrera quickly left the campus, flying to London. But his courses, primarily in fashion business, Renaissance art and Italian, are structured around being in Florence.

"We got the email and that's when we all started panicking because we all wanted to make sure we leave the country and leave Europe," said Barrera.

It's also too late for students to return to New York in the hopes of registering for classes back on NYU's Greenwich Village campus. The semester is too far along for a student to join classes.

"A lot of my classes have to do with Italian culture. We were going to visit museums, do a lot of field trips," said Barrera, "Taking courses online doesn't really make much sense because they all had to do with Italy and being there, so a lot of students are questioning if they should drop out or take online courses. I'm still figuring it out and deciding what options I have."

Students are in limbo, as more and more people face what experts say will likely become a worldwide pandemic.

Also tonight, a troubling announcement from the CDC: a new coronavirus case has been confirmed in California.

It's troubling because it involves someone who has neither traveled to an affected country, nor has been exposed to another known patient. How the person was infected is currently unknown.