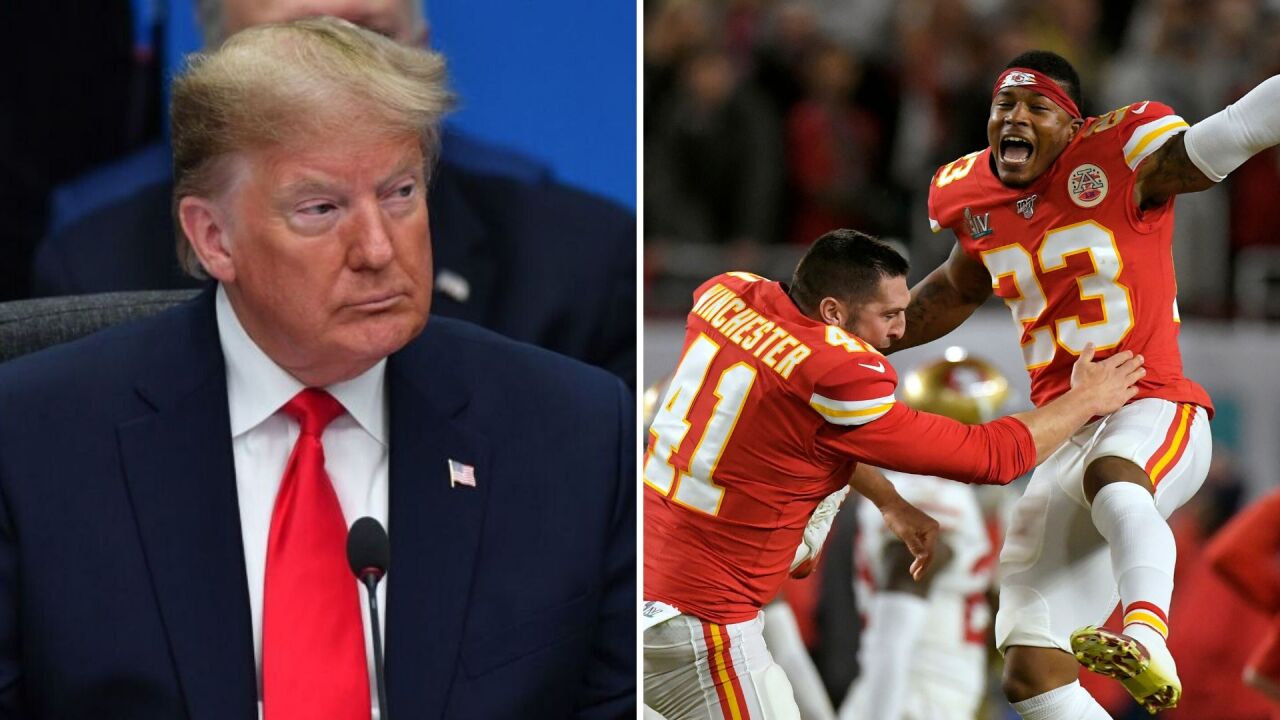 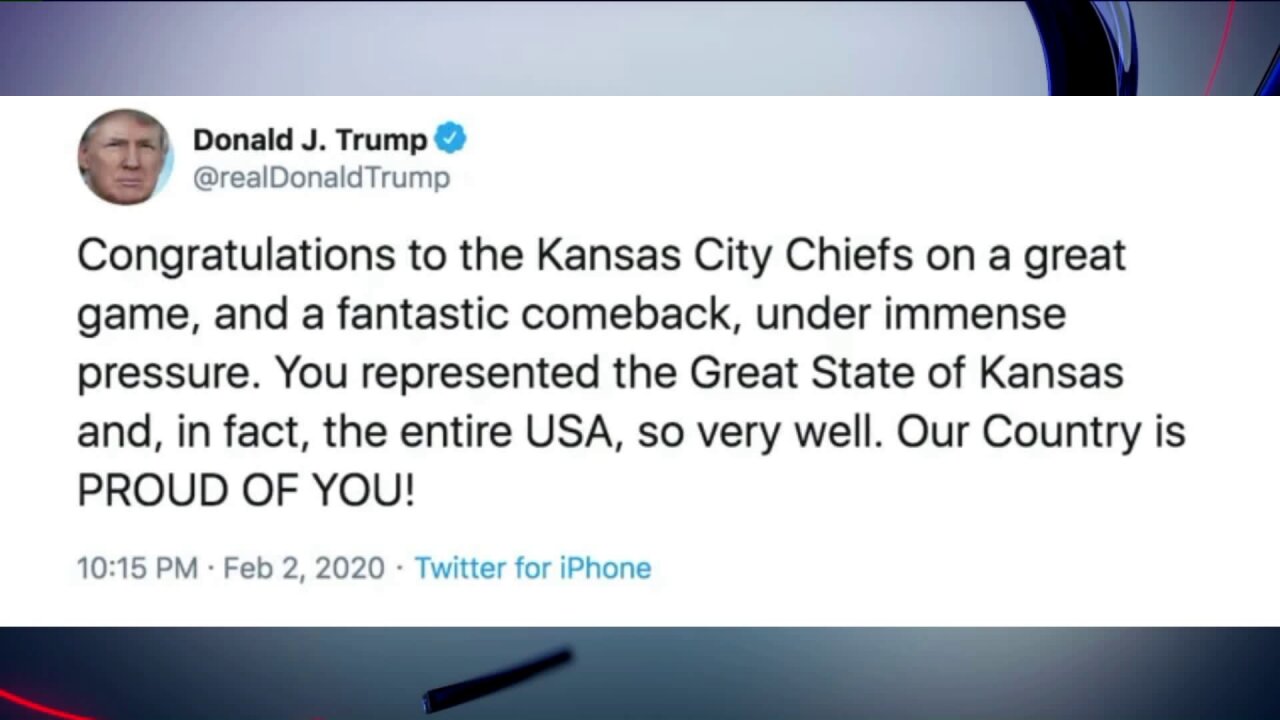 On the heels of the Kansas City Chiefs’ 31-20 Super Bowl victory over the San Francisco 49ers, Trump tweeted his congratulations to the Chiefs.

He added that they "represented the Great State of Kansas and, in fact, the entire USA, so well."

The Chiefs are based in Kansas City, Missouri, where they play their games, not Kansas.

The president’s tweet was quickly deleted and later replaced with a new message: "We are proud of you and the Great State of Missouri. You are true Champions!"