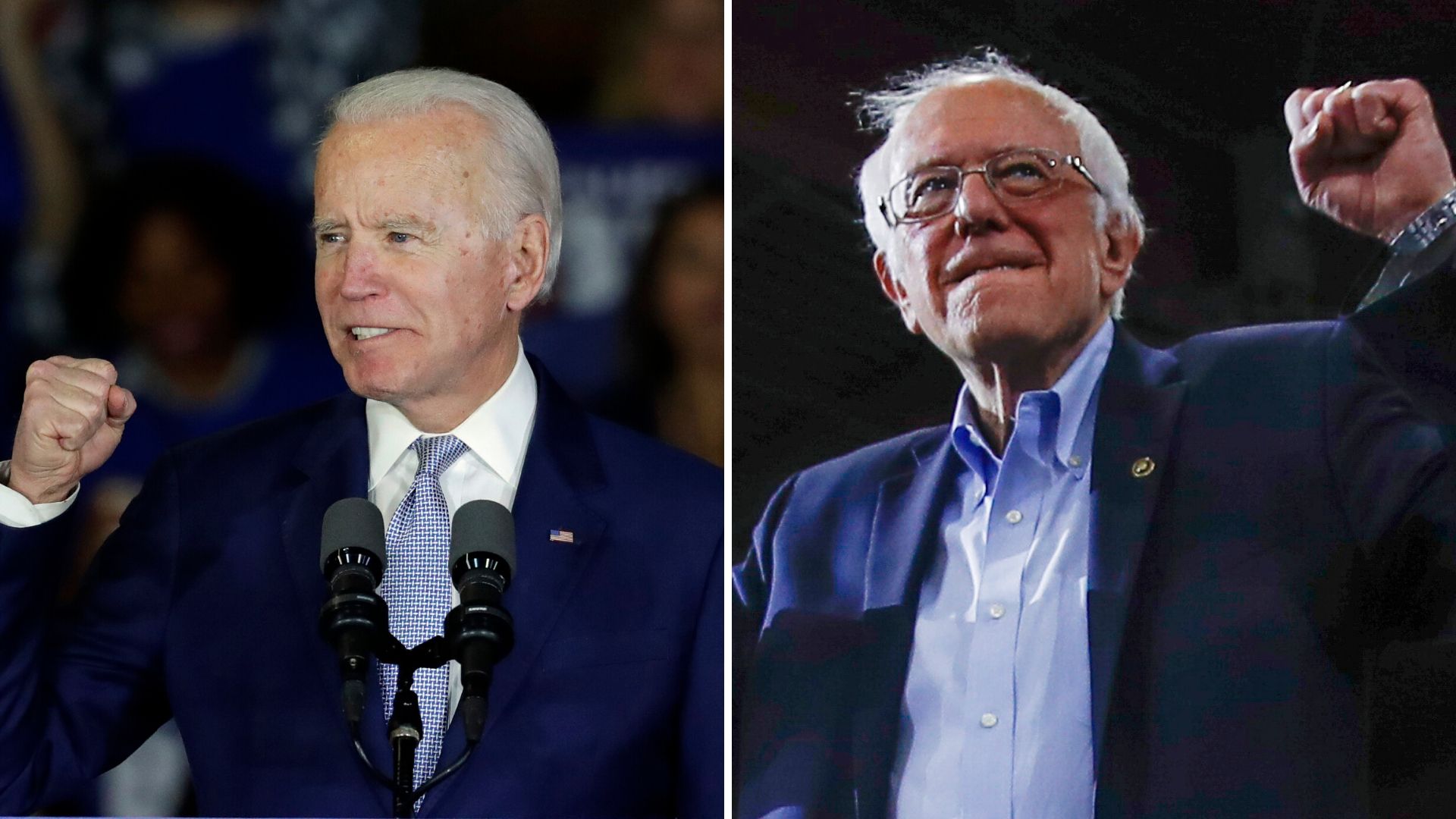 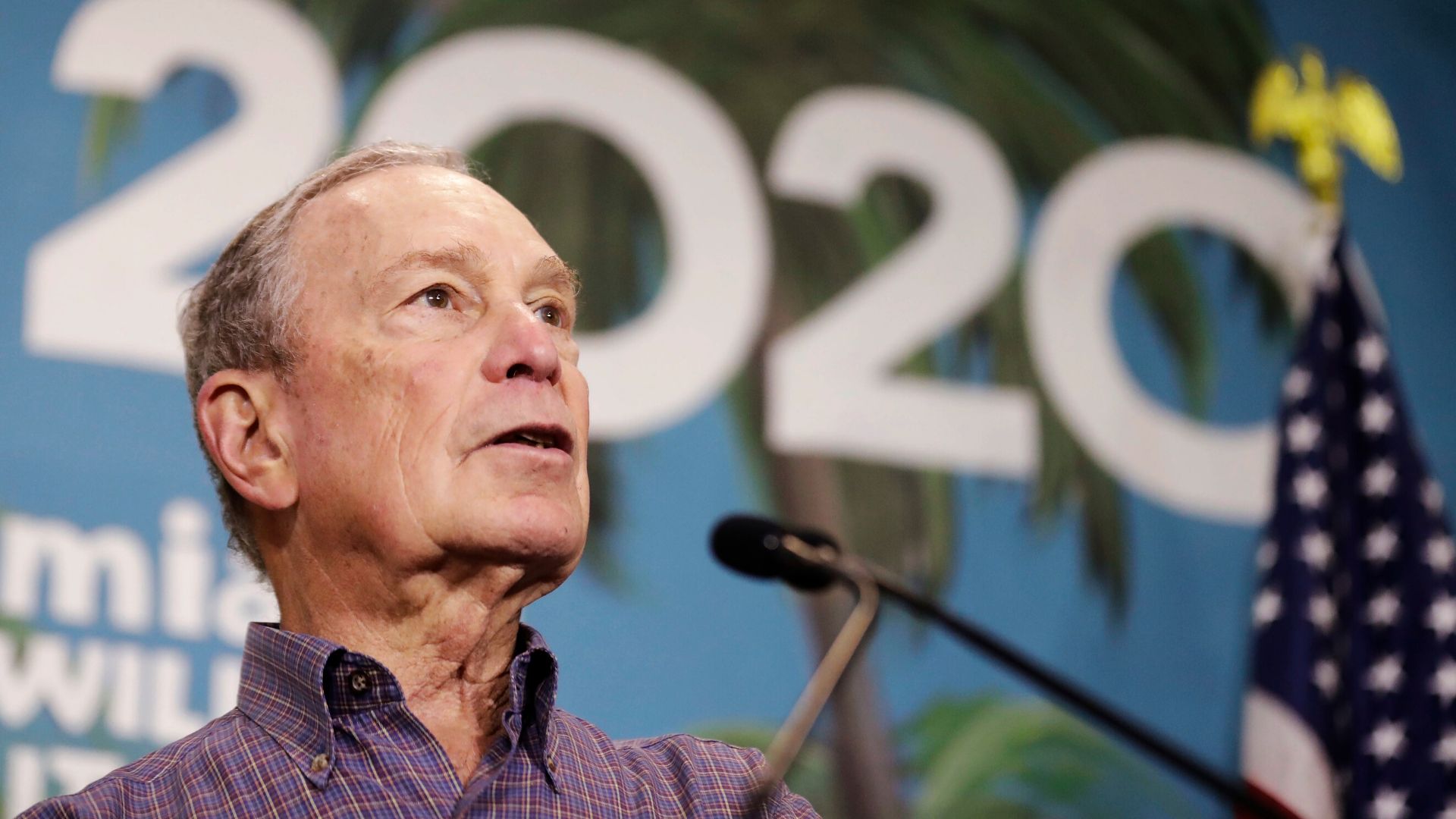 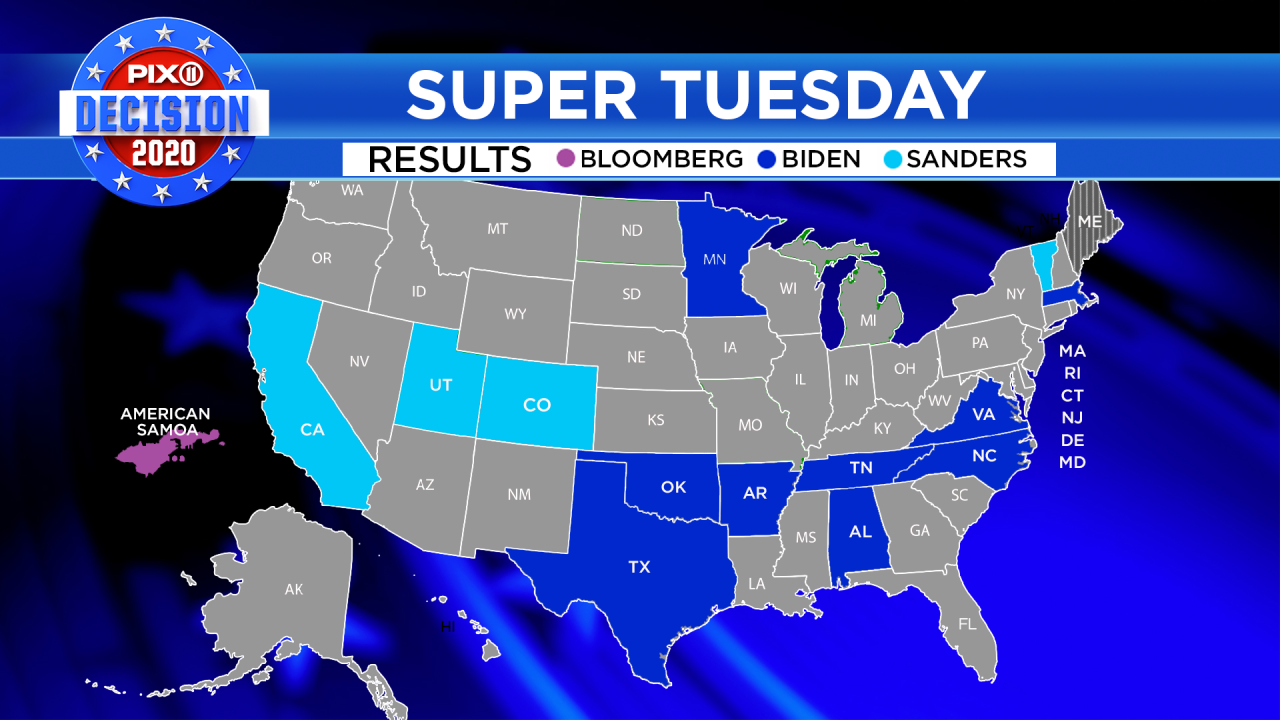 Meanwhile, the campaigns of Sen. Elizabeth Warren and former NYC Mayor Mike Bloomberg are in question. While Warren’s campaign presses on by adding several campaign events later in the week, Warren did not finish in the Top 2 in any of the 14 states up for grabs on Tuesday, including her home state of Massachusetts. Meanwhile, representatives for Bloomberg said that the candidate is returning to NYC to reassess his campaign.

Bloomberg’s only victory on Tuesday came from the tiny US territory of American Samoa, which only had six delegates up for grabs. Also grabbing a delegate from the Pacific island was Rep. Tulsi Gabbard, who was born on the island. The delegate was her first of the campaign.

Bloomberg campaign manager Kevin Sheekey said that in the campaign's opinion, there is still time for Bloomberg to make up ground. This comes after Bloomberg sat out the first four nominating races.

The night started out great for Biden, as races in North Carolina, Virginia and Alabama were called early in the evening. He then went on to win in Tennessee, Minnesota, Oklahoma and Massachusetts.

While Biden won at least eight of 14 states on Tuesday, Sanders won the largest delegate prize of the night California.

As of 6 a.m. Wednesday, only the race in Maine remains uncalled.

Even before the polls closed in California, Sanders used his rally on Tuesday to contrast his record with Biden.

“We're going to beat Trump because this will become a contrast in ideas,” he said. “One of us in this race led the opposition to the war in Iraq. You are looking at him."

Meanwhile, a spirited Biden took a victory lap before his supporters in Los Angeles.

"We're literally in a battle for the soul of America. Winning means uniting America, not sowing seeds of division and anger and hate,” Biden said. “We gotta beat Donald Trump and we will, but we can't become like him. We cannot have a never-ending war between the parties. We need a person who can fight, but make no mistake about it I can fight. But we need as badly someone who can heal."

Too Close to Call:
Maine