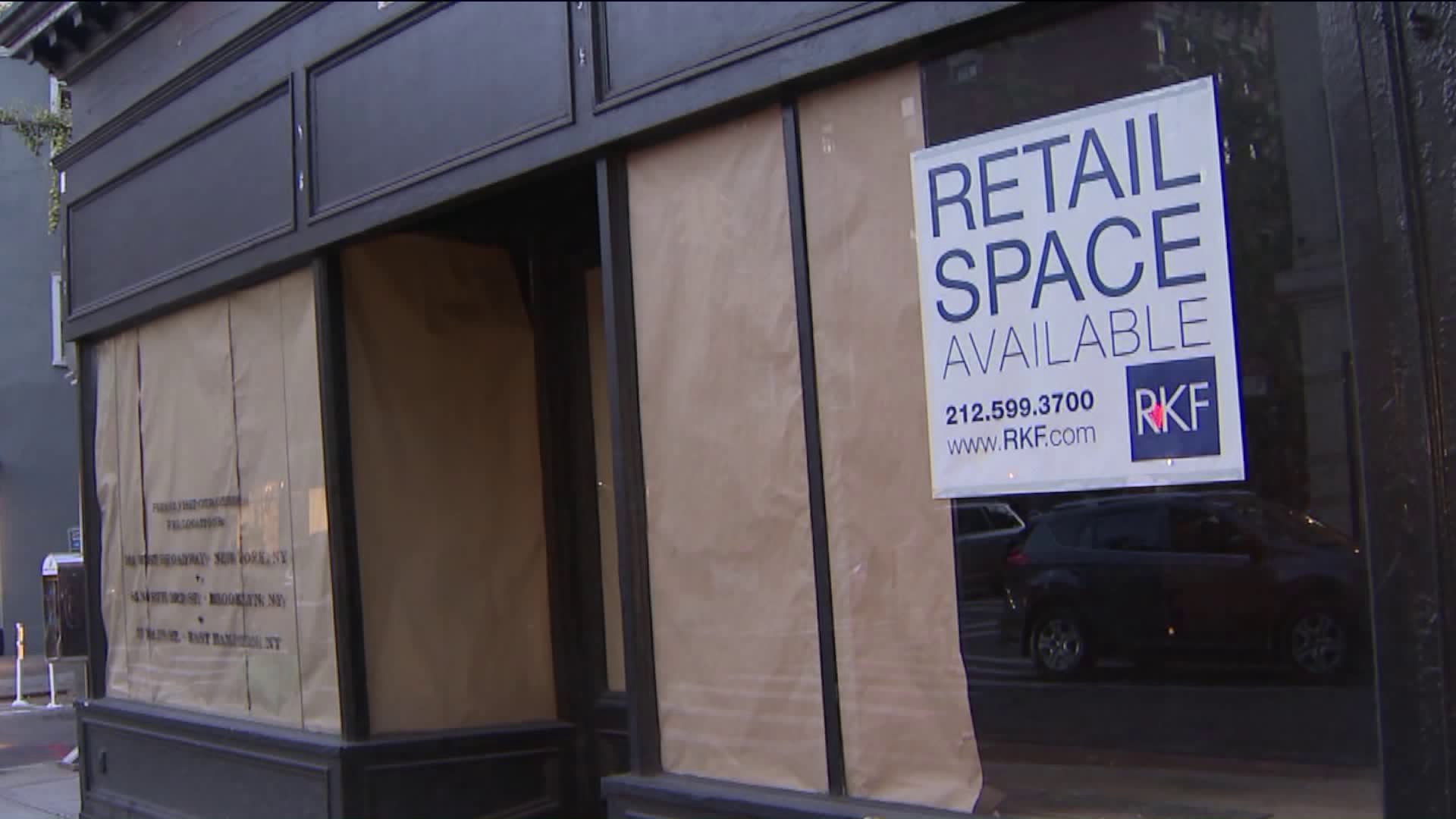 The economy is booming and unemployment is at historic lows, but one group of workers is being left behind. Retail jobs losses are on the rise, as big stores declare bankruptcy, shrink or close shop. It's a retail apocalypse that’s ruining lives.

NEW YORK — The economy is booming and unemployment is at historic lows, but one group of workers is being left behind.

Retail jobs losses are on the rise as big stores declare bankruptcy, shrink or close shop. It's a retail apocalypse that’s ruining lives.

From Manhattan-mainstay Macy's to the Upper East Side's swanky Barneys, to the beloved grocery chain Fairway, and apparel and accessory stores like American Apparel, Papyrus, Payless Shoes: All were once booming stores that have gone bust.

Is it the so-called "Amazon Effect?" Can it be blamed on the "ghost-malling" of America that's now spreading to stand-alone retailers? Regardless, the real impacts are on the workers.

Leslie Brown of East New York summed it up, "It totally disenfranchises people."

"They're taking away the mom and pops. It's always been a means for the younger generation — to get their start."

The paradox is that despite a booming economy and record low unemployment, retail is one of only two economic sectors to lose jobs. Since 2017, 140,000 jobs have disappeared.

Georgette Farkas had to let her restaurant crew of 40 go after eight years of running a popular Midtown eatery. She found so many of the city’s regulations were a recipe for failure: labor costs doubled under new city rules, a fate more New York businesses are facing, saying "It definitely gets harder and harder, and I hope the city doesn’t make it so hard that small independent businesses can’t survive."

Talking to Celeste Harvey of East Flatbush outside the beleaguered Fairway store on the Upper West Side, "It’s hard that they lose their jobs. Very hard. I pray for them!”

City Councilman Mark Gjonaj of the Bronx said we need more than prayers to keep these vital job makers afloat.

Gjonaj said owners in his district are being snuffed out. "Our commercial corridor our landscape is changing before our eyes.”

Andrew Rigie, the Executive Director of the New York Hospitality Alliance was more blunt. "It's like a death by a 1,000 cuts. Inspectors come in and hit them with fines instead of a warning with a cure period. There's red tape when they try to get permits, expand or open up."

Many businesses first try slashing their workforce and cutting employee hours, according to the Retail Workers' Union. The union that represents about 60,000 U.S. retail workers said it’s a losing equation, “You’re on your own.”

The union president said workers are very vulnerable. Stuart Applebaum, who heads the RWDSU said the question for those not covered by a union, "How do they support their families? What do they do if there's a health crisis? How do they educate their children?’

Even if companies are not going out of business completely, record-high closings mean mega chains are shutting stores.

Expect to see fewer stores from the Gap, Pier One, Walgreens, Chicos, Sears, K-Mart and Forever 21. All have announced store closings, totaling in the thousands.