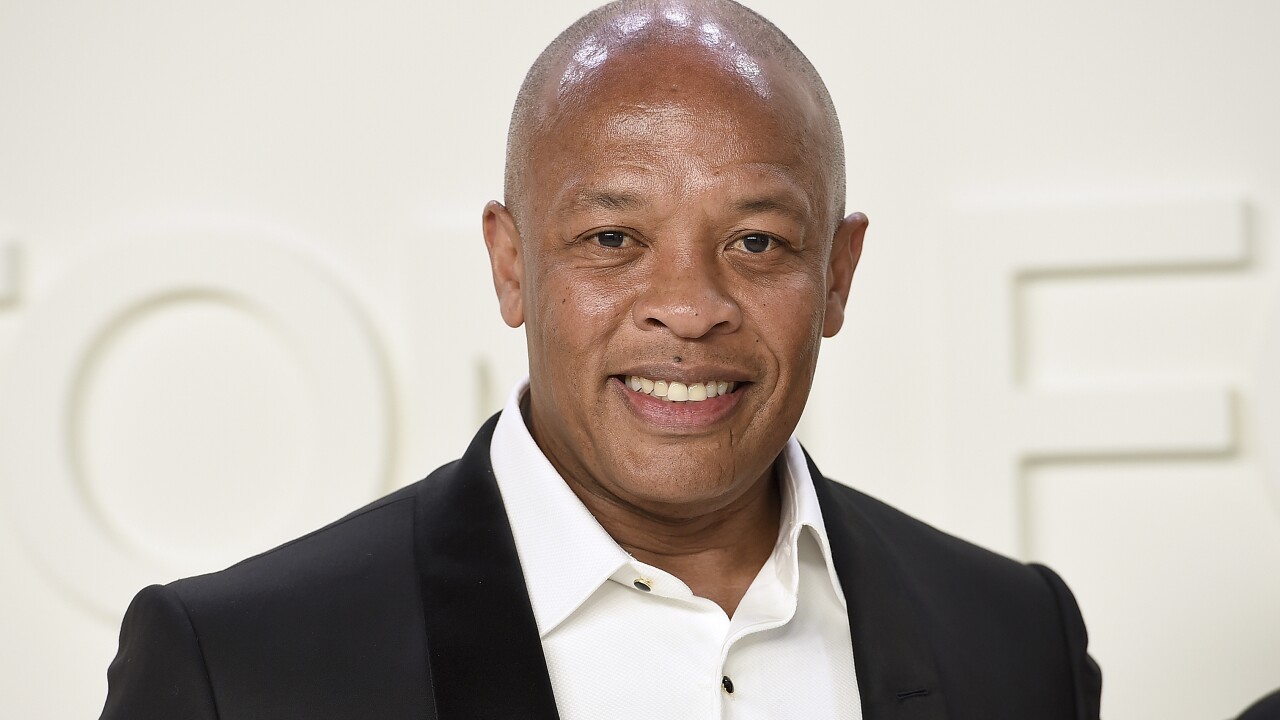 LOS ANGELES — Dr. Dre, a pioneer in hip hop with a body of work spanning several decades and an entrepreneur, has been hospitalized after suffering a brain aneurysm, according to TMZ, Deadline and the New York Post.

Dre, born Andre Romelle Young, was one of the founding members of seminal rap group N.W.A. Fellow N.W.A. member Ice Cube sent out his love and prayers via a tweet Tuesday evening.

Send your love and prayers to the homie Dr. Dre. pic.twitter.com/dWSgzunpjj

Dr. Dre went on to become a celebrated solo artist and producer with his solo debut, 1992's "The Chronic," which sold 5.7 million copies in the United States alone.

As a producer, he's known as someone responsible for the sound of some of rap's defining voices, including Snoop Dogg and Eminem. Dre's second album, 1999's "2001," sold 7.8 million copies off the strength of hit collaborations with both artists. Dr. Dre's most recent solo record, "Compton," was released in 2015.

Noooooo not Dr Dre 🙏🏿🙏🏿🙏🏿 praying for a speedy recovery

During the 2000s, Dre was an infrequent actor, appearing in "Set it Off," "The Wash" and "Training Day." He also produced the hit film "Straight Outta Compton," a biopic about the history of N.W.A.

Along with production partner and record company mogul Jimmy Iovine, Dr. Dre is the co-founder of Beats Electronics.