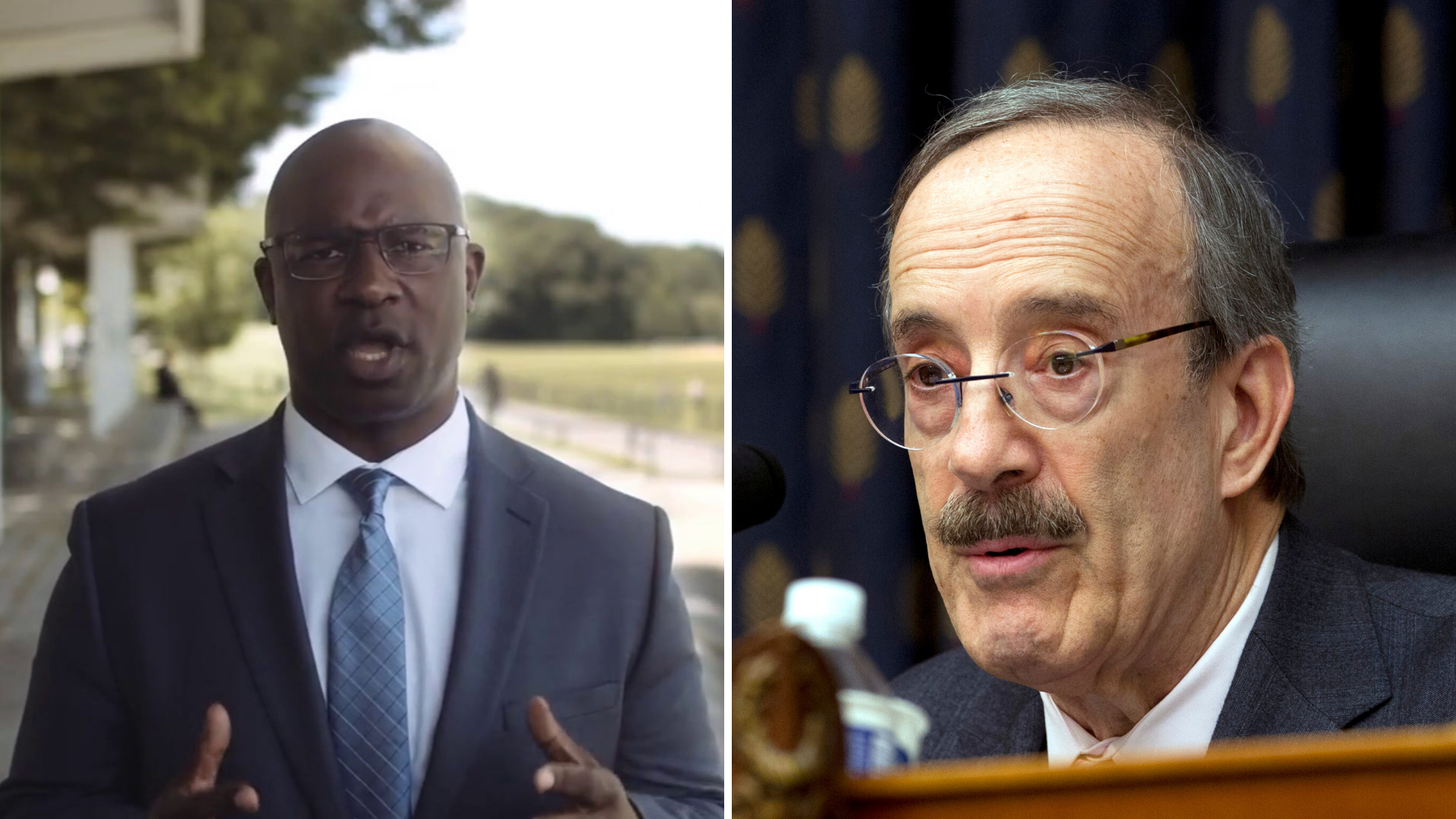 With many Democratic Party voters shifting farther to the left, progressives are flexing their muscle this election year, spearheading campaigns for candidates to replace long-time incumbents like New York Rep. Eliot Engel.

Chairman of the powerful House Foreign Affairs Committee, Engel is facing his toughest primary battle on June 23 since he was first elected to Congress in 1988. He is up against a Jamaal Bowman, a political novice but one with the backing of Rep. Alexandria Ocasio-Cortez and Sen. Bernie Sanders.

Bowman is striking out at Engel, claiming he has been absent from his district, maintaining a residence at his home in Maryland. He was back in the Bronx last week as it was being rocked by violence and was caught on a hot microphone saying that if he didn't have a primary, he wouldn't care. The statement went viral and some Democrats have called the moment politically fatal.

"It looks so good for progressives why because change is in the air and when there is change in the air, people don't vote for incumbents," said political analyst Hank Sheinkopf.

Sanders became the highest profile name to endorse Bowman this week. Sheinkopf believes the pandemic and the divisive climate in the country will be benefical to progressives.

Sheinkopf adds that Engel has another problem: his district has changed.

"Eliot Engel's problem is he's got a shifting population, more Blacks than ever before and younger people."

The New York Democratic establishment appears to have turned his back on Engel. City Comptroller Scott Stringer has endorsed Bowman. The Bowman campaign claims that since Engels' "I wouldn't care" gaffe, they've raised almost $500,000.