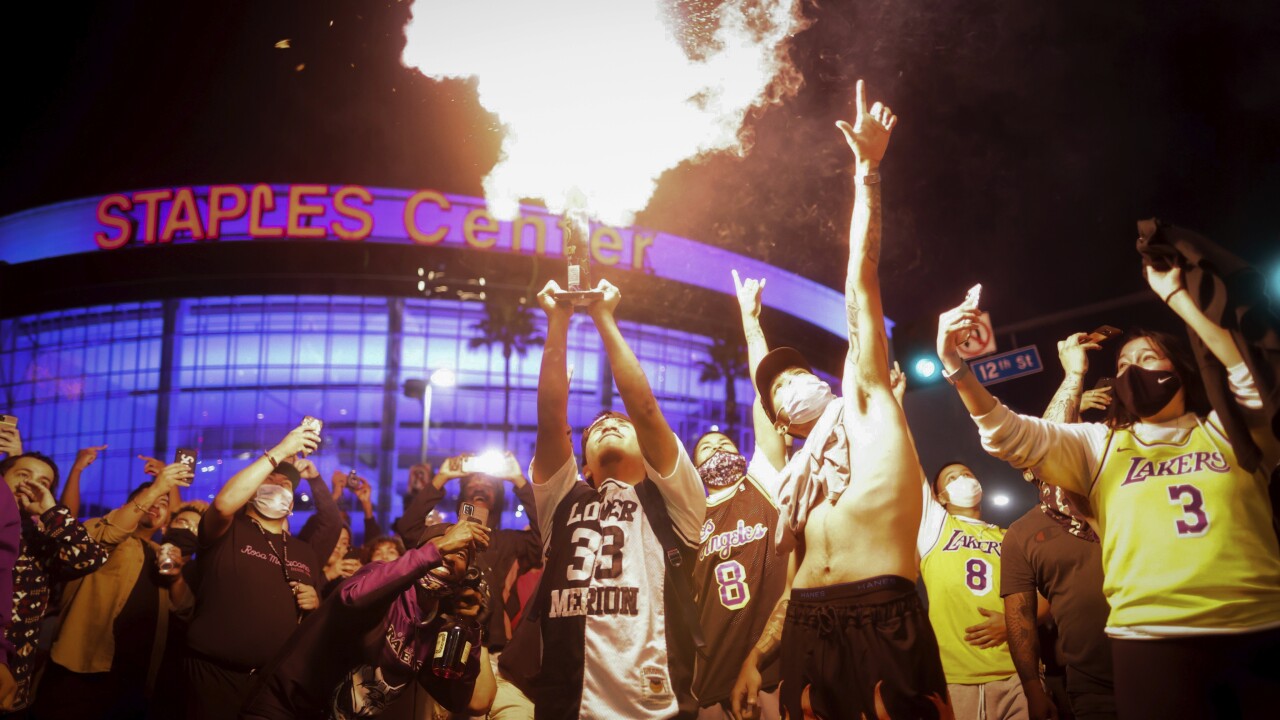 (Copyright 2020 The Associated Press. All rights reserved. This material may not be published, broadcast, rewritten or redistributed.)
Christian Monterrosa/AP
Los Angeles Lakers fans celebrate outside of Staples Center, Sunday, Oct. 11, 2020, in Los Angeles, after the Lakers defeated the Miami Heat in Game 6 of basketball's NBA Finals to win the championship. 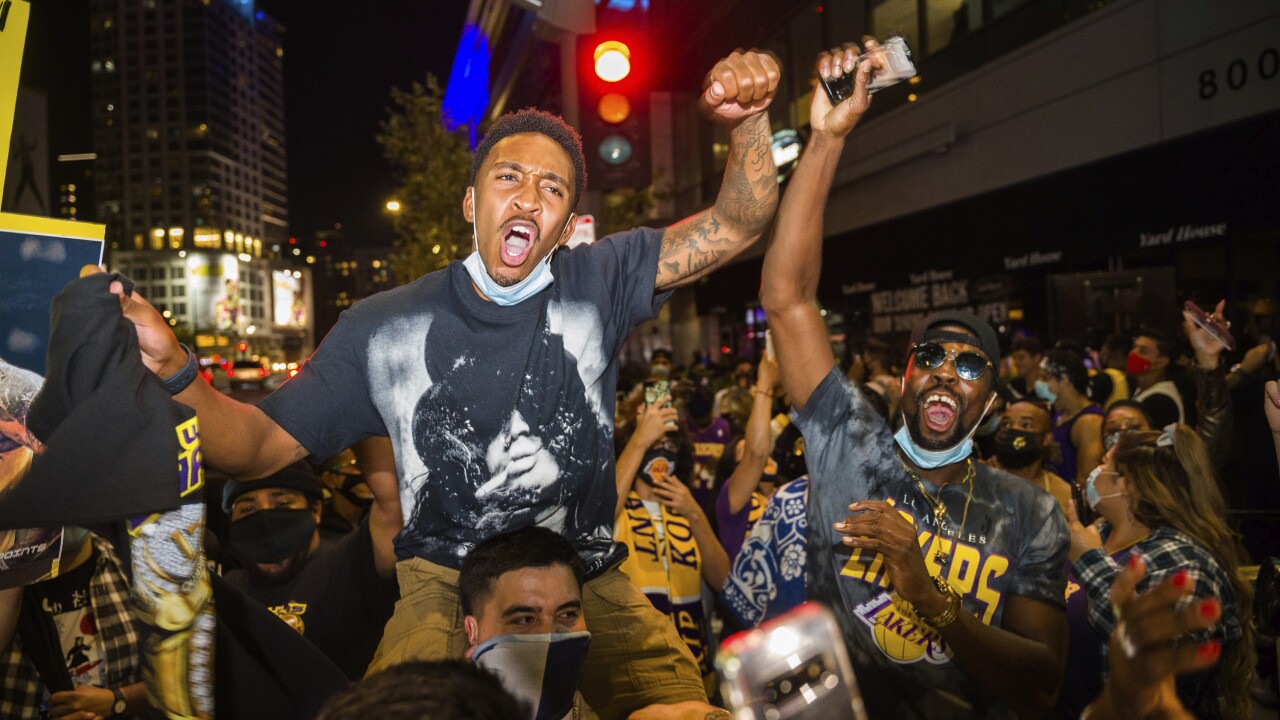 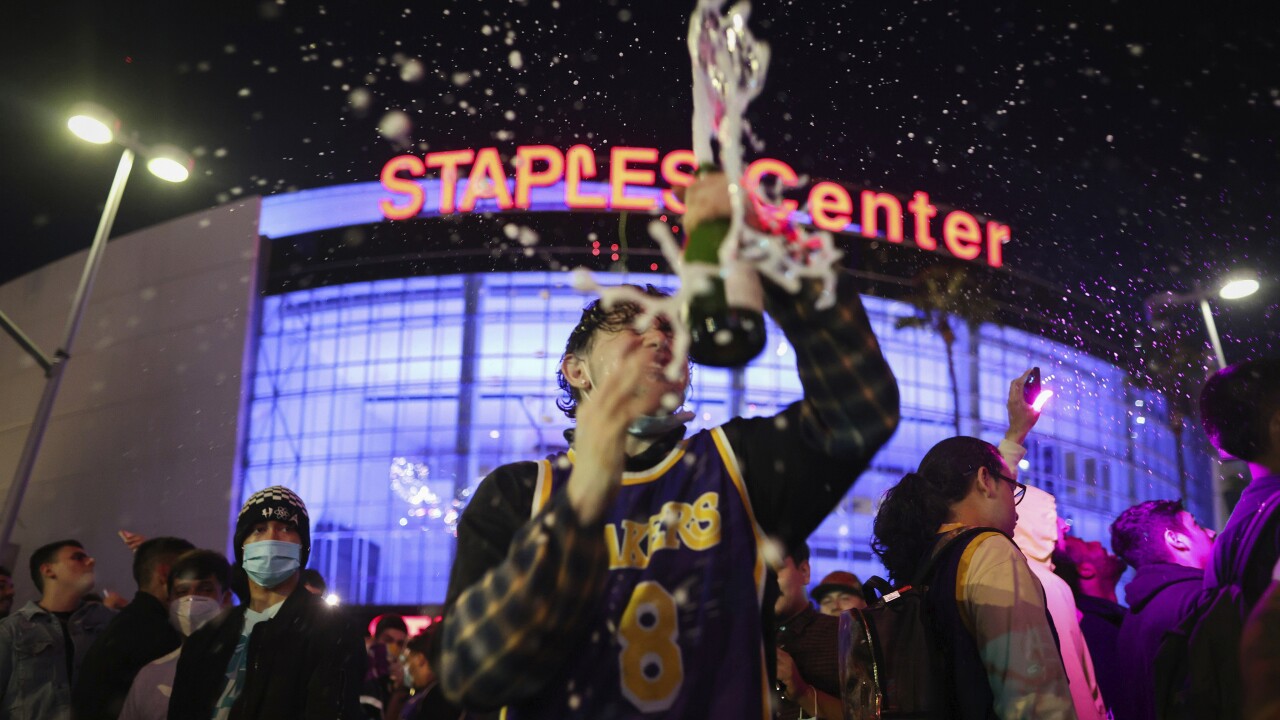 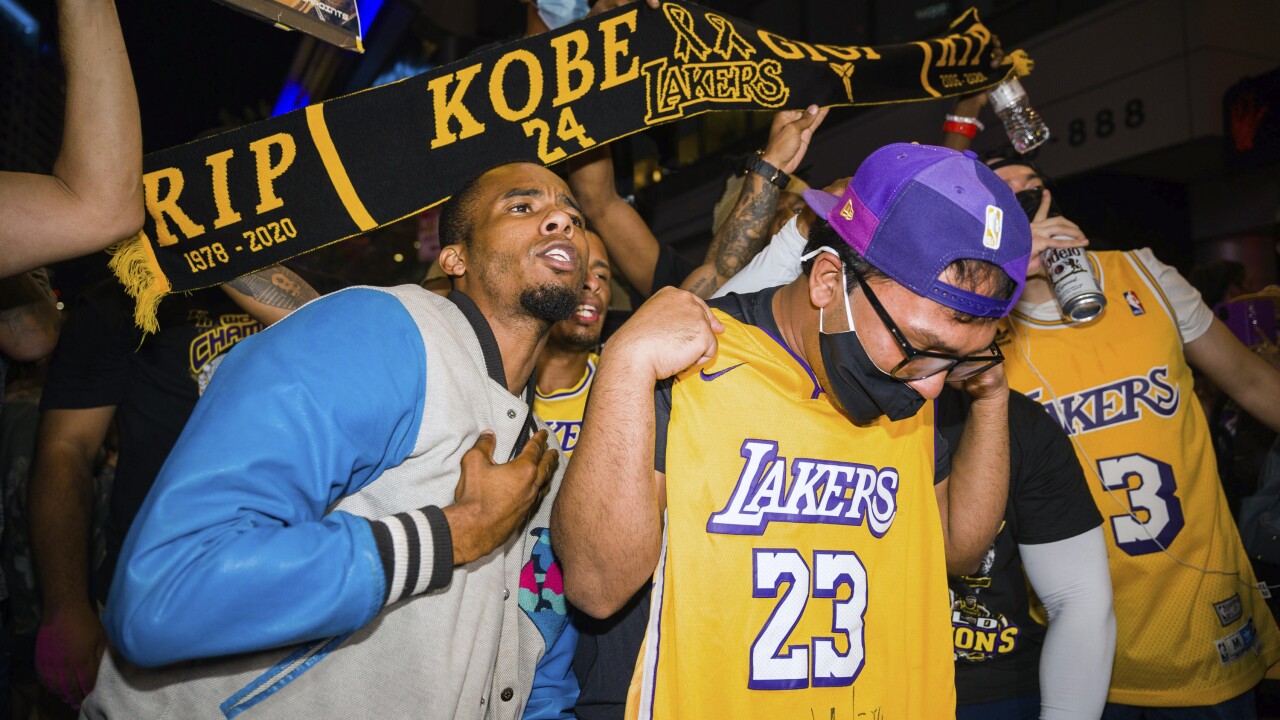 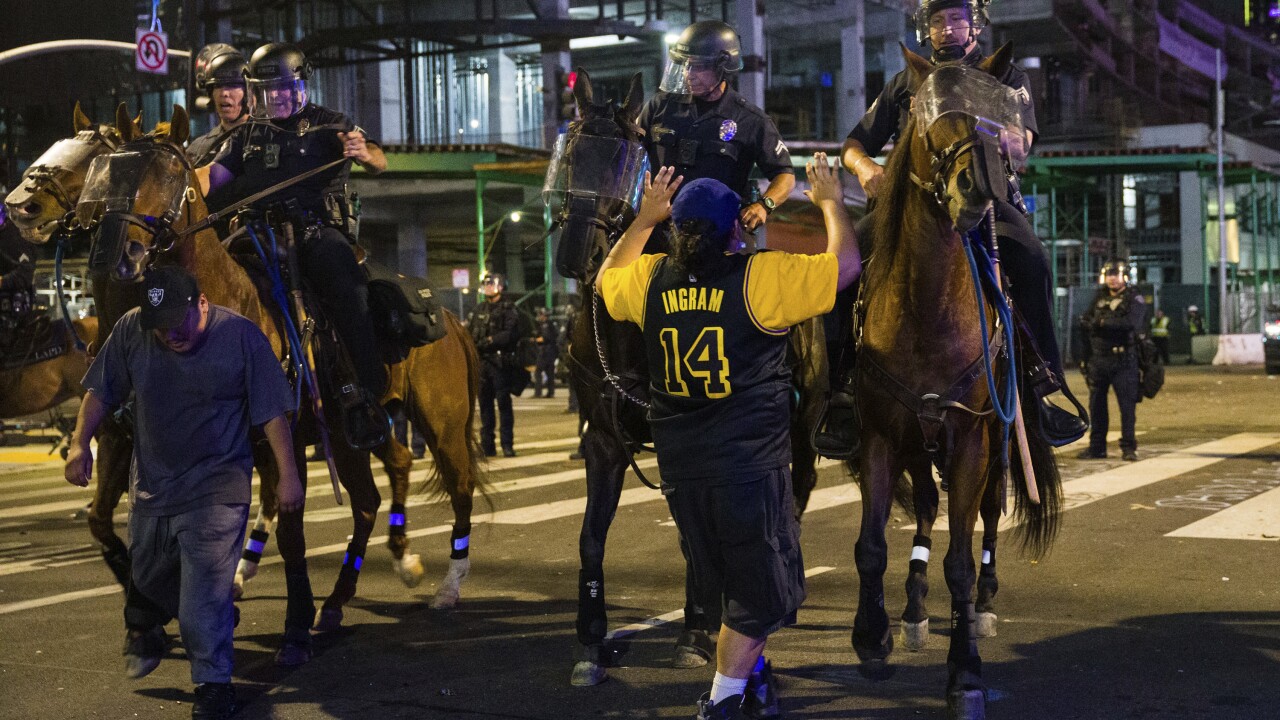 Thousands of people gathered outside Staples Center after the team beat the Miami Heat inside the bubble in Lake Buena Vista, Florida.

Multiple news outlets reported some fans got rowdy during celebrations — including rocks and bottles thrown at officers, fireworks being set in the street and cars doing “donuts.”

The mayor urged people on Twitter to celebrate the win from home.