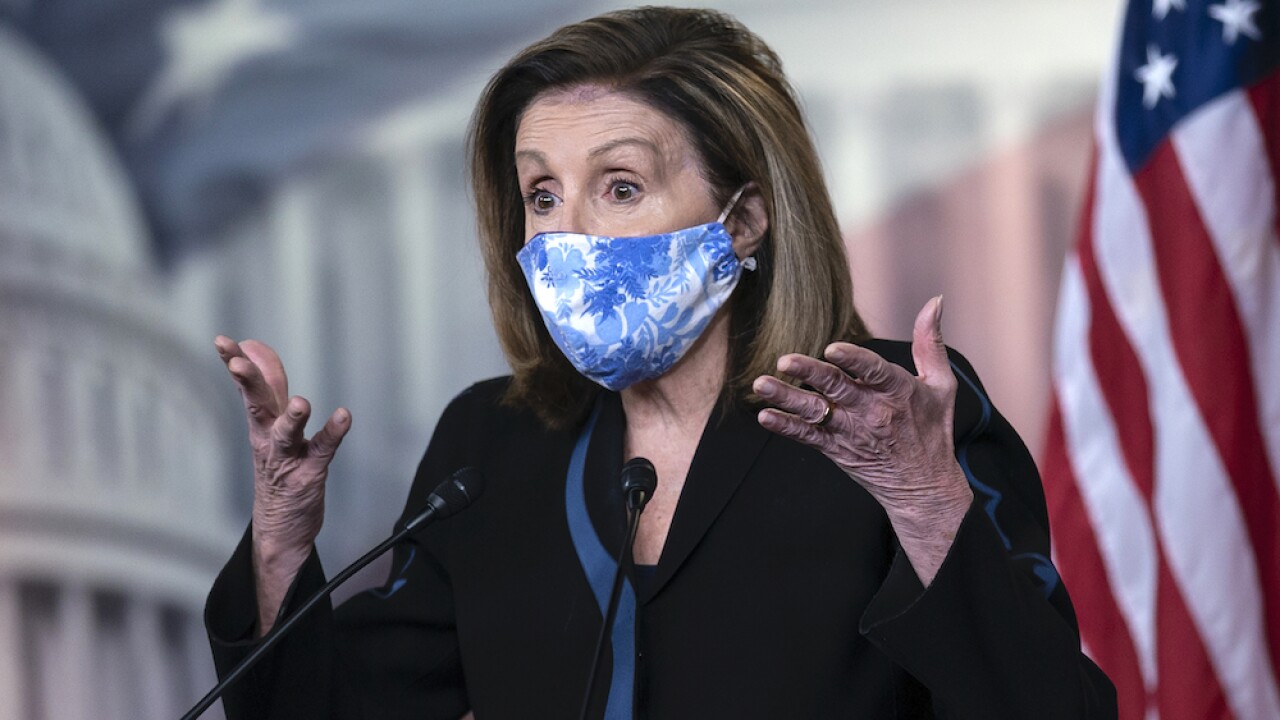 WASHINGTON — House Speaker Nancy Pelosi has named the nine House impeachment managers that would be responsible for prosecuting President Donald Trump should he be impeached for a second time — likely to happen before the week is done.

Each of the lawmakers chosen are different from the seven impeachment managers responsible for prosecuting Trump the first time. almost exactly one year ago.

“Tonight, I have the solemn privilege of naming the Managers of the impeachment trial of Donald Trump,” said Pelosi said. “It is their constitutional and patriotic duty to present the case for the President’s impeachment and removal. They will do so guided by their great love of country, determination to protect our democracy and loyalty to our oath to the Constitution. Our Managers will honor their duty to defend democracy For The People with great solemnity, prayerfulness and urgency.”

The House presented one article of impeachment against Trump this week, alleging "incitement of insurrection" over the president's speech Wednesday, which was followed by a mob of his supporters storming and overtaking the U.S. Capitol.

“President Trump gravely endangered the security of the United States and its institutions of Government,” reads the four-page impeachment article, which was introduced by Democratic Reps. David Cicilline of Rhode Island, Ted Lieu of California and Jamie Raskin of Maryland.

“He will remain a threat to national security, democracy, and the Constitution if allowed to remain in office,” it reads.

The House is expected to impeach Trump on Wednesday for his encouragement of supporters who violently stormed the U.S. Capitol, a vote that would make him the first American president to be impeached twice.

The House voted to impeach Trump on the two counts in December 2019. He was not convicted or removed from office in his Senate trial.