Pelosi: House to proceed with articles of impeachment against Trump 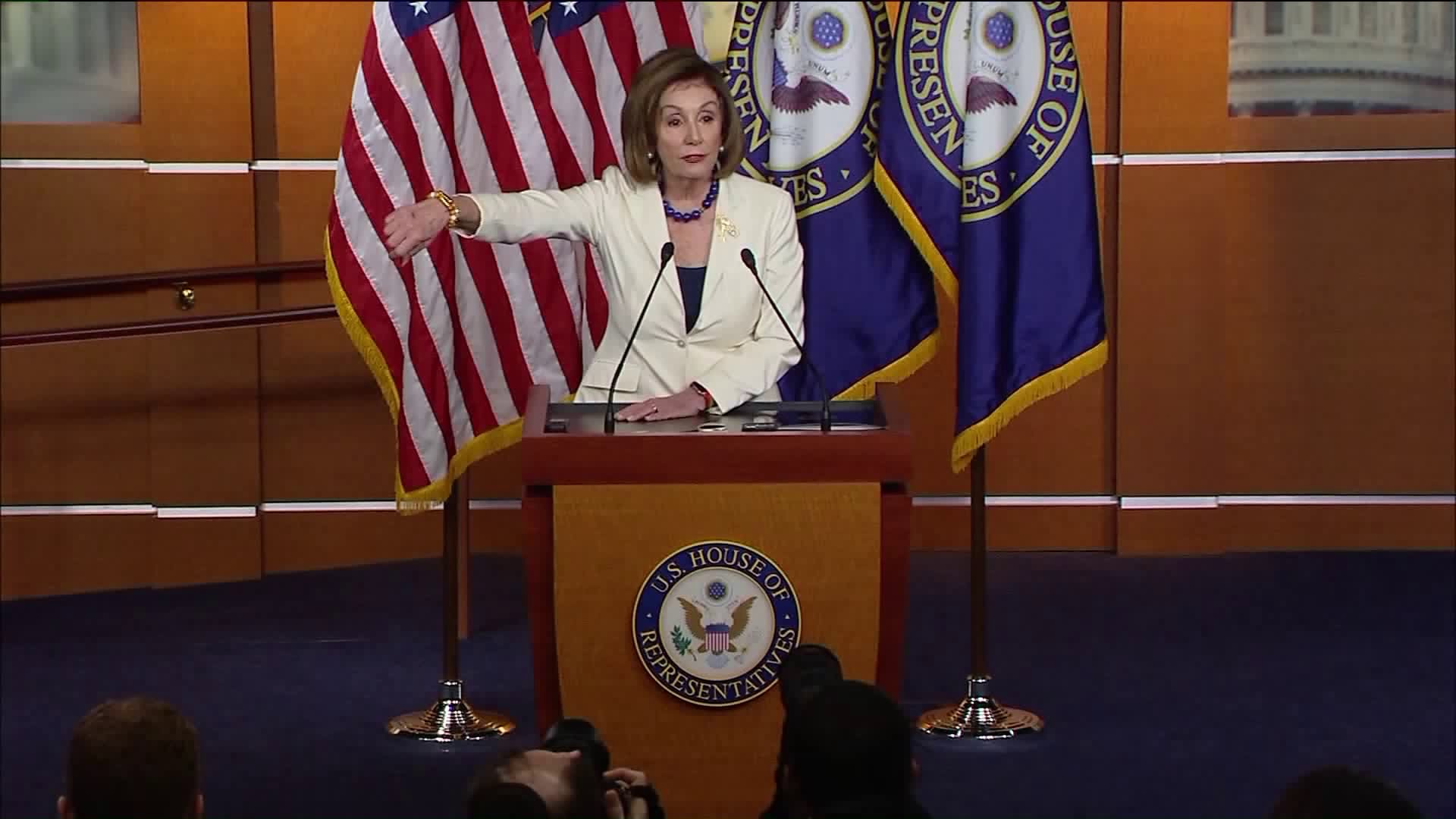 Pelosi delivered the historic announcement Thursday from the speaker's offices at the Capitol.

Trump, meanwhile, tweeted that if Democrats are going to impeach him, he wants them to "do it now, fast"' so he can get on to Senate trial.

Pelosi said she was authorizing the drafting of articles of impeachment “sadly but with confidence and humility.”

At the heart of the impeachment probe is a July call with the president of Ukraine, in which Trump pressed the leader to investigate Democrats and political rival Joe Biden as Trump was withholding aid to the country.

.....trial in the Senate, and so that our Country can get back to business. We will have Schiff, the Bidens, Pelosi and many more testify, and will reveal, for the first time, how corrupt our system really is. I was elected to “Clean the Swamp,” and that’s what I am doing!