NWSL players kneel before anthem in return to play 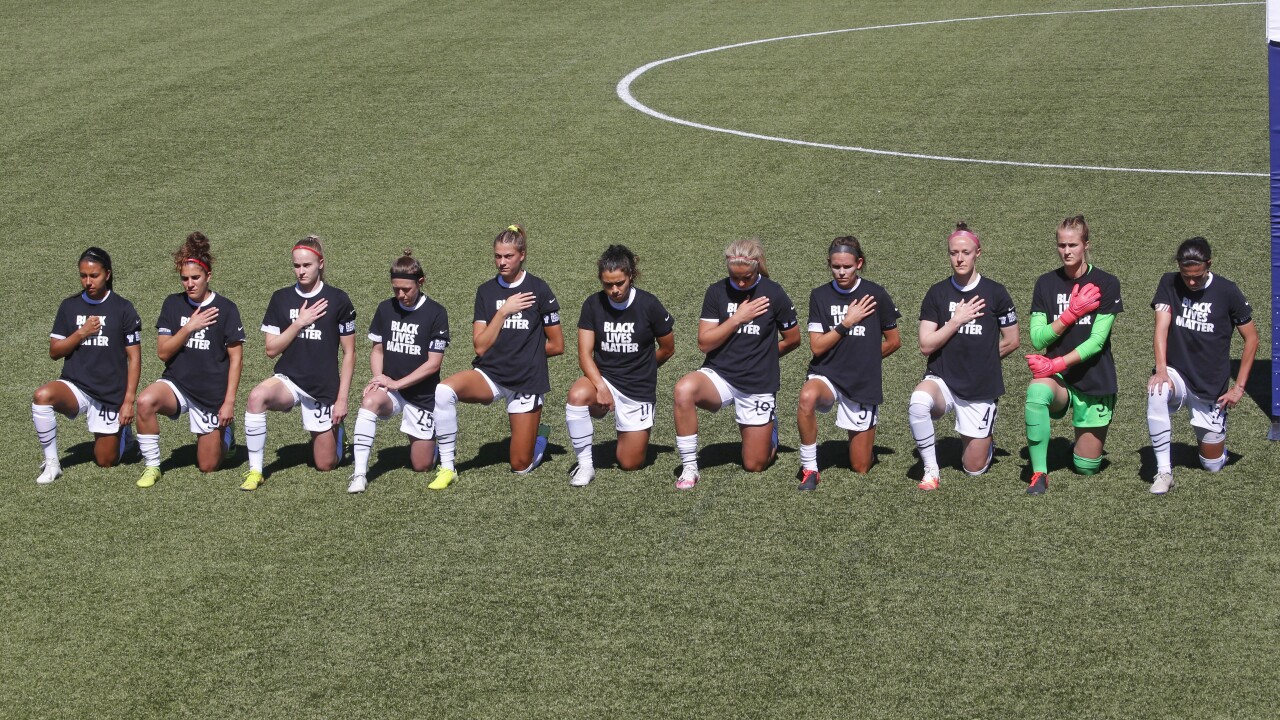 Rick Bowmer/AP
Players for the Portland Thorns knell during the national anthem before the start of their NWSL Challenge Cup soccer match against the North Carolina Courage at Zions Bank Stadium Saturday, June 27, 2020, in Herriman, Utah. (AP Photo/Rick Bowmer)

SANDY, Utah — Players for the Portland Thorns and the North Carolina Courage knelt during the national anthem Saturday as the National Women’s Soccer League opened the Challenge Cup tournament in Utah.

The players wore Black Lives Matter T-shirts in warmups before the game, which was nationally televised on CBS.

In addition to the anthem, the players knelt for a moment of silence before kickoff.