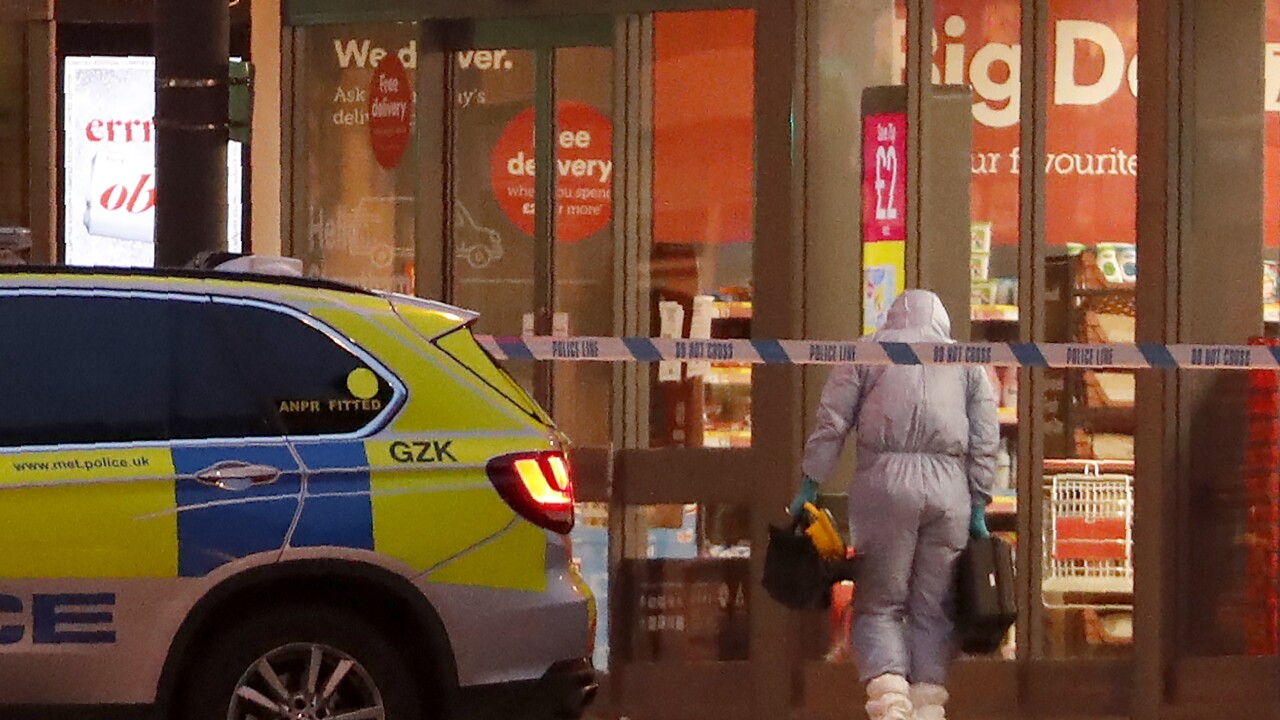 (Copyright 2020 The Associated Press. All rights reserved. This material may not be published, broadcast, rewritten or redistributed.)
Alastair Grant/AP
A police forensic officer works near the scene after a stabbing incident in Streatham London, England, Sunday, Feb. 2, 2020. London police officers shot and killed a suspect after at least two people were stabbed Sunday in what authorities are investigating as a terror attack.

LONDON — London police say three people were wounded during a “terrorism-related” stabbing attack and one victim's injuries are life-threatening.

Officers shot and killed a suspect in the Sunday afternoon attack in the Streatham neighborhood of south London.

Officials say they think the attack on a commercial street had ties to Islamic extremism. They said two people were stabbed and one received injuries from flying glass.

After witnesses reported seeing the suspect wearing what looked like a suicide vest, London police said the man was wearing a “hoax" explosive device when officers shot and killed him.

The violence there marked a departure from recent attacks in the British capital that took place near high-profile landmarks in central London.

One told Sky News he saw undercover police officers chasing a man down the neighborhood's main commercial street and yelling at him to stop.