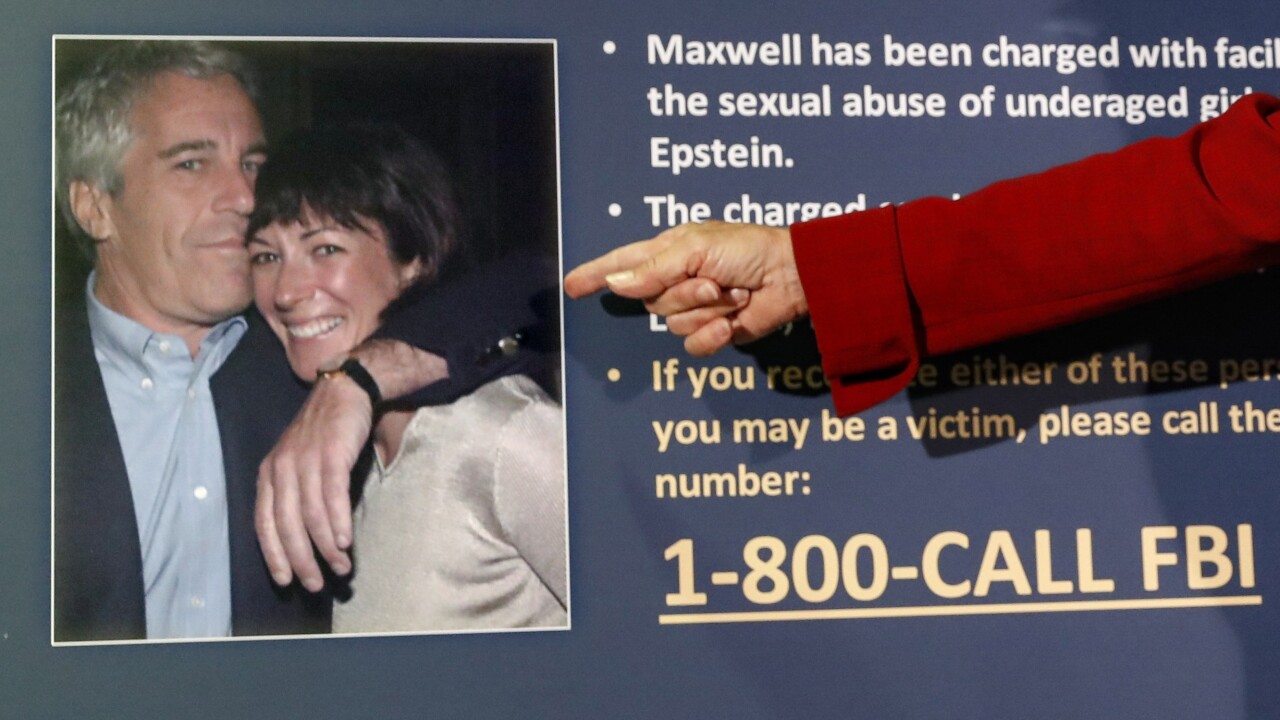 John Minchillo/AP
FILE - In this July 2, 2020, file photo, Audrey Strauss, acting U.S. attorney for the Southern District of New York, points to a photo of Jeffrey Epstein and Ghislaine Maxwell during a news conference in New York. On Tuesday, Nov. 24, one of Maxwell's attorneys said that her client is awakened every 15 minutes in jail while she sleeps to ensure she's breathing. (AP Photo/John Minchillo, File)

NEW YORK — A lawyer for a British socialite charged with procuring teenage girls in the 1990s for financier Jeffrey Epstein to sexually abuse says her client's sleep is interrupted every 15 minutes in jail to ensure she is breathing.

She asked a judge to intervene on her client's behalf. She said Maxwell has no history of mental health issues or suicidal thoughts.

Maxwell is being held without bail in a federal facility in Brooklyn as she awaits a July trial. Prosecutors declined to comment.