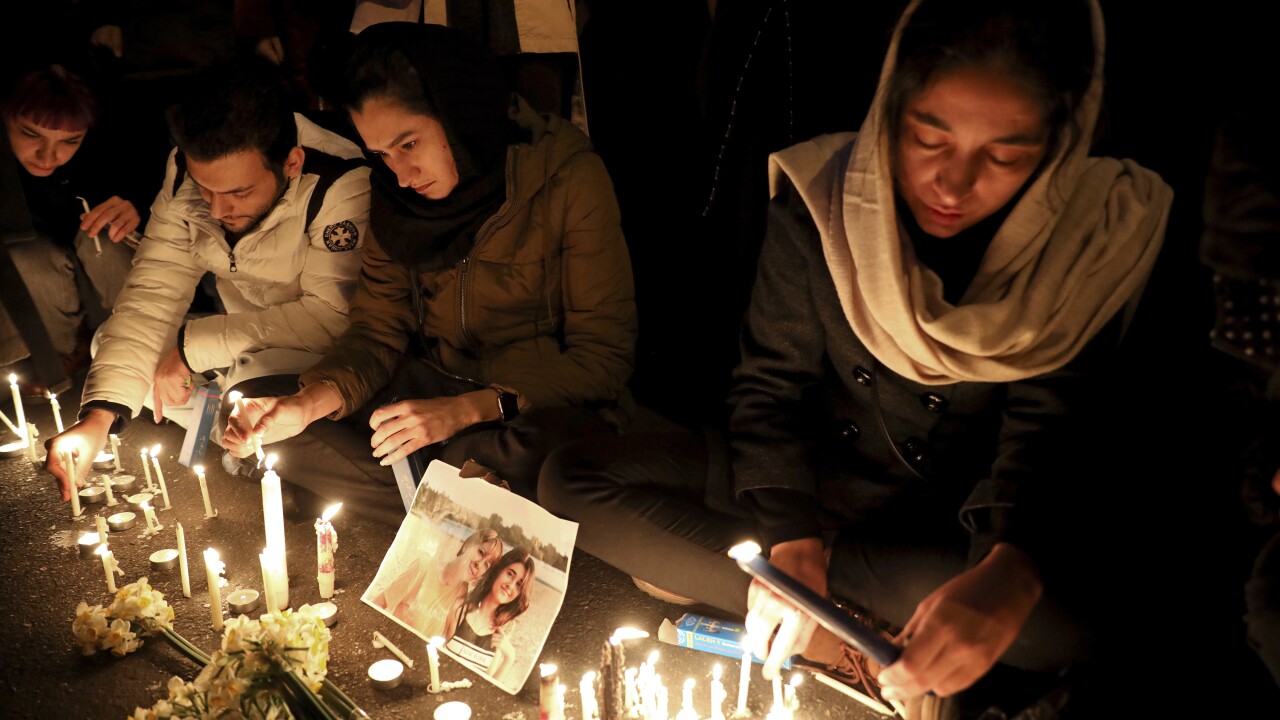 (Copyright 2020 The Associated Press. All rights reserved. This material may not be published, broadcast, rewritten or redistributed.)
Ebrahim Noroozi/AP
People gather for a candlelight vigil to remember the victims of the Ukraine plane crash, at the gate of Amri Kabir University that some of the victims of the crash were former students of, in Tehran, Iran, Saturday, Jan. 11, 2020. Iran on Saturday, Jan. 11, acknowledged that its armed forces "unintentionally" shot down the Ukrainian jetliner that crashed earlier this week, killing all 176 aboard, after the government had repeatedly denied Western accusations that it was responsible. (AP Photo/Ebrahim Noroozi)

DUBAI — Iran's judiciary says arrests have been made over the shootdown of a Ukrainian plane that killed all 176 people on board.

A judiciary spokesman says that “extensive investigations have taken place and some individuals are arrested.”

He was quoted by Iranian state media on Tuesday, but did not say how many individuals have been detained or name them.

Earlier in the day, Iranian President Hassan Rouhani called for a special court to be set up to try those responsible for the plane shootdown.

The announcement comes just a day after protests over Iran belatedly acknowledging the accidental downing of the passenger plane, killing scores of Iranians at a time of soaring tensions with the United States.