House votes to send Trump impeachment to Senate for trial 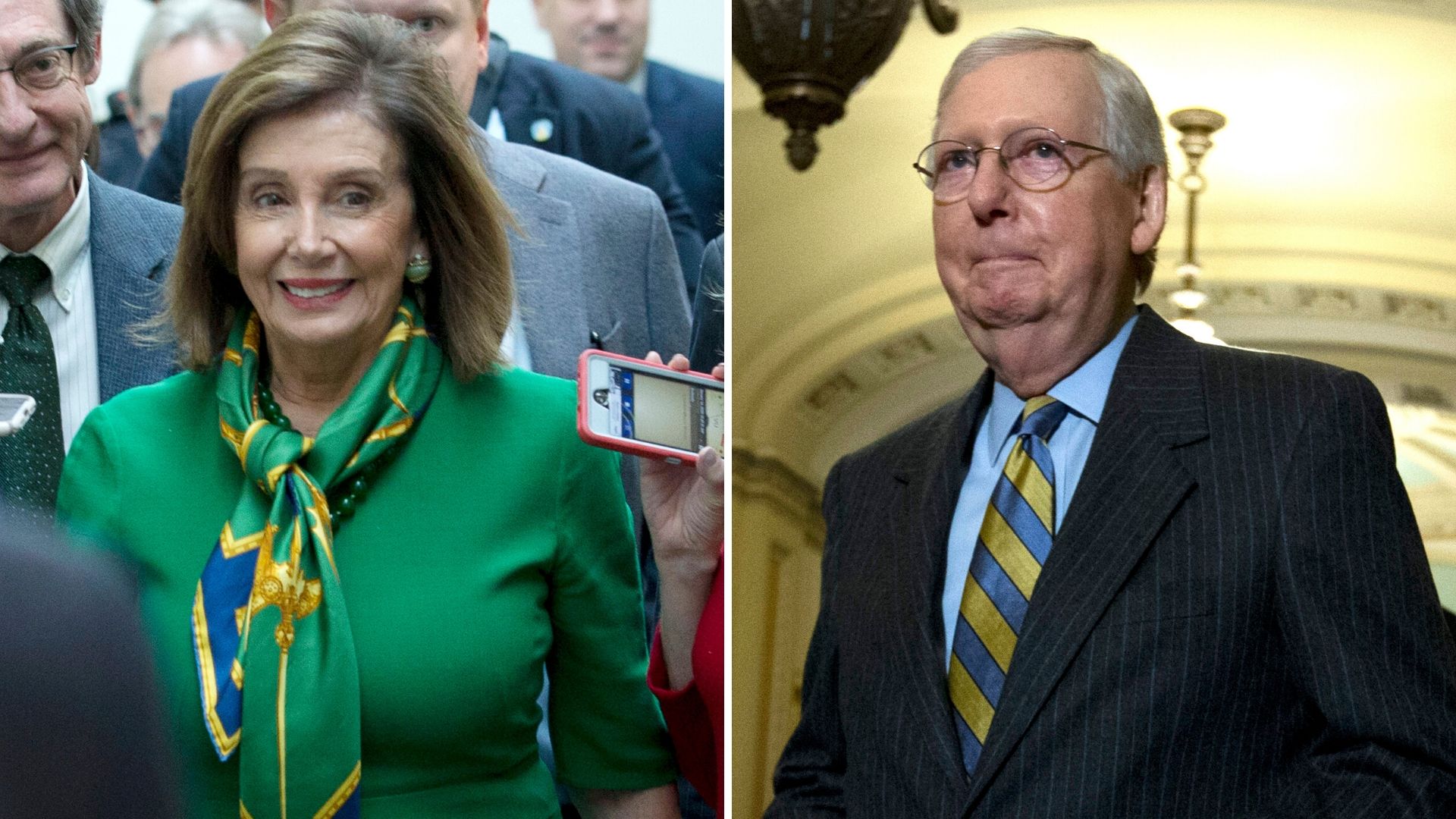 The House is preparing to vote to send article of impeachment against President Donald Trump to the Senate for a landmark trial on whether the charges of abuse of power and obstruction of Congress are grounds for removal. After the midday Wednesday vote, House managers named to prosecute the case will walk the articles across the Capitol in a dramatic evening procession. The Senate is expected to transform into an impeachment court as early as Thursday. The Constitution calls for the chief justice to preside over senators, who serve as jurors, to swear an oath to deliver "impartial justice.''

The House of Representatives approved a resolution that appointed seven House Democrats as impeachment managers and sent articles of impeachment against President Donald Trump to the Senate.

The articles are expected to be delivered to the Senate as early as this afternoon.

Below, the House votes to send articles of impeachment to the Senate. Refresh page for latest.

Senate Majority Leader Mitch McConnell (R-Kentucky) is expected to move ahead quickly with an impeachment trial. McConnell told reporters Tuesday that he fully expects the trial to be underway by next Tuesday.

McConnell has said he will hold a full trial instead of merely voting to dismiss the articles. However, he is expected to formally approve ground rules for the trial without Democrat support and without first approving a witness list.

The House voted to impeach Trump on the two counts in December. Pelosi had previously said she would not send articles of impeachment over to the Senate until she was assured that a fair trial would be conducted.

House Democrats allege that Trump abused his power by withholding taxpayer funds earmarked for defense in Ukraine in exchange for Ukranian President Volodymyr Zelensky announcing an investigation into potential corruption regarding Joe Biden's son, who sat on the board for a Ukranian energy company. Hunter Biden has not faced any corruption charges in Ukraine or the United States. House Democrats also allege Trump obstructed Congress by not participating in impeachment proceedings against him.

Today, I have the privilege of naming the Managers of the impeachment trial of the President. #DefendOurDemocracy pic.twitter.com/Y2613Ni3pC

Above, Nancy Pelosi announces the House managers in the Senate impeachment trial.