Fifty years after national report on racism, what changed and what didn't? 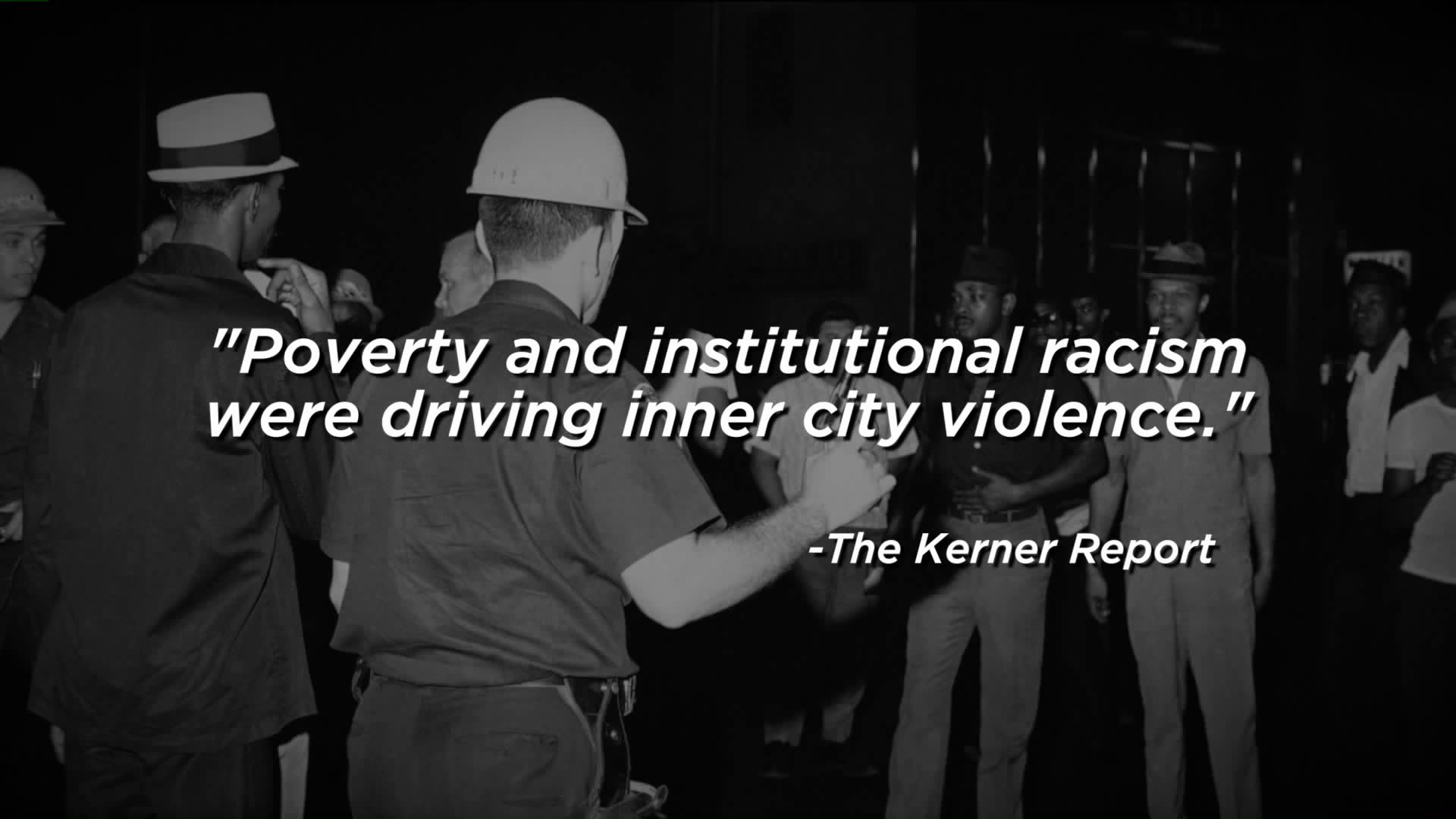 PIX11's Craig Treadway took a look back at the Kerner Report, a five-decade old report that examined racial unrest.

As we look at protests that rocked American cities, including New York, many are like him, getting the feeling that we've been here before.

Five decades ago, following a particularly violent summer of unrest, President Lundon Johnson commissioned the Kerner Report, meant to identify the genesis of the violence.

The report spoke loudly to the climate of that time, but today, many believe the nation's leaders didn't hear.

Hamm was 12 years old when Newark dealt with an uprising in 1967.

He said he's more optimistic today, pointing out the diverse sea of people taking to the streets.

Younger Americans, he said, especially young white Americans, are tired of the the rhetoric surrounding racial and economic injustice and are poised to demand change as allies.