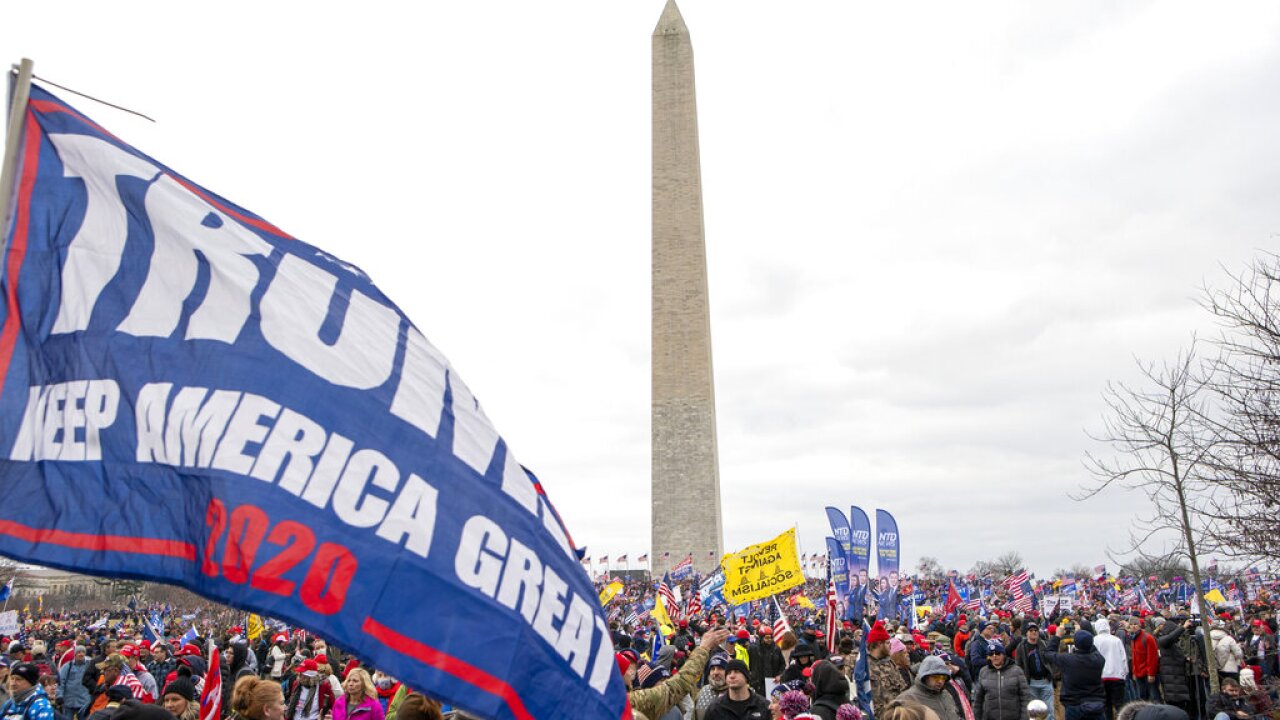 Jose Luis Magana/AP
With the Washington Monument in the background, people attend a rally in support of President Donald Trump on Jan. 6, 2021, in Washington D.C. Rally attendees later stormed the Capitol building, forcing a lockdown.

The agency said Monday that it was implementing the temporary closure "in response to credible threats to visitors and park resources."

Park officials said groups involved in last week’s riot at the U.S. Capitol are continuing to “threaten to disrupt” Biden’s inauguration on Jan. 20. As a result, officials are shutting down tours at the Washington Monument beginning Monday, and running through Jan. 24.

Officials said they may also institute some temporary closures to roads, parking areas and restrooms on the National Mall and could extend the closures “if the conditions persist.”