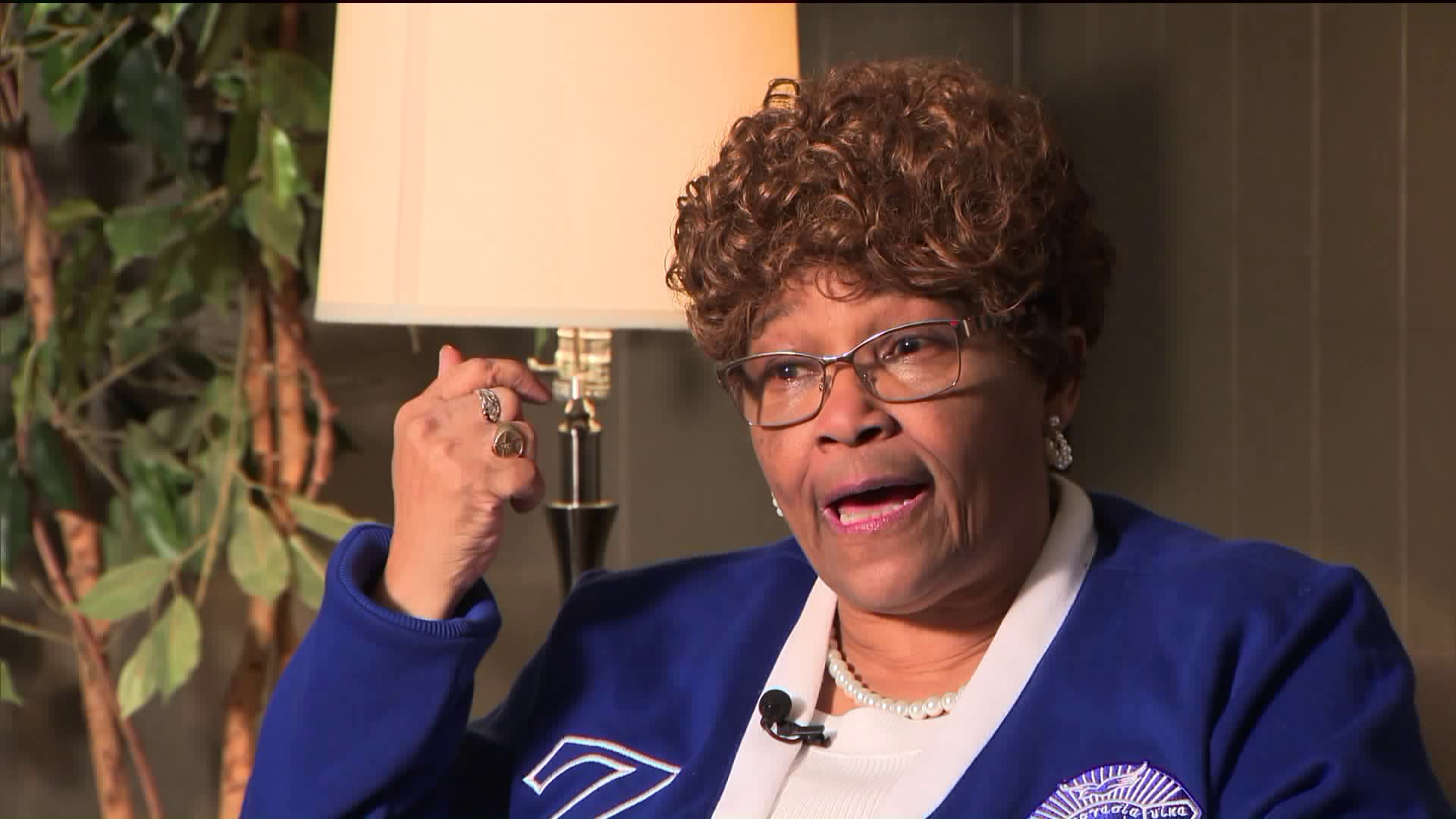 Before Greta Thunberg's strike for climate change, or Malala Yousafzai overcame a shooting to advocate for girls' and women's rights, there was Lynda Blackmon Lowery.

NEW YORK — Hate speech, crimes against fellow citizens just because they're different, and massive marches to counter those dangers — they're all elements of recent news headlines, but they're also part and parcel of events that took place more than half a century ago during the civil rights movement.

Because of that commonality between then and now, a new musical is as relevant as ever.

"Turning 15 on the Road to Freedom" kicks off its national tour in New York this weekend.

It's the story of Lynda Blackmon Lowery, 70, who was the youngest of the 600 marchers who, in March of 1965, braved guns in their faces, Ku Klux Klansmen threatening them, death threats from bystanders, and other dangers, in order to march from Selma, Alabama to the state capitol building in Montgomery.

Rev. Dr. Martin Luther King led the way, and in the end, the marchers met up with 25,000 demonstrators on the capitol grounds, who demanded the right to vote that had been denied to them.

"I wanted to then go and let George Wallace know he had created his worst nightmare," Lowery told PIX11 News in a recent interview. Wallace, a strict segregationist, was Alabama's governor at the time.

The march was pivotal in getting the Voting Rights Act passed into law five months later.

On the way, however, Lowery and the other protesters and marchers faced great and dangerous challenges. When they'd first tried to march, they were met with state troopers and sheriff's deputies, who were under orders to stop the effort by any means possible.

"I was beaten," Lowery told PIX11 News. "I still carry those scars. I received seven stitches over my right eye, 28 in the back of my head."

She, along with hundreds of others, including now-Representative John Lewis, were badly injured in what was dubbed Bloody Sunday.

Two weeks later, after Pres. Lyndon Johnson mobilized National Guard troops to protect them, Lowery joined hundreds of others on the 54-mile march from Selma to Montgomery.

She was 14 years old, and as the title of the musical, which is based on a memoir of the same name, implies, she had her fifteenth birthday during the days-long march.

"I had gone about 40 years without telling the story," she said. Her sister had told writers Elspeth Leacock and Susan Buckley, who in the 2000's were assembling stories about the civil rights movement, about Lowery. That ultimately led to Lowery's memoir being written.

It, in turn, caught the attention of Ally Sheedy, the actress best known for her roles in the blockbuster 1980s movies "The Breakfast Club," and "St. Elmo's Fire," as good material for a musical. Sheedy produced "Turning 15" with two other partners.

Its national tour debut is this Saturday and Sunday https://www.trcnyc.org/turning15/, at the Riverside Theatre, at Riverside Church, in Morningside Heights, in upper Manhattan.

"My story," Lowery said, "lets people know they have a voice, especially the children."

Her voice helped lead the effort that got longshot candidate Doug Jones elected to the U.S. Senate from Alabama two years ago.

This year, Lowery, who risked her young life to ensure that everybody can vote, encourages everyone else to exercise that right.

"Wherever you live, there's something to vote on," she said in her PIX11 News interview. "See your way clearly to that poll, so we can change things."