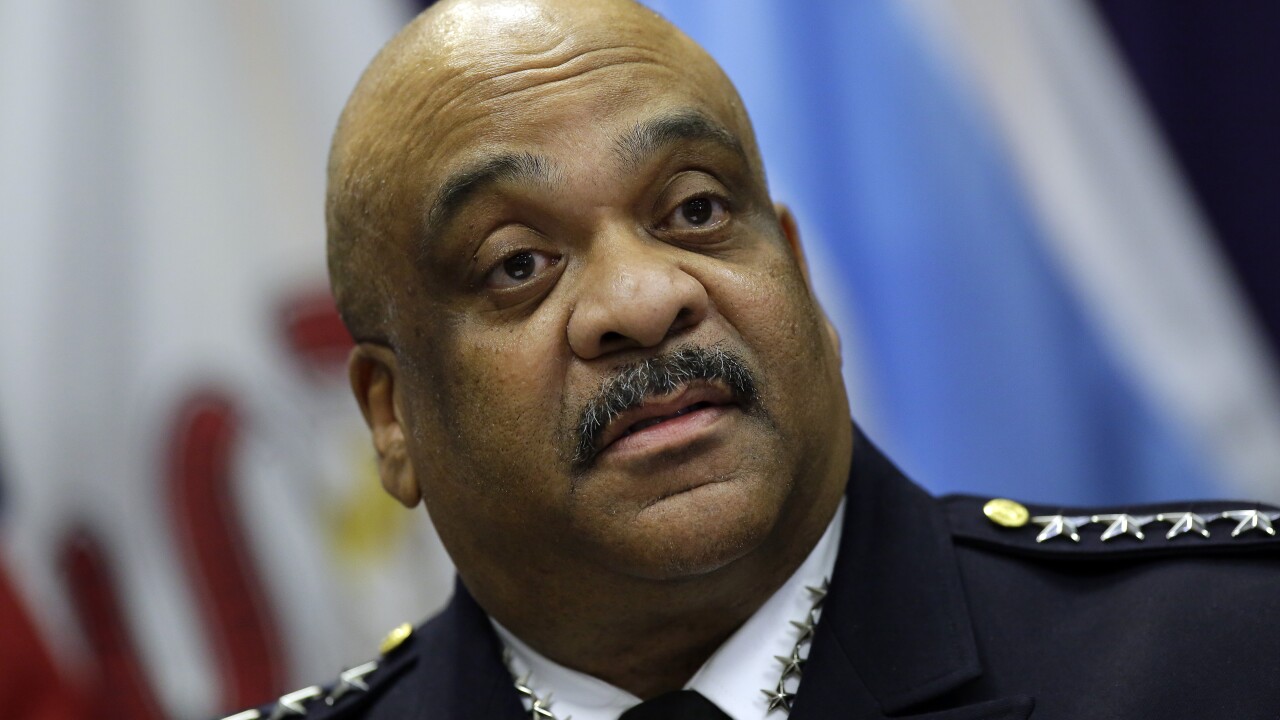 Joshua Lott/Getty Images
CHICAGO, IL - NOVEMBER 07: Chicago Police Department Superintendent Eddie Johnson announces his retirement during a news conference at the Chicago Police Department's headquarters November 7, 2019 in Chicago, Illinois. Johnson who will retire at the end of the year was promoted to Superintendent in 2016 and has been on the police force for 31 years. (Photo by Joshua Lott/Getty Images)

Lightfoot said she decided to fire Johnson after reviewing an inspector general’s report on its investigation into a recent incident in which he was found asleep behind the wheel of his SUV. Lightfoot didn’t provide additional details.

“Mr. Johnson was intentionally dishonest with me and communicated a narrative replete with false statements regarding material aspects of the incident that happened in the early morning hours of October 17,” Lightfoot said in a statement. “Had I known all the facts at the time, I would have relieved him of his duties as superintendent then and there.”

Johnson announced in November that he would retire at the end of the year after more than 30 years with the department.

Johnson, a native Chicagoan, held just about every rank on the police force. He was named superintendent in 2016 by then-Mayor Rahm Emanuel, who had fired Superintendent Garry McCarthy after the release of the now-infamous video of Officer Jason Van Dyke fatally shooting Laquan McDonald and was scrambling to restore confidence in both himself and the department.