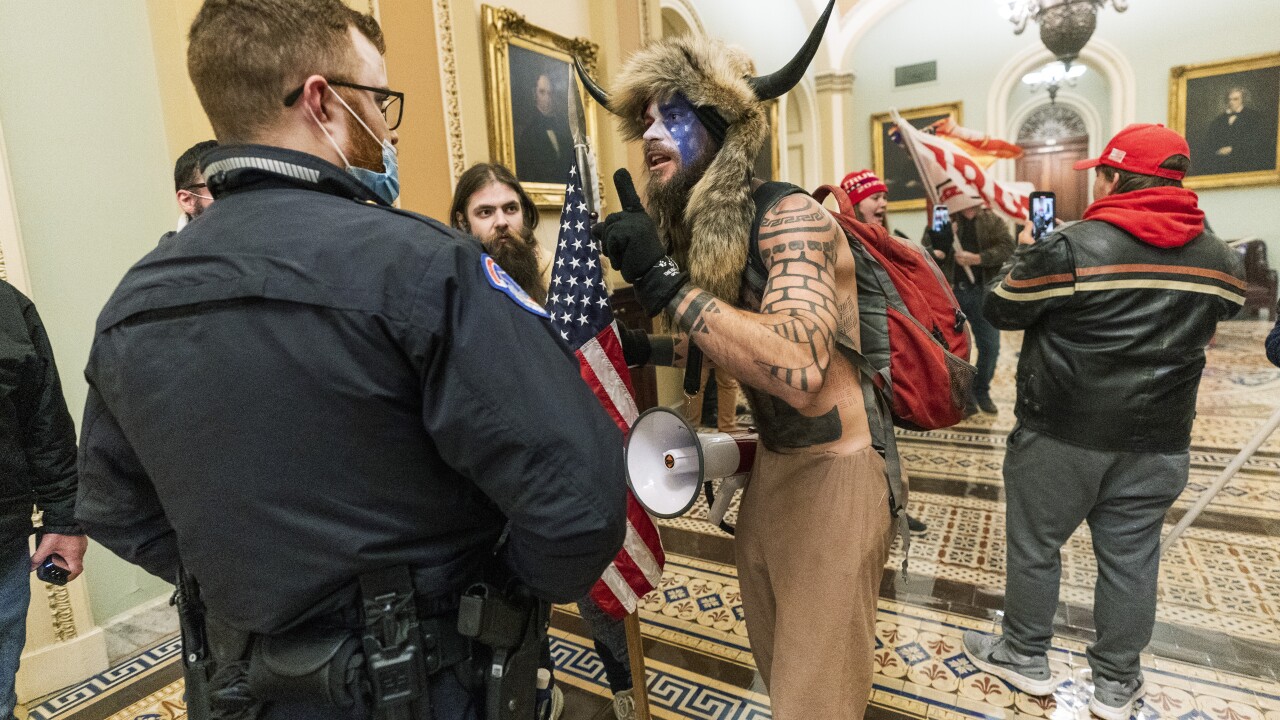 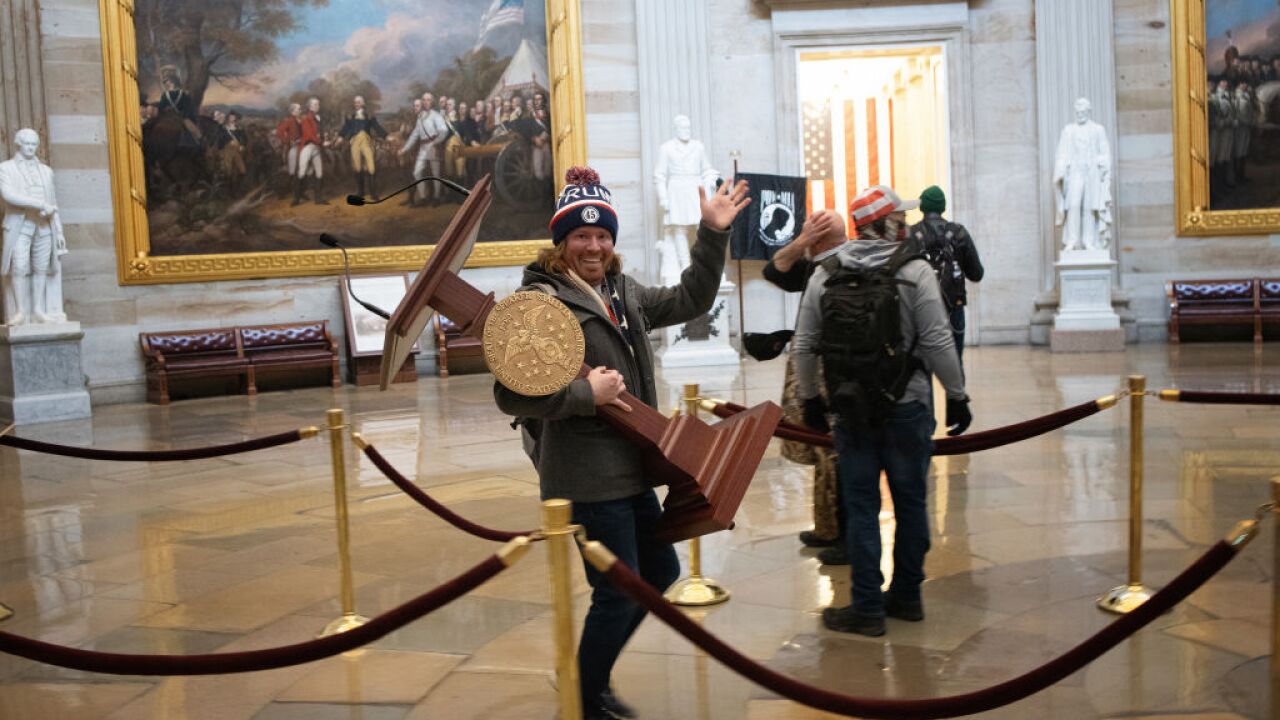 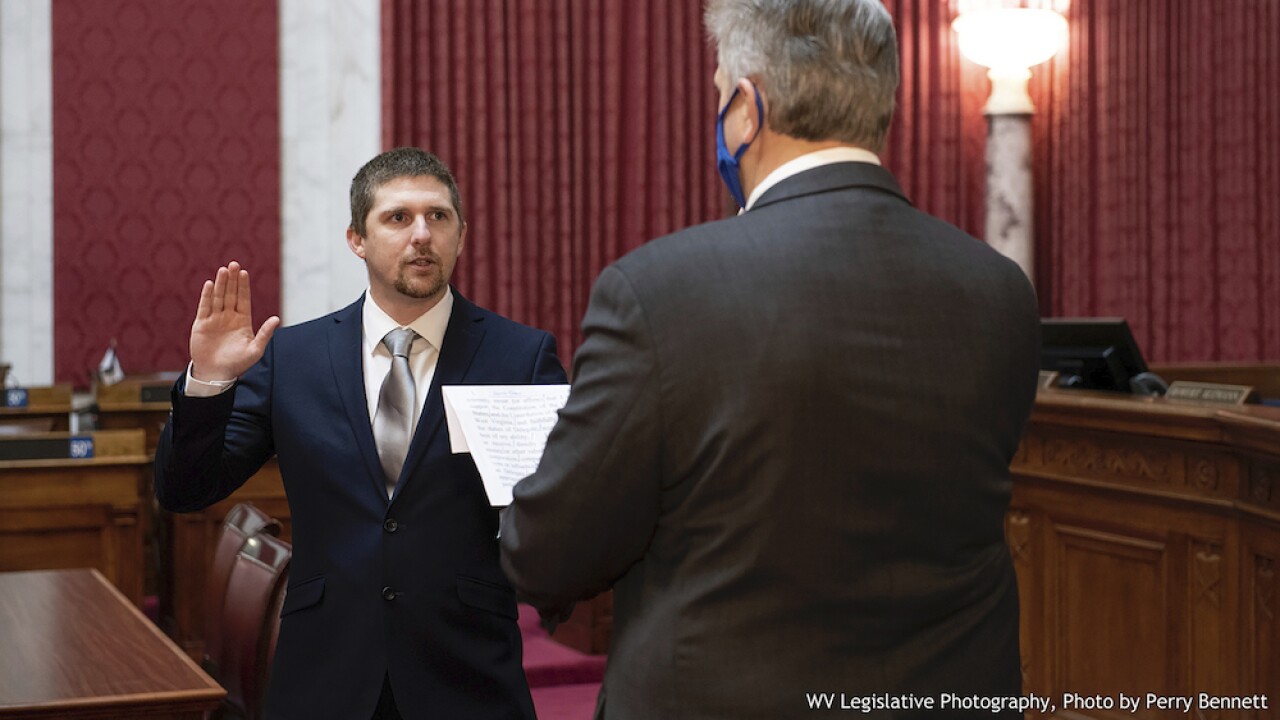 WASHINGTON — Federal prosecutors on Saturday charged two insurrectionists whose photos have become synonymous with Wednesday’s riot at the Capitol.

Jacob Anthony Chansley, commonly known as Jake Angeli — the shirtless rioter dressed in tan pants, horns, a bearskin headdress, and red, white and blue face paint — was charged with knowingly entering a restricted building without lawful authority and violent entry and disorderly conduct on Capitol grounds, according to officials.

Adam Johnson, 36, of Florida, who was photographed walking around the Capitol building with the speaker of the house lectern — where Speaker Nancy Pelosi stood to announce Trump's impeachment — was charged with theft, violent entry and disorderly conduct charges, federal officials said.

Also formally charged on Saturday was a West Virginia state lawmaker who posted videos online showing himself pushing his way inside the Capitol, fist bumping with a police officer and then milling around the Rotunda as he shouted “Our house!” The lawmaker, Derrick Evans, was arrested by the FBI at his home on Friday and charged with entering restricted federal property.

Dozens of people have already been arrested and prosecutors across the U.S. have vowed to bring to justice others who stormed the U.S. Capitol on Wednesday, sending lawmakers into hiding as they began their work to affirm President-elect Joe Biden’s victory.

The top federal prosecutor for the District of Columbia has said that “all options are on the table” for charging the rioters, many who were egged on by President Donald Trump’s speech hours earlier at a rally over his election loss.

Investigators are combing through photos, videos and tips from the public to track down members of the violent pro-Trump mob.