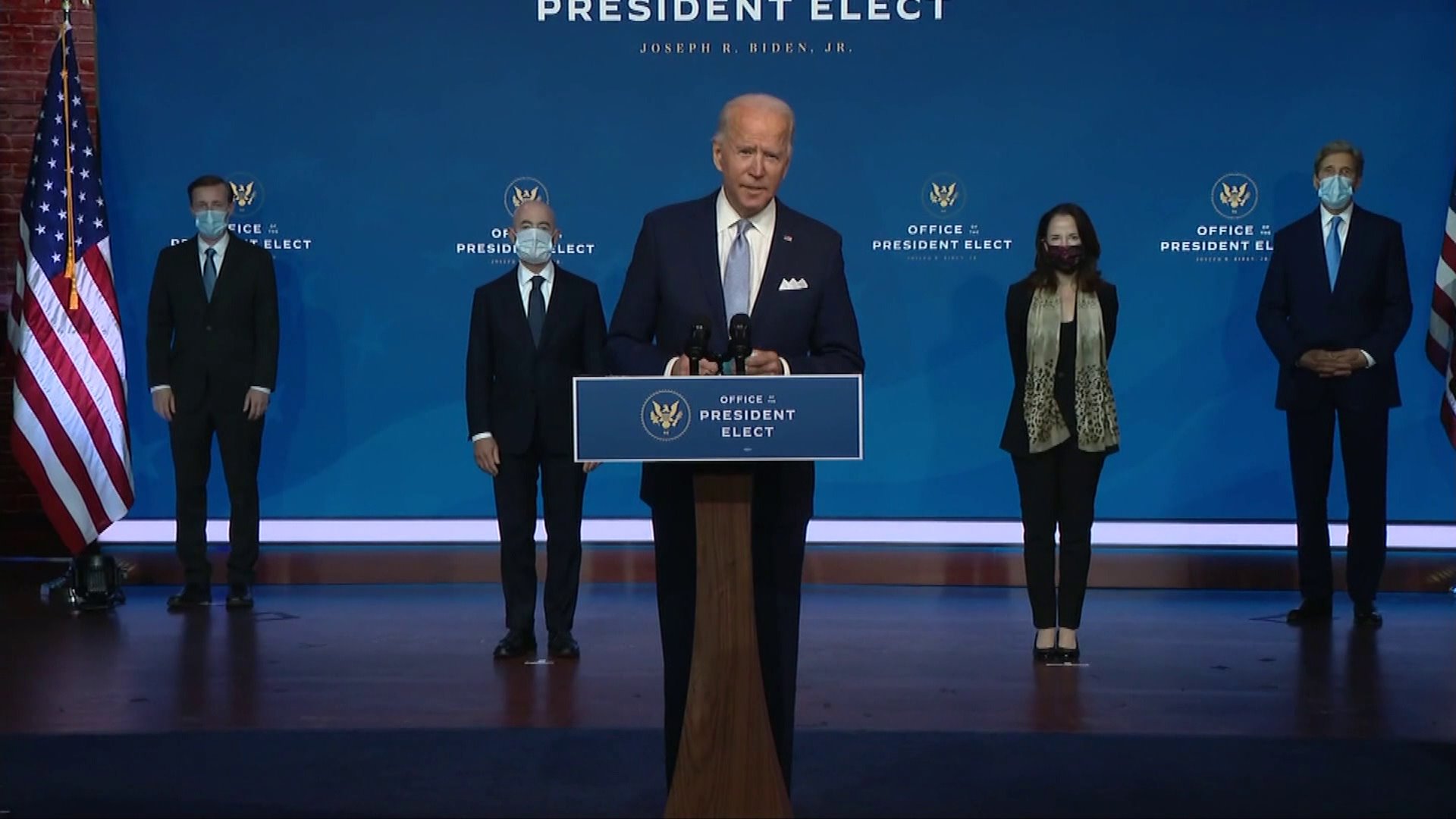 The declaration that America is back was made against the backdrop of President Elect Joe Biden announcing his choices for key members of his incoming administration.

NEW YORK — Linda Thomas-Greenfield, the nominee for US Ambassador to the United Nations, delivered a message Tuesday to her fellow diplomats around the world.

“I'm thinking about the American people, my fellow career diplomats and public servants around the world," she said. "I want to say to you: America is back."

The declaration made against the backdrop of president-elect Joe Biden announcing his choices for key members of his incoming administration.

"It's a team that will help keep our country safe and secure," said Biden.

The team of appointees and cabinet nominees was notable for its experience and diversity.

Avril Haines would be the first ever female Director of National Intelligence.

"I never shied away from speaking truth to power,” said Haines.

Anthony Blinken, one of Biden’s closest, long time advisers, is tapped to be Secretary of State.

Blinken is the grandson of a Russian immigran, and the stepson of a Polish Holocaust survivor who was saved by an Black Allied solider.

"He ran to the tank, the hatch opened, an African American GI looked down at him. He got down on his knees and said the only three words that he knew in English that his mother taught him before the war: God bless America. That's who we are," said Blinken.

Alejandro Mayorkas, a son of Cuban immigrants, would if approved, be the first Latino to serve as Secretary of Homeland Security.

It’s the same agency, under the Trump Administration, which has effectively slowed the influx of immigrants into the US.

"My father and mother brought me to this country to escape communism," he said. "They cherished our democracy and were intensely proud to become United States citizens."

On the heels of the announcement that former Federal Reserve Chair Janet Yellen will be Biden’s expected nominee for Treasury Secretary, Wall Street seemed to approve, closing on a record high above 30,000 points.

“This is absolutely a reaction to the last four years, bringing in people that are highly qualified in government," Cassino said. "This is all about a return to normalcy, as these are the sort of picks we would've gotten before President Trump. There's no one from his family there, for instance, and this is very much signaling a return to normalcy."