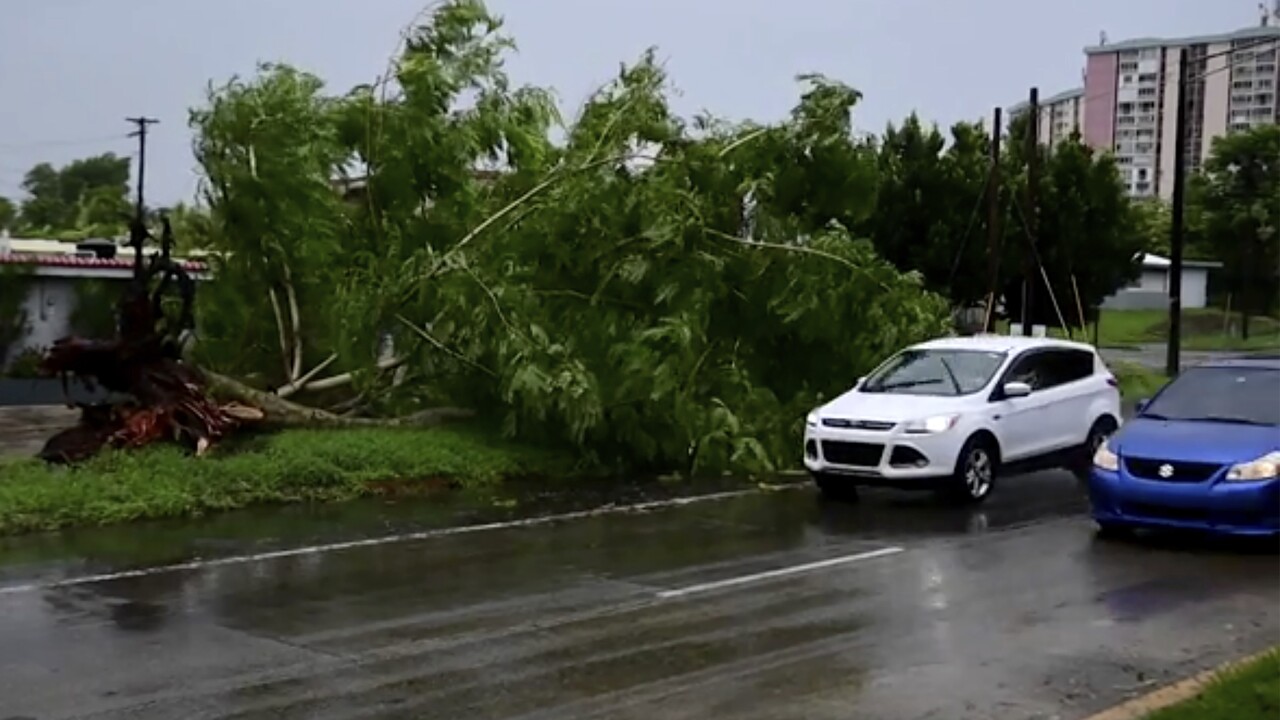 (Copyright 2020 The Associated Press. All rights reserved. This material may not be published, broadcast, rewritten or redistributed.)
AP Photo
In this image made from video, a large tree toppled by tropical storm winds is seen in Alto Trujillo, Puerto Rico, Thursday, July 30, 2020. Tropical Storm Isaias knocked out power and caused flooding and small landslides across Puerto Rico and the Dominican Republic on Thursday as forecasters predicted it would strengthen into a hurricane while moving toward the Bahamas and U.S. East Coast. 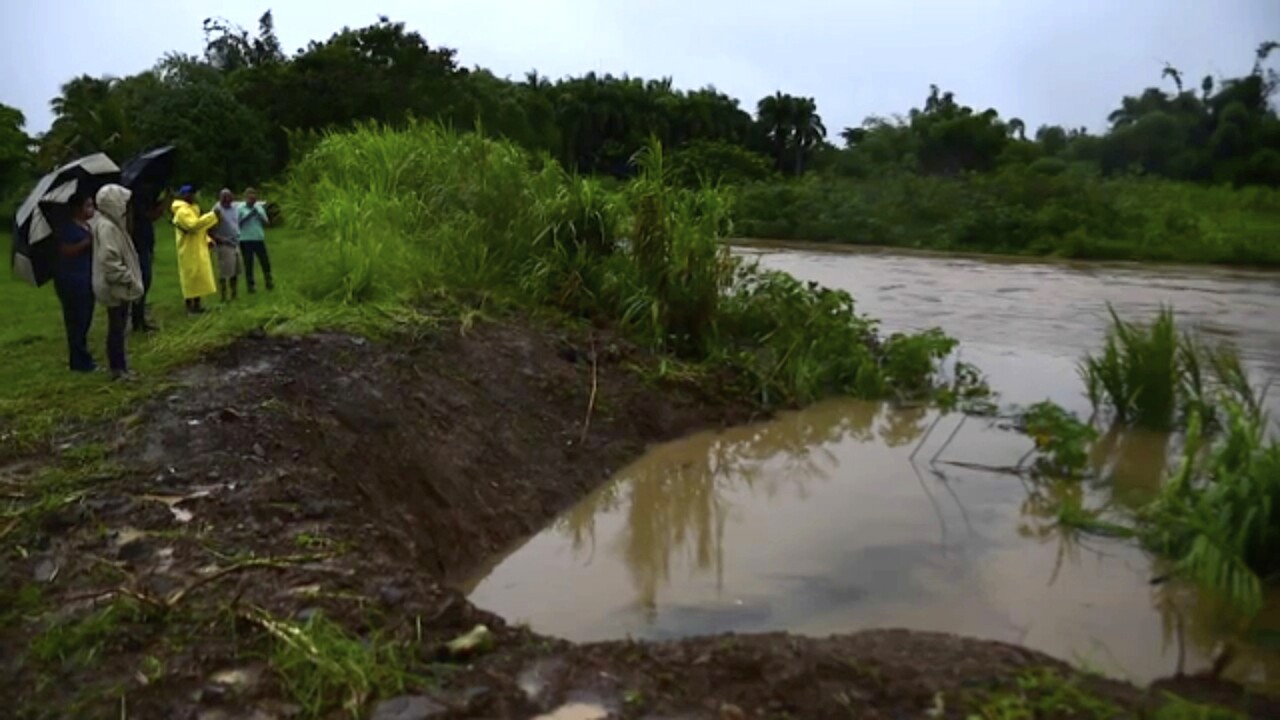 SAN JUAN — The Bahamas is bracing as new Hurricane Isaias bears down en route toward the U.S. East Coast.

The storm had maximum sustained winds of 80 mph (130 kph) early Friday and was centered about 45 miles (70 kilometers) from Great Inagua Island in the Bahamas.

It was moving northwest at 18 mph (30 kph), and its center was forecast to be near the central Bahamas late Friday and move near or over the northwest Bahamas and near South Florida on Saturday.

A hurricane warning was in effect for the northwestern Bahamas, parts of which are still recovering from last year’s Hurricane Dorian.

Isaias knocked out power and caused flooding and small landslides across Puerto Rico and the Dominican Republic on Thursday when it was still a tropical storm.