6 killed, 4 missing after bus falls into sinkhole in China 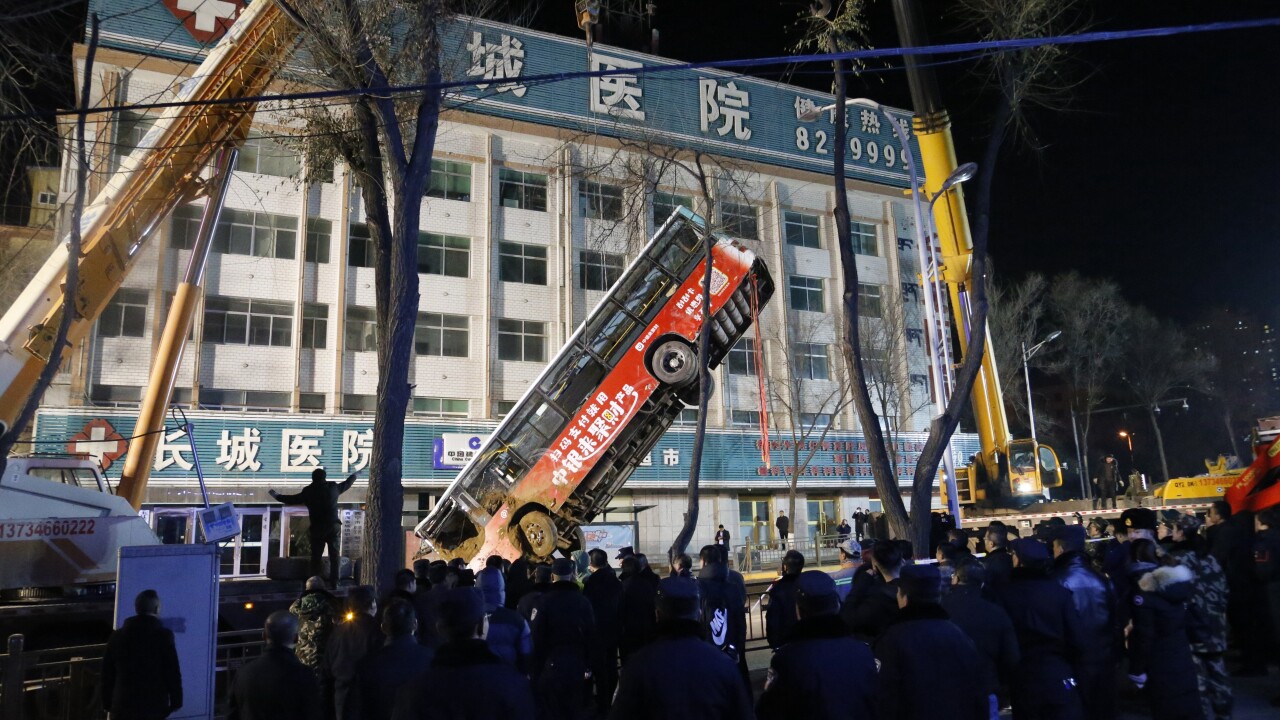 (Copyright 2020 The Associated Press. All rights reserved. This material may not be published, broadcast, rewritten or redistributed.)
APMa Minyan/cnsphoto via AP
In this photo taken Monday, Jan. 13, 2020, a bus that tipped into a chasm is lifted up as rescue workers look for victims in Xining in northwestern China&#39;s Qinghai province. The bus plunged through a collapsed section of road in northwestern China, killing some and leaving others missing, authorities said. 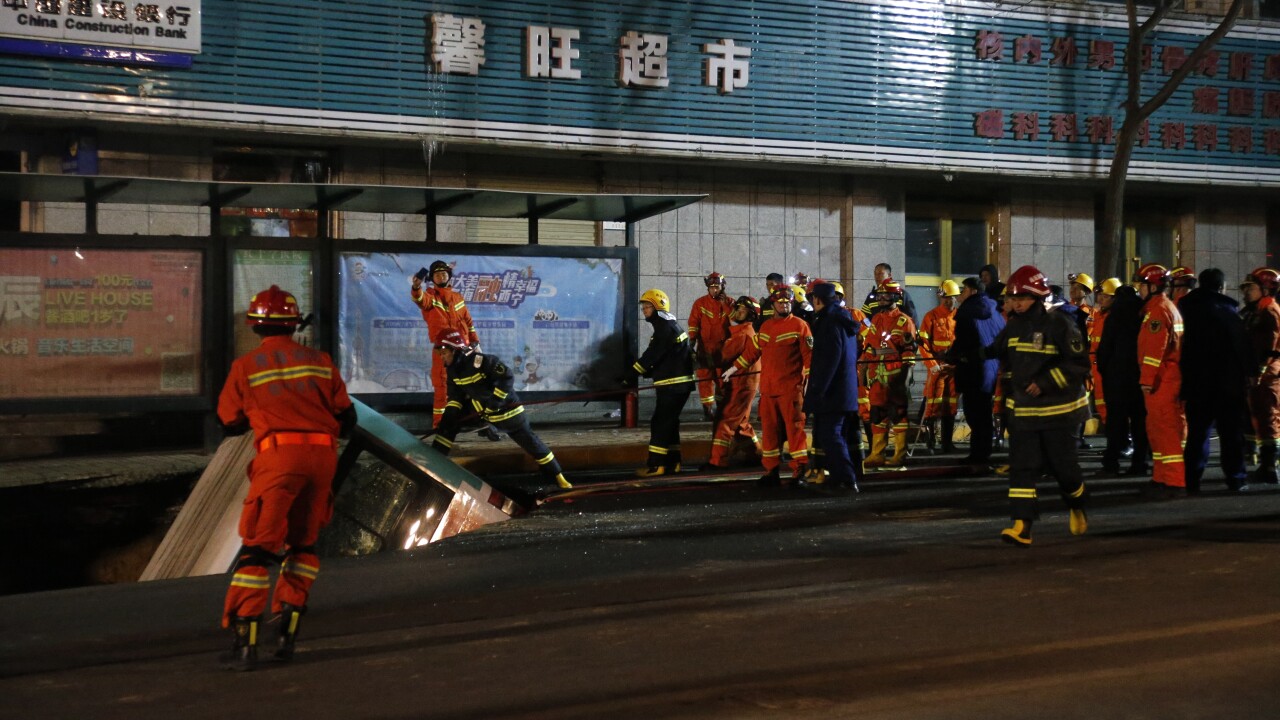 BEIJING — Authorities say a bus plunged into a sinkhole on a city street in northwestern China, killing at least six people and leaving four missing.

Some 1,000 emergency workers and 30 vehicles were sent to the site in the hilly city of Xining on the Tibetan Plateau.

Footage apparently shot by security cameras showed the truck settling into the hole while people nearby scrambled for safety.

In other footage, workers using backhoes, dump trucks and other equipment excavated earth around the collapse.

The expedited building of roads and other infrastructure to keep China's economy strong has often led to corner-cutting on safety.