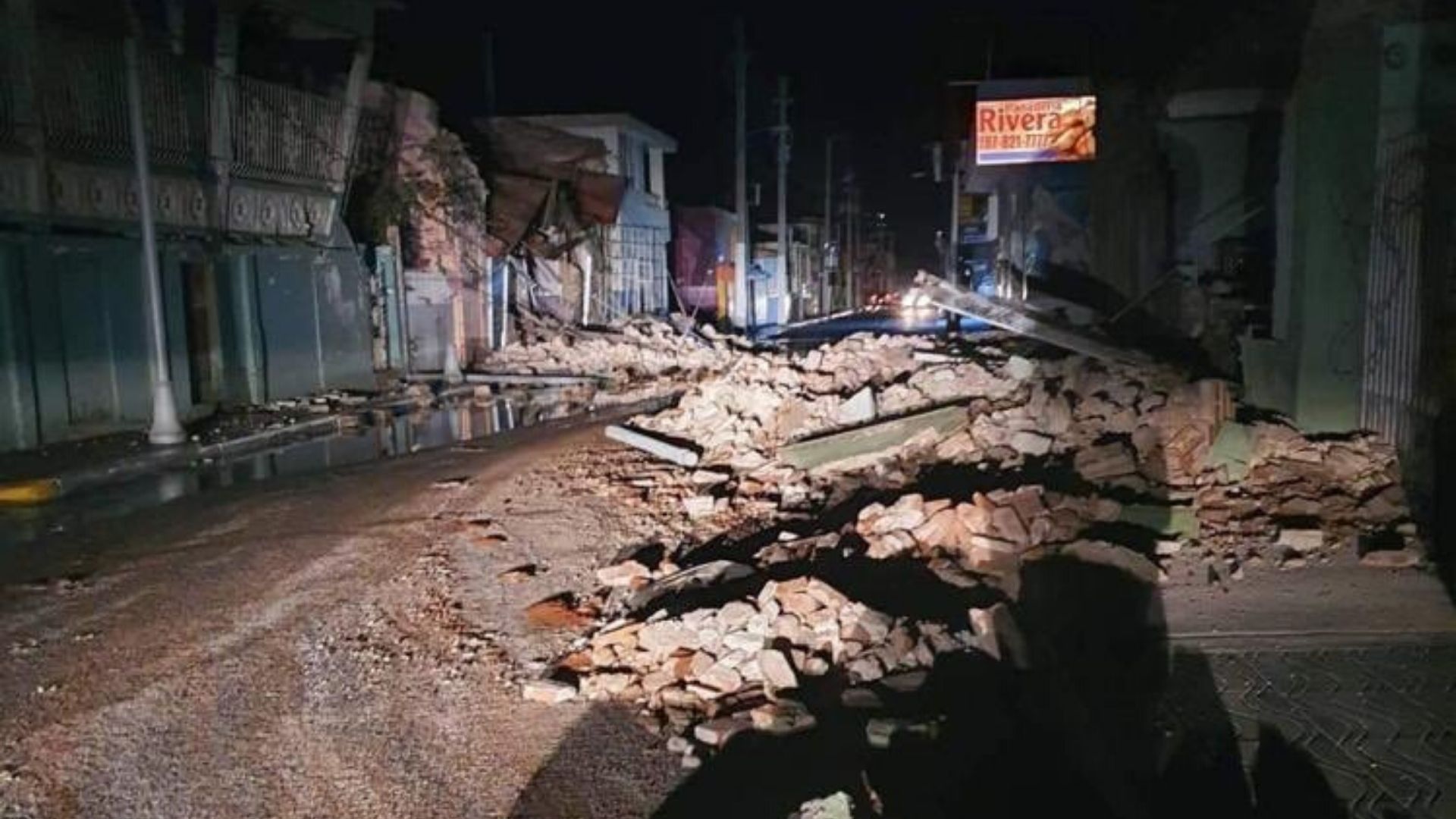 Power is out across Puerto Rcio after a strong 6.4-magnitude earthquake rocked the island early Tuesday. It is the largest in a series of quakes that have struck the U.S. territory in recent days and caused heavy damage in some areas. The U.S. Geological Survey said the quake hit just south of the island at a shallow depth of 10 kilometers before dawn on Tuesday. A tsunami alert was initially issued for Puerto Rico and the U.S. Virgin Islands, but later canceled. 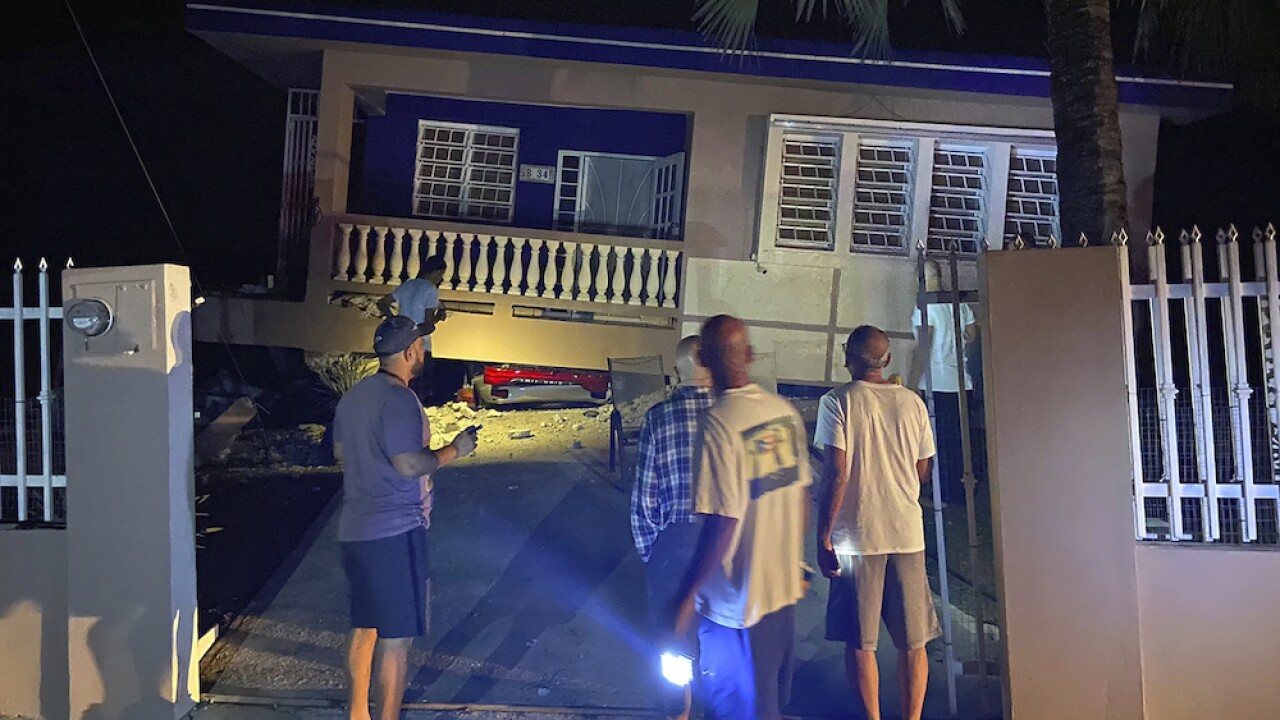 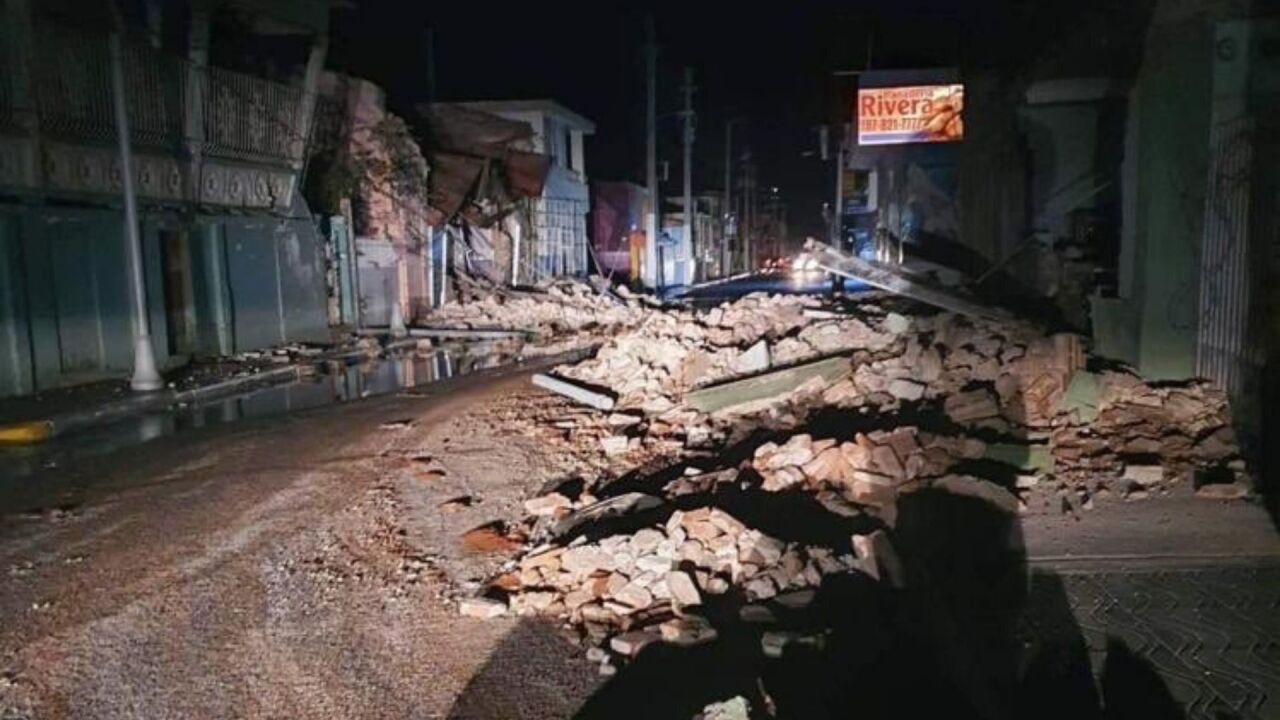 The quake was followed by a series of strong aftershocks, part of a 10-day series of temblors spawned by the grinding of tectonic plates along three faults beneath southern Puerto Rico. Seismologists say it’s impossible to predict when the quakes will stop or whether they will get stronger.

“I’ve never been so scared in my life,” said Nelson Rivera, a 70-year-old resident who fled his home in the city of Ponce, near the epicenter of the quake. “ I didn’t think we would get out. I said: ‘We’ll be buried here.’”

Teacher Rey González told The Associated Press that his uncle was killed when a wall collapsed on him at the home they shared in Ponce. He said 73-year-old Nelson Martínez was disabled and that he and his father cared for him.

Eight people were injured in Ponce, Mayor Mayita Meléndez told WAPA television. Hundreds of people sat in the streets of the city, some cooking food on barbeque grills, afraid to return home for fear of structural damage and aftershocks.

The U.S. Geological Survey said the quake hit at 4:24 a.m. just south of the island at a shallow depth of six miles (10 kilometers). It initially gave the magnitude as 6.6 but later adjusted it. At 7:18 a.m., a magnitude-6.0 aftershock hit the same area. People reported strong shaking and staff at a local radio station said live on air that they were leaving their building

A camera was rolling in a sound recording booth when a 6.4-magnitude earthquake struck Puerto Rico before dawn on Tuesday. It was followed three hours later by an aftershock measuring 6.0. Eight people were injured in the city of Ponce. (Jan. 7)
A tsunami alert was issued for Puerto Rico and the U.S. Virgin Islands after the initial quake, but was later canceled.

In the historic district of Ponce, authorities evacuated more than 150 people from two buildings they said are in danger of collapsing. Among them were more than two dozen elderly patients from a nursing home who sat in their wheelchairs in silence as the earth continued to tremble.

Amir Señeriz leaned against the cracked wall of his Freemason Lodge in Ponce and wailed.

The roof of the 1915 building was partially collapsed and dust and debris lay around him.

Outside, he had already carefully placed 10 large historic paintings. The earth continued trembling as he went back into the building to recover more artifacts.

Helping him was artist Nelson Figueroa, 44, who said he slept in his street clothes.

“It was chaos,” he said, adding that there was a traffic jam in his coastal neighborhood as terrified people fled.

Albert Rodríguez, who is from the southwest town of Guánica, said the tsunami sirens went off before officials canceled the alert. He said there is widespread damage in his neighborhood.

“The road is cracked in the middle and it lifted up,” he said.

The mayor in the southwest town of Guayanilla, Nelson Torres, told NotiUno radio station that the church in the public plaza of his town collapsed.

Puerto Rico’s governor, Wanda Vasquez, ordered government offices closed for the day and urged citizens to remain calm and not check damage to their homes until daylight. She also signed an executive order declaring a state of emergency in the territory, and a second order that activated the National Gaurd.

A 5.8-magnitude quake that struck early Monday morning collapsed five homes in the southwest coastal town of Guánica and heavily damaged dozens of others. It also caused small landslides and power outages. The quake was followed by a string of smaller temblors.

The shake collapsed a coastal rock formation that had formed a sort of rounded window, Punta Ventana, that was a popular tourist draw in Guayanilla.

Residents in the south of the island have been terrified to go into their homes for fear that another quake will bring buildings down.

One of the largest and most damaging earthquakes to hit Puerto Rico occurred in October 1918, when a magnitude 7.3 quake struck near the island’s northwest coast, unleashing a tsunami and killing 116 people.

Initial photos out of Guanica and Guayanilla in Puerto Rico showing extensive damage from the 6.6 earthquake. Damage has been reported at the island’s main power plant & electricity is out. Our Relief Team is activated & in action. More updates soon. #ChefsForPuertoRico pic.twitter.com/KJoV4yIh1o