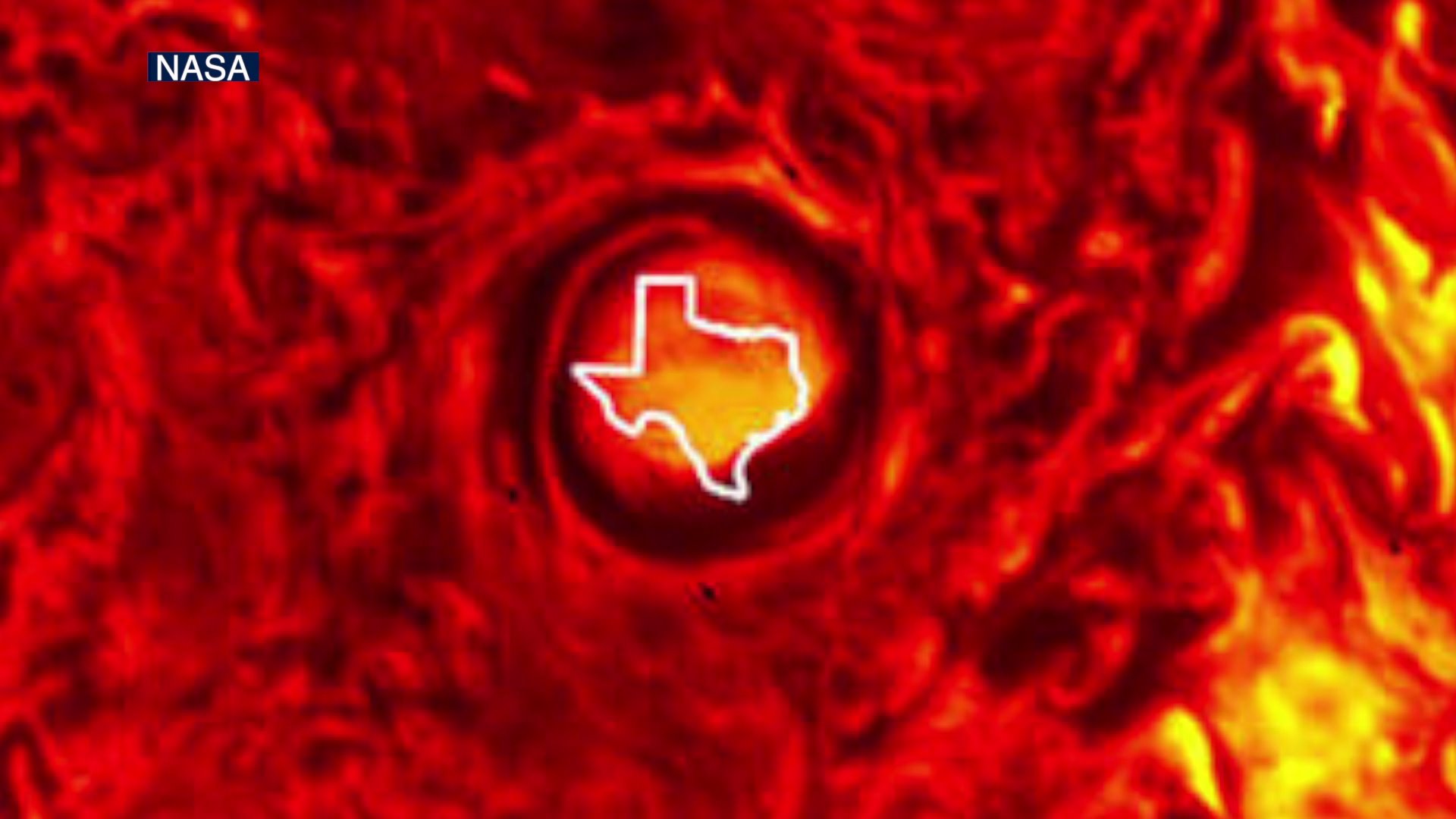 It’s not everyday you see storms that look like swirling lava. But, these newly released images by NASA reveal just that!

It’s not everyday you see storms that look like swirling lava, but newly released images from NASA reveal just that!

The churning fireballs around Jupiter’s south pole were captured by NASA’s Juno spacecraft last month. The satellite orbited the planet for the last three years before stumbling across this newest storm that appears to rival the size of Texas.

Prior to this recent discovery, Juno photographed five windstorms averaging about 225 mph; that's higher than any tropical cyclone ever recorded on earth.

These storms are arranged around one stationary cyclone in a shape of a pentagon. Now this unique pattern has taken on a hexagon shape with this new cyclone. NASA Scientists say they plan to study these complex systems to better understand Jupiter’s atmosphere and how these cyclones evolve over time.