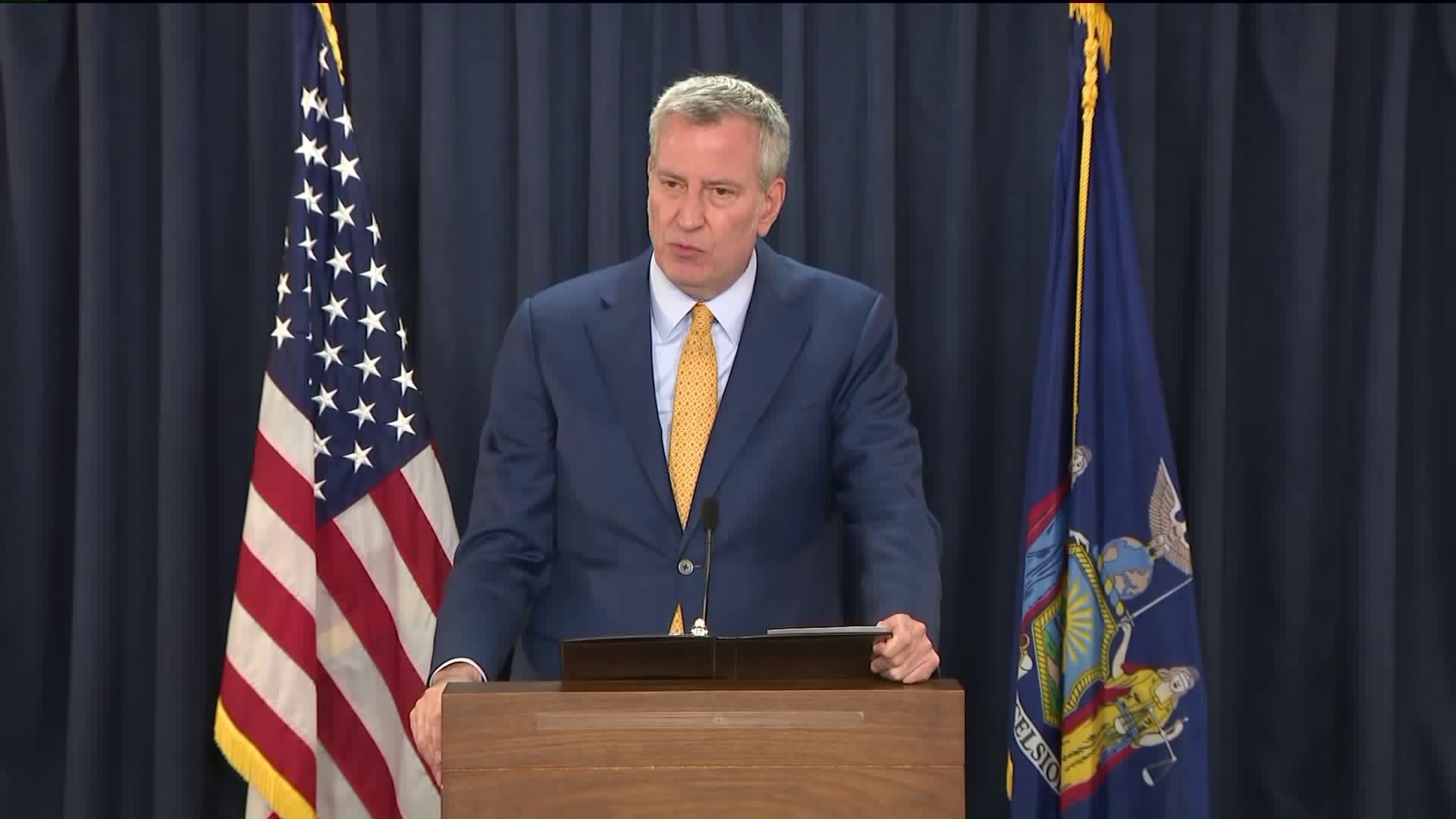 Tensions between the NYPD unions and Mayor Bill de Blasio are on the rise following two police shootings over the weekend.

THE BRONX — Politics is threatening to divide the NYPD in the wake of two shootings targeting police officers over the weekend.

Edward Mullins, the head of the Sergeants Benevolent Association, spoke out Monday after declaring war on Mayor Bill de Blasio in a tweet a day earlier.

"It's absolutely inappropriate. I was disgusted by it,” he said.

Two officers were shot, but survived.

"They are the fourth and fifth assassination events since this mayor has been in office. We’ve lost three police officers to assassinations,” Mullins said on Fox News. “The rule of law is being ignored under the mayor’s leadership.”

Moments after the second police officer was released from the hospital on Monday, Police Commissioner Dermot Shea called for unity.

"When you see a tweet like that, I think it’s wrong. I think Ed Mullins should think before he tweets something like that because it’s not helpful,” Shea said.

Williams, meanwhile, appeared in court on Monday. He allegedly told detectives he was "tired of police officers" and would "shoot one once he gets out" of jail.

His grandmother, Mary Williams, said she never thought he was capable of this.

“It was shocking to me. He was a good person, I mean he was nice, sweet,” she said. “I don’t know what happened to him, why he would do that.”