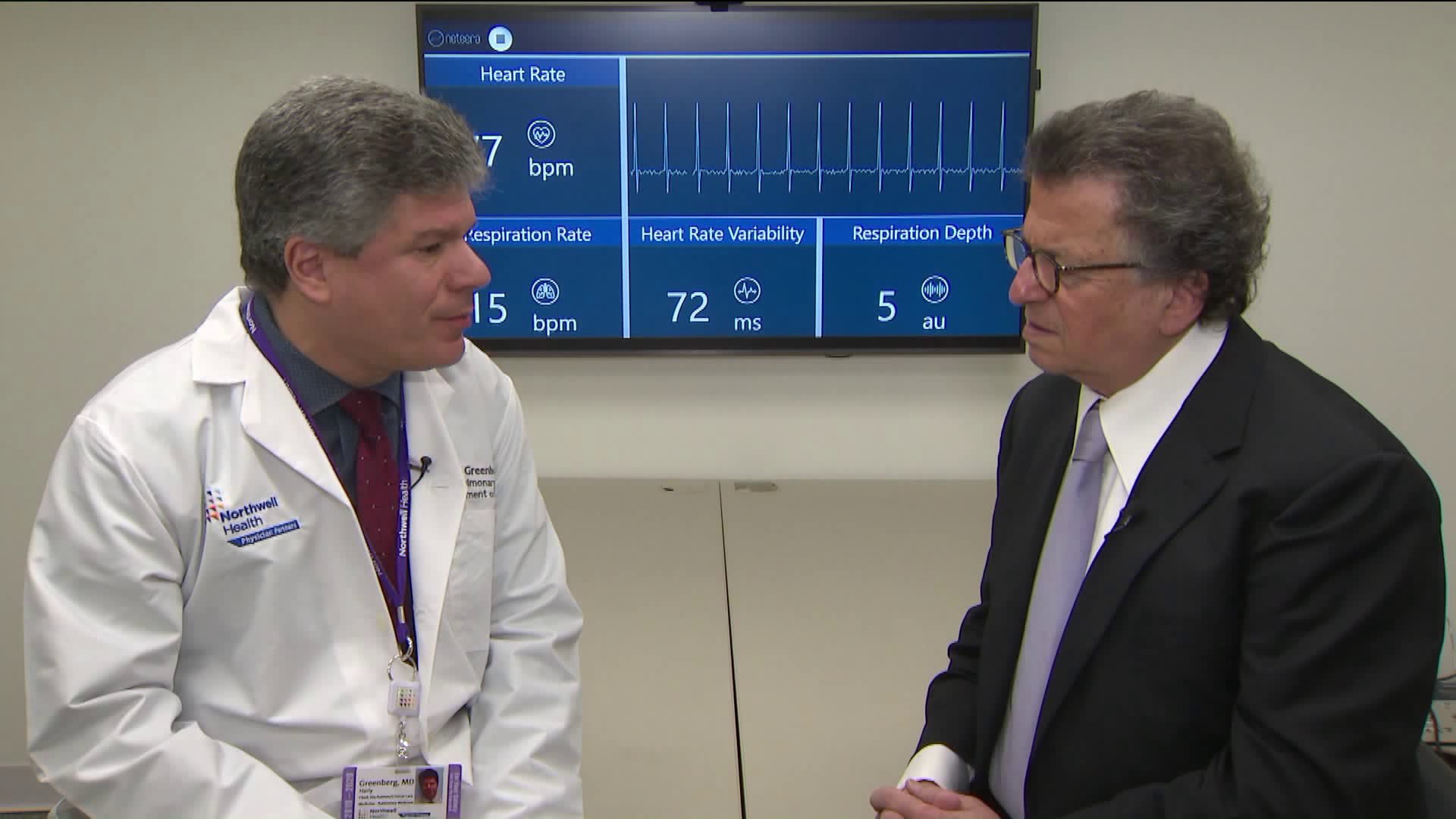 Northwell Health is name among the best places to work by Forbes due to its innovate use of new technology including a new device to help cure sleep disorders.

GREAT NECK, L.I. — New York's own Northwell Health has been named to Fortune's "100 best companies to work for."

Its focus on innovation was one of the many factors that lead to the health system's recognition.

We headed inside Northwell's sleep disorder center to see firsthand how their openness to new technology could ultimately help millions of people get more and better sleep.

Sleep is the fuel of life, but roughly 60 million Americans are affected by a sleep disorder which can have an effect on daily routines.

Dr. Harley Greenberg, the medical director of Northwell's sleep disorder center has been diagnosing and treating patients with sleep problems for decades.

“People don’t get enough sleep because of their 24/7 lifestyles but they don't get good quality sleep because many people have sleep disorders the most common being sleep apnea.”

Sleep apnea is obstruction of the airwaves-which can cause snoring and a decrease in oxygen levels. A deterrent for many to come to a sleep clinic is the actual testing process- where multi-sensors are taped to the chest, nose and scalp.

This cumbersome process is about to change with this new device called NES 2.0, made by Neteera, which uses remote sensing.

“A device is placed in the room not even near the patient that can remotely sense their breathing, their heart rate and their movement and allows us to detect sleep apnea with no touch sensors.”

Northwell Health is the only hospital testing NES 2.0 in the United States. Their goal was to bring new innovative technology back to the hospital system to improve patient care.