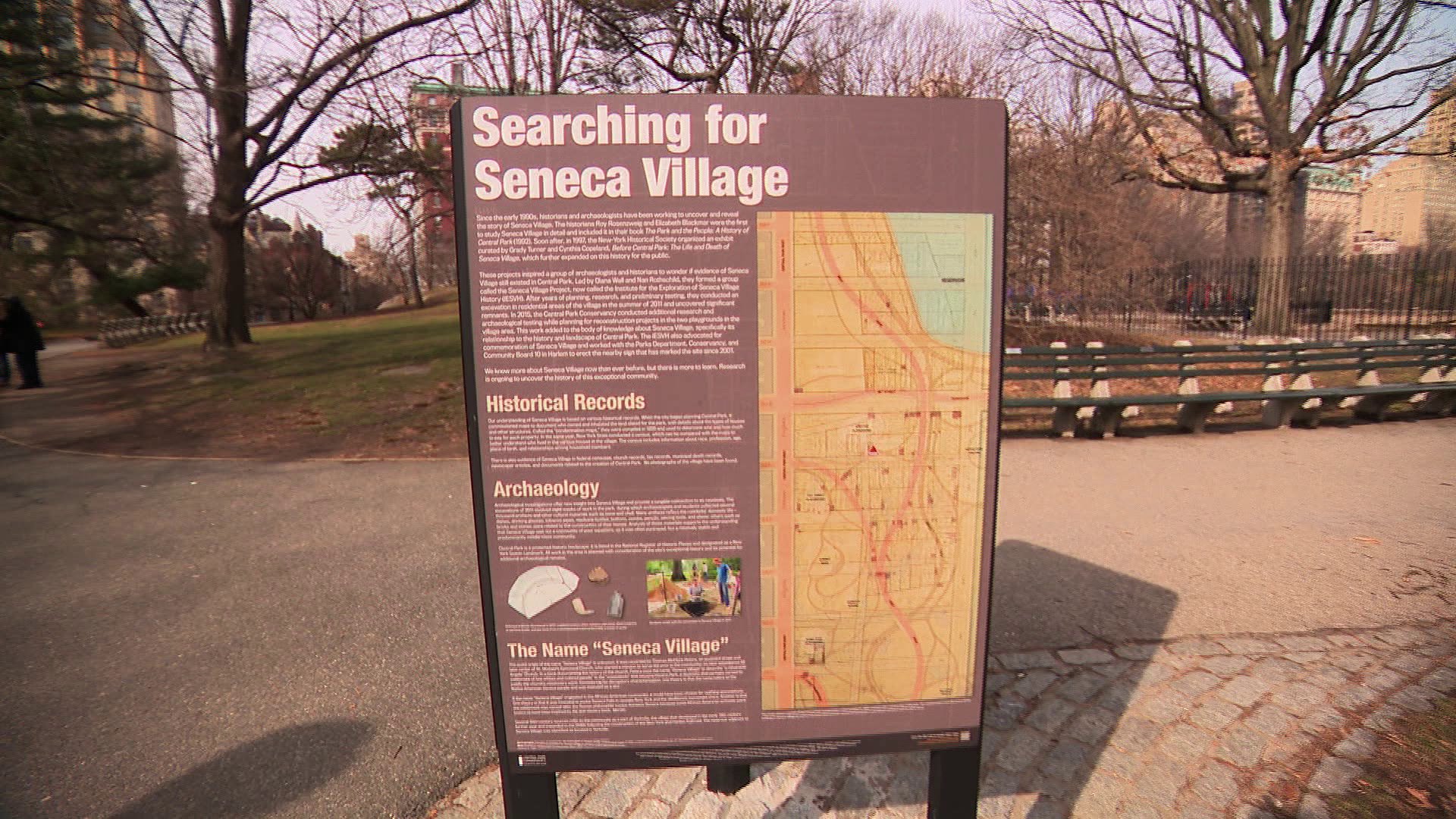 To a modern-day visitor, Seneca Village at Central Park resembles much of the surrounding area, with rolling hills, rock outcrops, and playgrounds.

MANHATTAN — To a modern-day visitor, Seneca Village at Central Park resembles much of the surrounding area, with rolling hills, rock outcrops, and playgrounds. What many do not realize is that this area near the park’s West 85th Street entrance has an important history.

The village existed between 1825 and 1857. In 1855, there were approximately 225 residents — a population that consisted of roughly two-thirds African Americans.

During the first half of the 19th century, it was home to Seneca Village, a community of predominantly African Americans, many of whom owned property.

To Rev. Audrey Williamson, a minister at Harlem's Mother Ame Zion Church, this is hallowed ground for her congregation's history, which once stood proudly in Seneca Village.

"Mother Ame Zion is the oldest black institution in all of New York State," Williamson said. "It was the center of the community."

Thirty years into their community and through eminent domain, the city paid every person to up and leave, essentially kicking them out. The church and the villages all, but vanished until the 1990s when researchers started diving into census records and maps. That's when archaeologists like Meredith Linn did what they do best — they excavated part of the land and found deep in the earth, two centuries later, remnants of Seneca Village.

They found items like dishes, drinking cups, teacups and coins — all the kind of things that made up their home.

Today, there are temporary signs telling this chapter of the story. Signs that many hopes will stay and serve as an important reminder.

In addition to sharing a wealth of information gathered from the historic site, Marie Walsh, historian for the Central Park Conservancy, said the Conservancy's outdoor exhibit educates and commemorates Seneca Village.

To see a full range of the collections, click here.