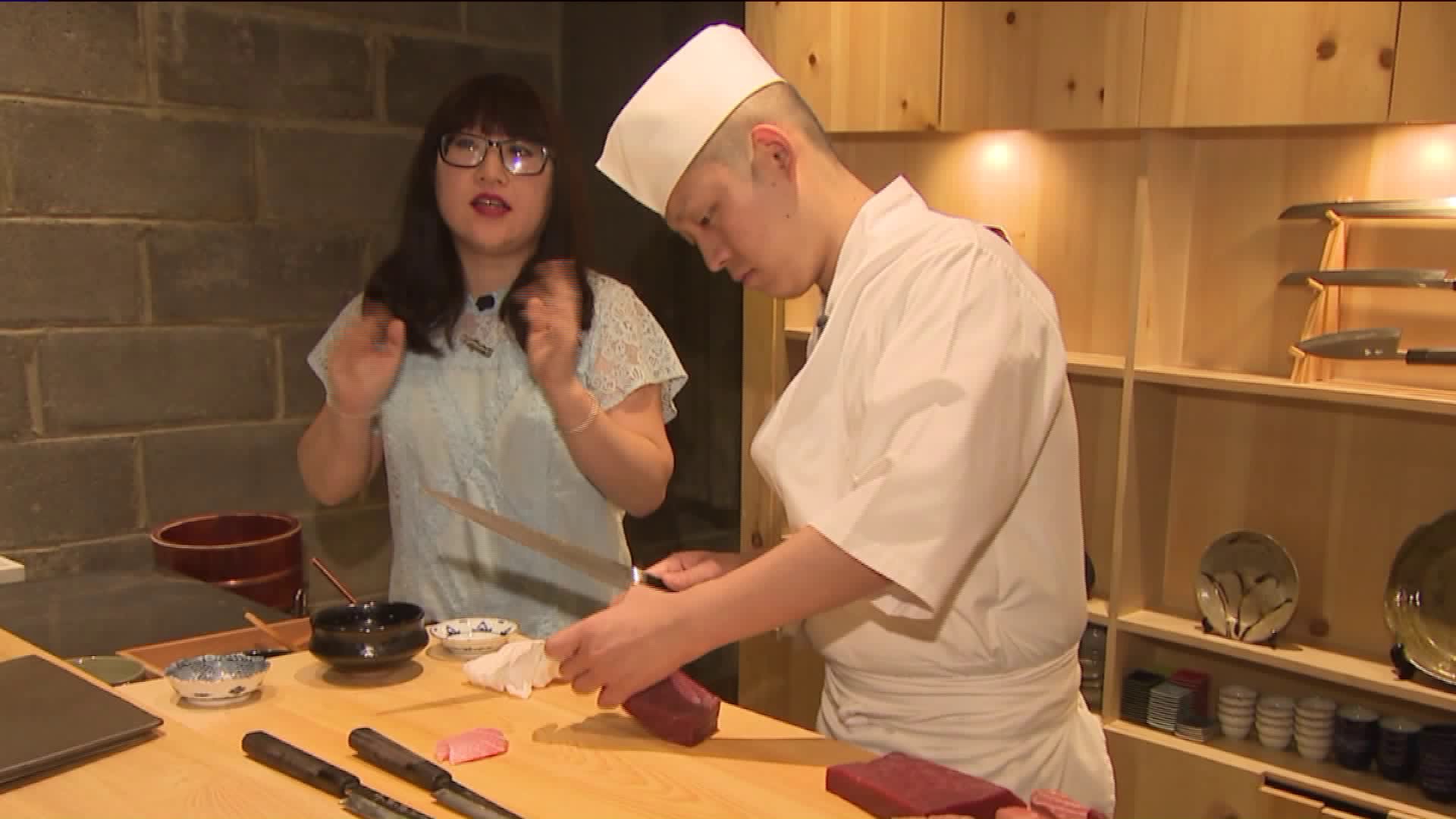 It's a restaurant inside of a restaurant; Sushi Amane is a hidden, Michelin-star gem in Midtown East.

But in Midtown East, there’s a hidden, Michelin-star gem that you may have never noticed—and that’s by design.

Mifune is of one the city’s most high-end sushi restaurants, and its patrons often include successful businessmen and businesswomen, along with ambassadors and U.N. diplomats.

Yet tucked away, down a set of small stairs and behind an unassuming curtain is Sushi Amane.

“That one actually has one Michelin star—three years in a row,” said Mayumi Kobayashi, General Manager at Sushi Amane. “The chef, he’s currently 29; he won his first Michelin star when he was 26.”

Kabayashi describes the cuisine as modern Japanese with a French flair.

But it’s not just the impressive sushi that sets Sushi Amane apart from the rest. The trendy spot provides an engaging Omakase experience, a tradition of letting a chef choose the order.

“Fellow sushi chefs come in here because they want to see his skills as well,” Kabayashi said.

Sushi Amane is hyper-exclusive, in part because there are only nine seats—and just two seatings each night, Monday through Saturday.

For those determined to get seating, there’s a major caveat: Sushi Amane only takes reservations one month in advance.