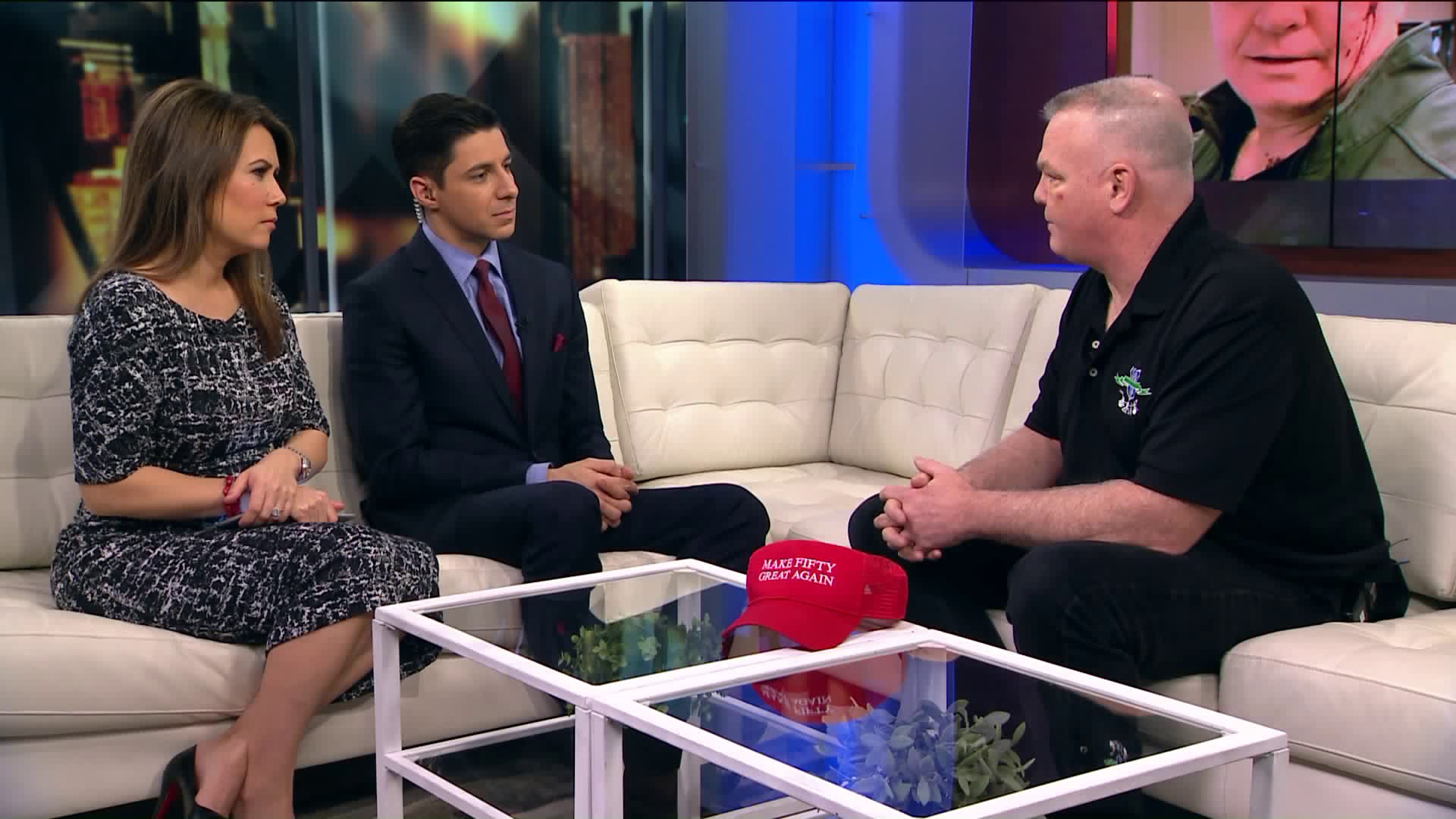 A former NYPD officer who was attacked while wearing a "Make Fifty Great Again" hat at his birthday party chats about the incident on PIX11 Morning News.

MANHATTAN, New York — A former NYPD officer who was attacked while wearing a "Make Fifty Great Again" hat at his birthday party said he hopes the incident will spark a larger conversation about freedom of expression and divisions in politics.

Daniel Sprague stopped by PIX11 Morning News Thursday to discuss the attack, which took place during a surprise 50th birthday party his wife organized for him while on vacation in Nashville.

Sprague was given the hat closely resembling President Donald Trump's 2016 campaign slogan as a birthday gift.

"So I was in the middle of a conversation with somebody and when I was spun around, I’m finishing my sentence and as I turn around I wind up getting punched in the face by this lady that I don’t recall ever seeing her at all in the bar," he said. “She was grabbing my hat as she was hitting me and she was yelling, ‘How dare you! How dare you!' So I assume, she was holding the hat, she didn’t like the hat and she didn’t take the time to read it.”

The woman didn't say anything to him before she attacked, according to Sprague, who suffered cuts and bruises to his left eye.

Security guards quickly separated them and the woman left before he could call the police, Sprague said. He ended up filing a police report the following morning.

Sprague is a Trump supporter, but he said that doesn't give anyone the right to attack him unprovoked.

"I knew the hat was a great slogan and all that but I also knew it was creating problems, but I didn’t think I should not wear it because of that," he said. "By this happening, there was no conversation. I wore the hat for the rest of the weekend; it empowered me in that aspect."

Later that weekend, Sprague said two African American women approached him about the hat. They wished him a happy birthday and they had a discussion about why they thought it was offensive, he said.

There is surveillance video of the incident, according to Sprague. He hopes detectives are getting close to finding the woman who punched him.

"So we can show that you're not going to get away with it," he said.