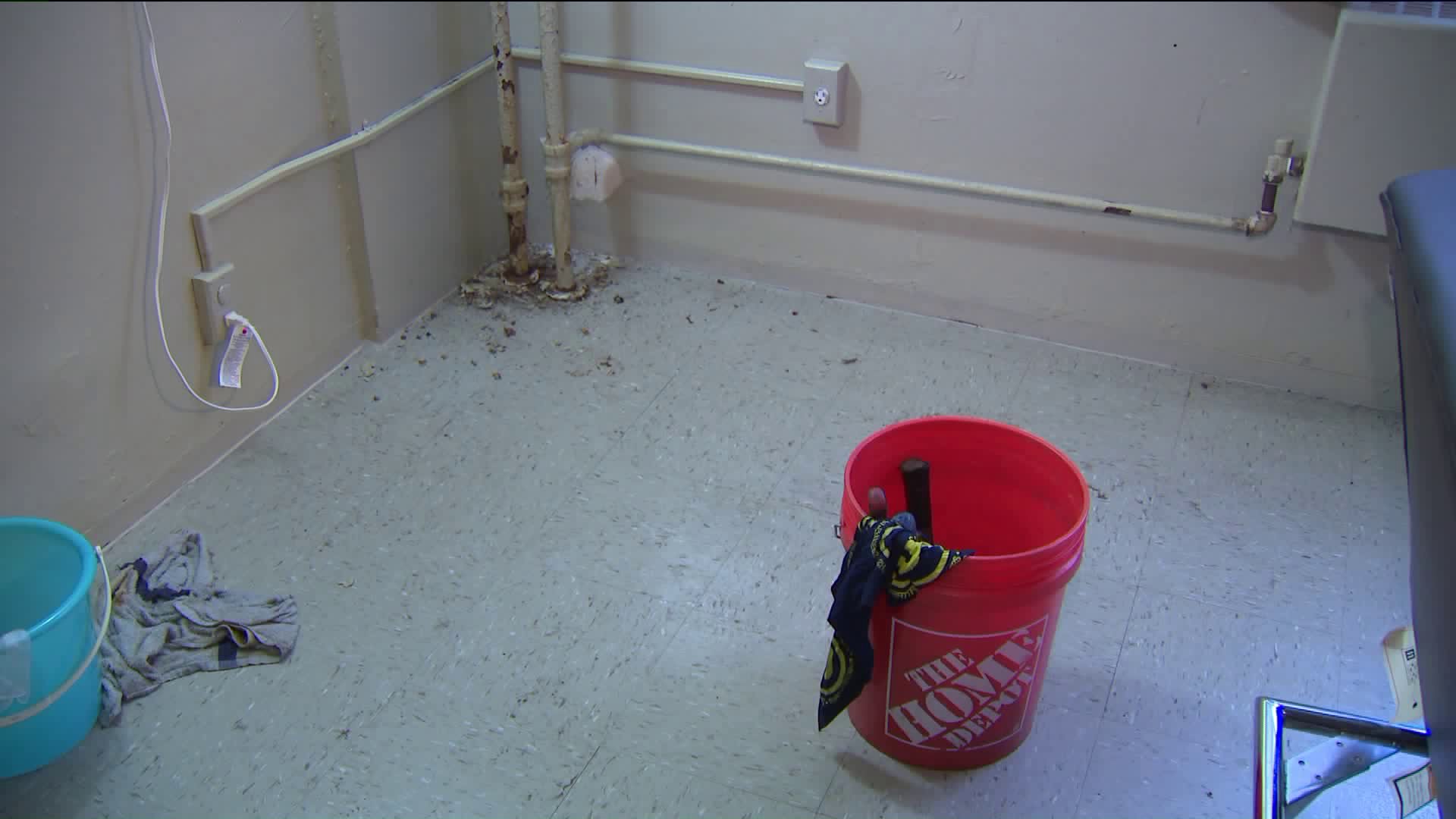 Families on the upper west side say their homes continue to be flooded, for over a week.

UPPER WEST SIDE, Manhattan — At the Douglass Houses on the Upper West Side, Tenant Association President Carmen Quinones says families are frustrated and tired of cleaning up the water in their homes.

Jessica Miguel's living room was flooded Wednesday afternoon Miguel says the water started flowing in her home last week. She says she put in tickets and so far, crews only visit and promise to fix the problem.

A NYCHA spokesperson says leaks were reported over the weekend in an apartment on the J line which was isolated to avoid flooding conditions until plumbers were able to make repairs. While making repairs yesterday, another leak was reported and both leaks were fixed. A third leak was reported on Sunday and NYCHA staff is currently working to repair that leak.

They say they are also assessing the hole in the lobby and will schedule the work for contractors to complete as soon as possible. Leaks happen for a variety of reasons related to NYCHA’s aging infrastructure and years of federal disinvestment. Although we have made improvements to the system — including installing air vents to the top floor (excluding J line due to access issues) and hiring contractors to abate asbestos around all heating supply riser valves and installing new riser valves throughout the basement to allow us to isolate heat lines instead of shutting down heat to the entire building — the entire heating distribution line needs to be replaced.