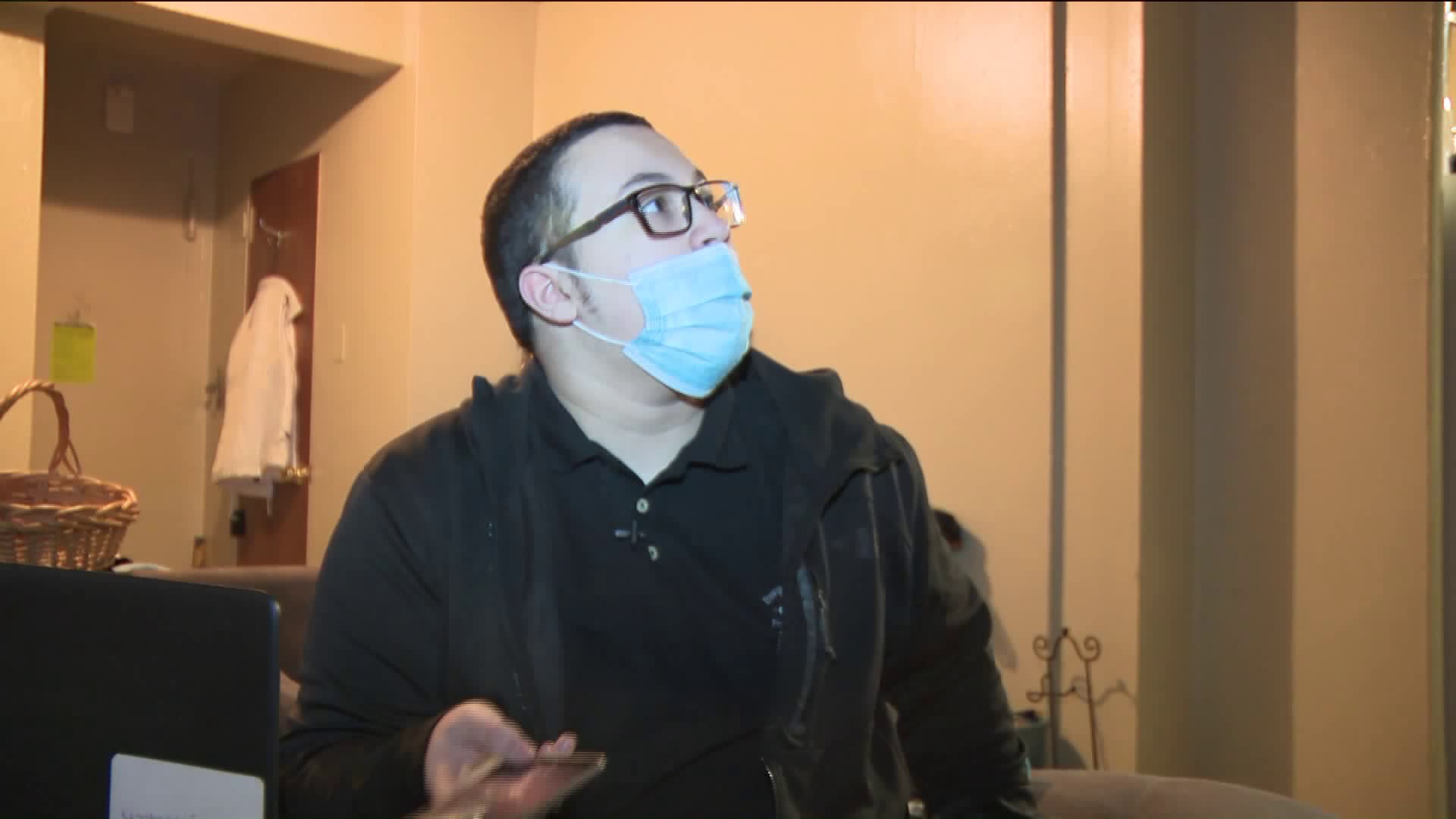 Constant flooding and a roach infestation are making it a nightmare for a Brooklyn teen to do his remote classwork from his home in a New York City Housing Authority apartment.

BROOKLYN — Constant flooding and a roach infestation are making it a nightmare for a Brooklyn teen to do his remote classwork from his home in a New York City Housing Authority apartment.

Joseph Martinez, 14, is doing remote learning at the Red Hook Houses. His mom worries he’s distracted by all the problems in their apartment.

Alexandria Lyons and her husband Jason Martinez say they have had a bad leak in their bathroom and kitchen for months. They are usually at work, but their 14-year-old son has to deal with all the mess.

“I’m doing my work and I put my foot down, my foot gets wet and the whole living room is flooded,” said Martinez.

They showed PIX11 over a dozen tickets they have put in with NYCHA since September. Martinez says the apartment has been flooding several times during his computer class. The water rushes into the living room and his bedroom.

“I shouldn’t be living like this. It's really annoying. It's distracting and I hate it, to be honest with you,” the teen said.

Martinez says dealing with these leaks is difficult and makes it hard for him to concentrate on his classwork.

And, it's not just flooding that he is dealing with, it's roaches too.

Hours after PIX11 left, a NYCHA crew showed up at the Martinez home.

“Staff is on site working to locate the leak," a spokesperson said. "They discovered asbestos in the wall and are working on expediting abatement so repairs can be made."

Despite the daily distractions, Martinez is getting good grades. His father says he couldn’t be more proud of his son, who someday wants to be a lawyer.

“I want to do good in school and make my mom proud,” Martinez said.

If you have a story, reach out to Monica Morales at monica@pix11.com