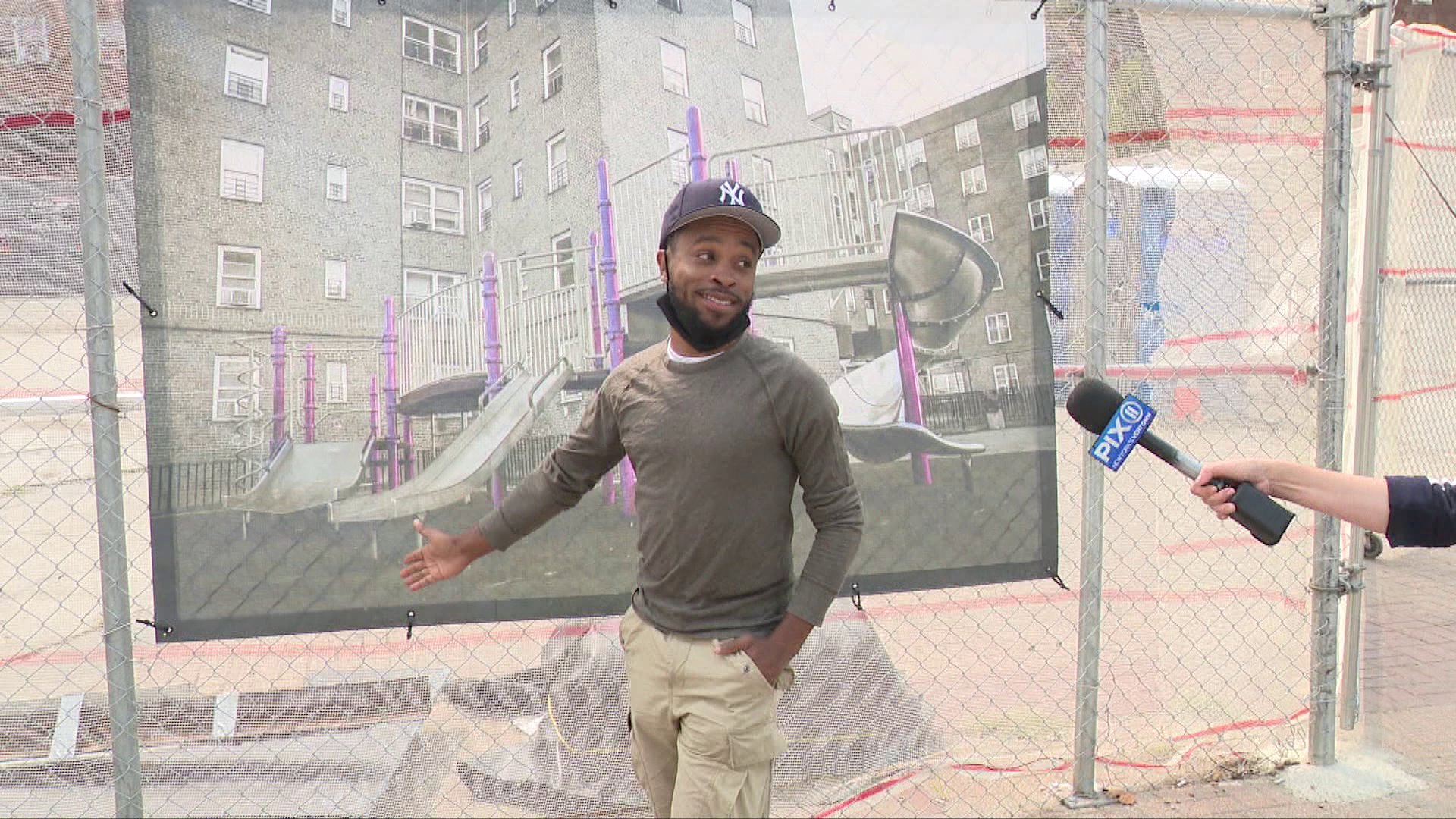 Fences and scaffolding now show off local art at the Red Hook Houses.

RED HOOK, Brooklyn — When you think of scaffolding and construction fencing, you usually think of construction zones. But now, a new city program is finding a way to turn them into art installations.

The Red Hook Houses are in the midst of a $500 million capital transformation, approved following damage from Superstorm Sandy.

Alden Parkinson grew up in the development. As he returns to the area, he brings his art with him.

Parkinson saw an opportunity to turn construction fences into a backdrop to showcase the lives of his neighbors.

Dozens of his photos are now almost six feet high, displayed along Columbia Street for blocks.

“There’s a lot of construction going on. It looks terrible — art brightens this neighborhood, and it’s my art,” said Parkinson.

It’s all thanks to a new initiative organized by NYCHA, the Department of Cultural Affairs, and a non-profit organization called Artbridge.

It connects local artists like Parkinson to help transform scaffolding and fencing across the city.

A gifted photographer and youth mentor, over the past eight months, Parkinson took dozens of photos of his favorite people and places in his neighborhood.

Karen Blondel is a Red Hook community activist featured in one of his portraits.

“When this work went up, it really lifted the spirits of many in this community, including the construction workers,” said Blondel.

Parkinson is one of dozens of local artists who will be showcasing their work at different NYCHA developments across New York City starting next month.

The next art installations will be at the Jacob Riis Houses on the Lower East Side and Elliott-Chelsea Houses in Chelsea in October. After that, the Mitchel Houses in the South Bronx will showcase art this winter.