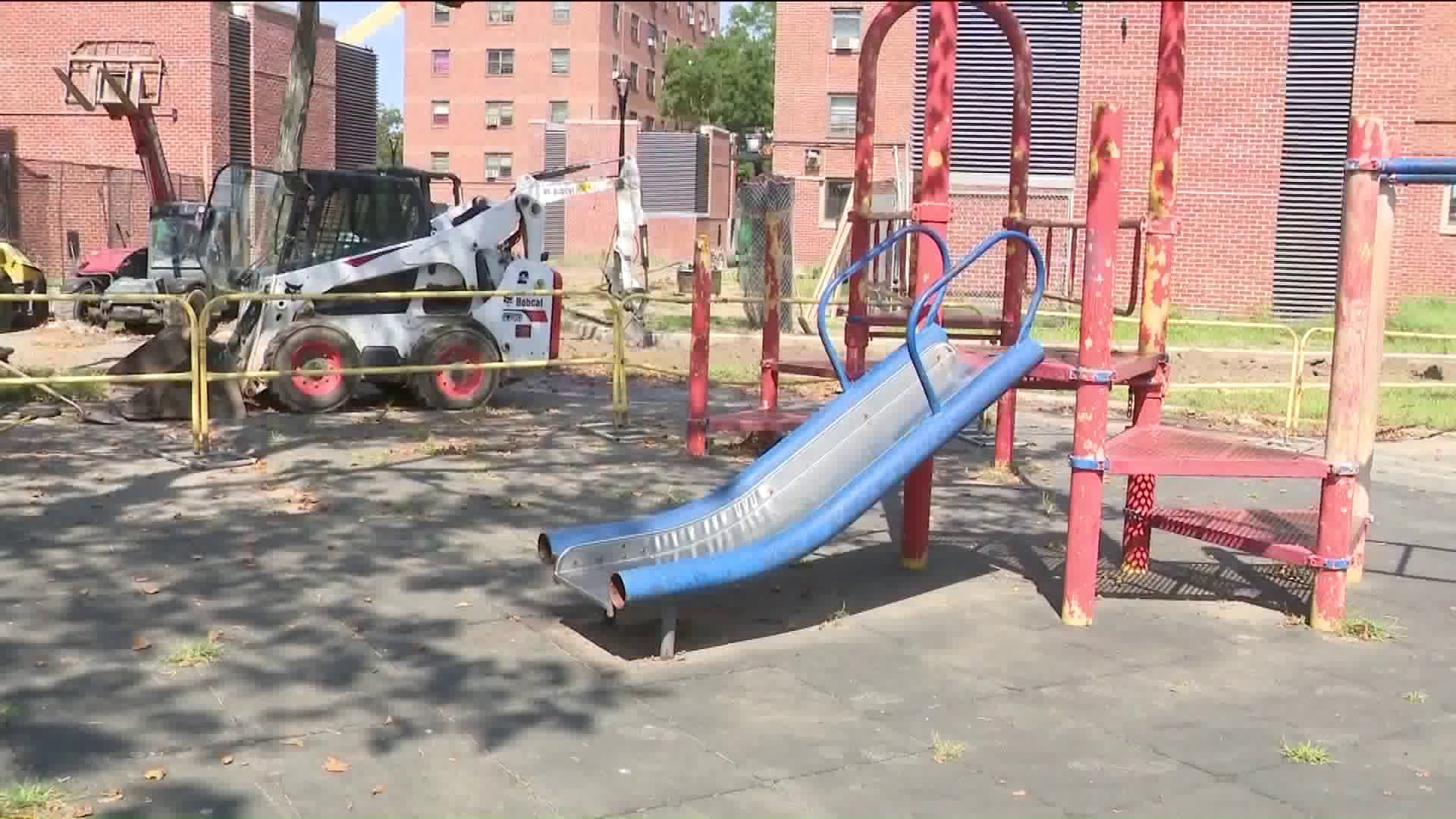 Parents in the neighborhood said there's garbage and rodents. They want a playground cordoned off so children won't be hurt.

CONEY ISLAND, Brooklyn — Superstorm Sandy made it’s mark on our area and some communities across the tri-state are still rebuilding and recovering.

One of those communities, the city-run Gravesend Houses in Brooklyn, is finally getting some much needed repairs, but the construction work has brought some problems too. Parents in the neighborhood said there's garbage and rodents. They want a playground cordoned off so children won't be hurt.

On Monday, resident Maria Navarro showed PIX11 duct tape at the bottom of a slide, chipping paint and rust, construction and rodent holes. Navarro said a massive pile of dirt several stories high has become a haven for rats.

The construction is part of a partnership between the New York City Housing Authority and the Federal Emergency Management Agency, according to NYCHA's website. It’s part of the Superstorm Sandy recovery program that will make a massive amount of improvements including new roofs, new hot water heaters and even new lobbies.

In 2018, City Comptroller Scott Stringer released a report that showed out of NYCHA’s 710 playgrounds, 70 percent of them were in “unsatisfactory condition.”

Then in July 2020, Stringer sent a letter to the NYCHA CEO Greg Russ about the issue.

“You have outlined a commitment to implement new practices, develop a master plan, and create a new unit to ensure that all NYCHA play spaces are inspected, maintained, and repaired within 90 days; however, my office has not received any additional information indicating the implementation of these plans to date," he wrote.

Stringer said he is he still waiting on a response from NYCHA.

A NYCHA spokesperson said they plan to renovate four playgrounds at the Gravesend Houses.

“NYCHA is aware of the situation and has dispatched staff to cordon off the site while we conduct ongoing repairs," the spokesperson said.

Navarro got a call Monday from NYCHA saying they will set up a meeting to inspect the conditions in the area.

PIX11 will stay on the story.

If you have a story, reach out to Monica Morales at monica@pix11.com.