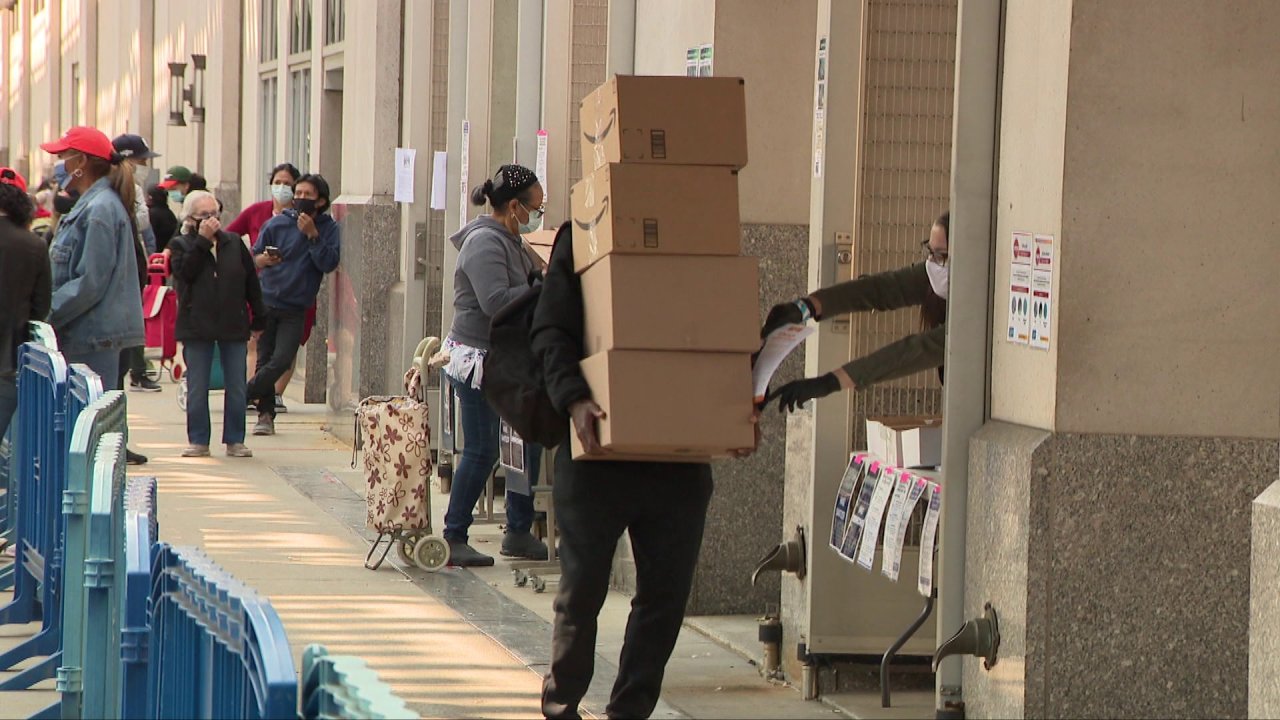 The Food bank for New York has an ambitious goal: to hit every borough and feed thousands of families this month. 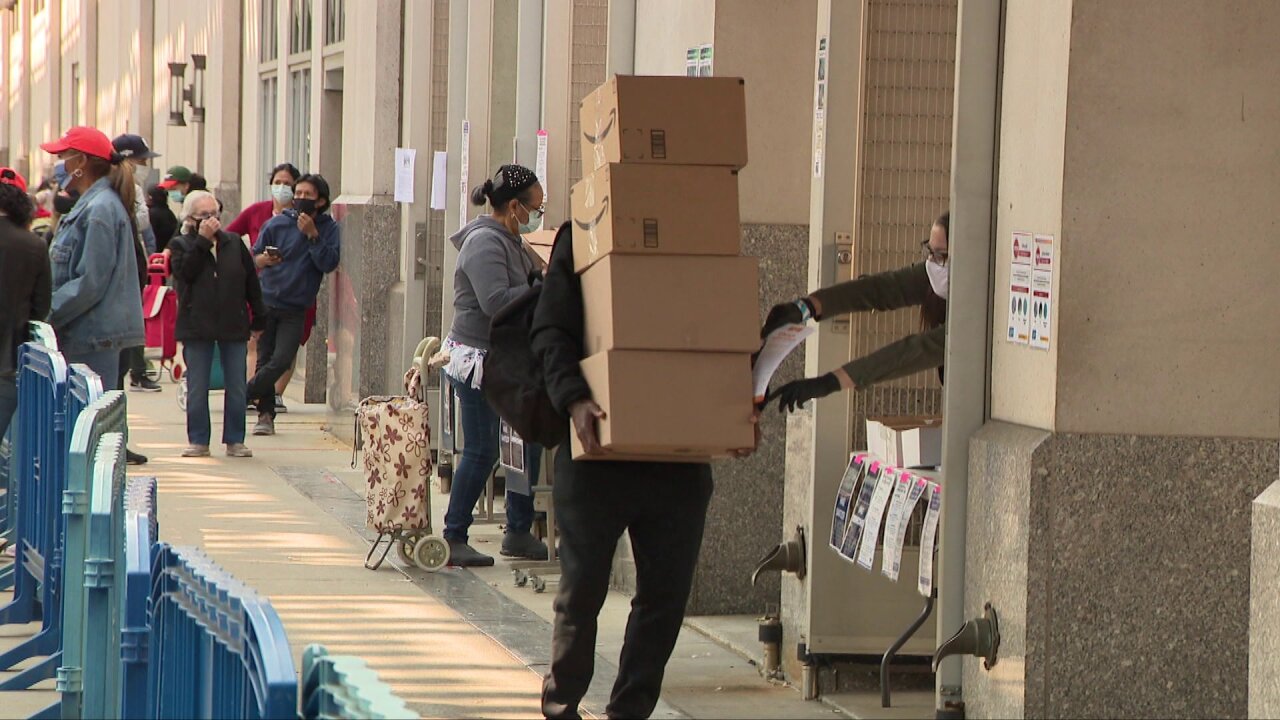 CONCOURSE, the Bronx — The Food bank for New York has an ambitious goal: to hit every borough and feed thousands of families this month.

Yankee Stadium in the Bronx was their the third stop of five pop-up pantry events in New York City in honor of September’s Hunger Action Month.

The sidewalk was converted into an assembly line of volunteers outside Gate 8 at Yankee Stadium.

Lamel Akbar, an out of work freelance writer and a mother of two teenage boys, was one of hundreds of people getting food at the pop up pantry outside Monday.

“Everything has shut down. I haven’t been able to work,” said Akbar.

The pandemic has created an unprecedented health and economic crisis, exacerbating an ongoing crisis of food insecurity in New York City. Akbar said donations like this one help her and her family survive a few more days.

Gloria Zayas, an 83-year-old senior on a fixed income, said the box came at the perfect time.

Janis Robinson, of the Food Bank for NYC, thanked the Yankees for allowing them to set up the pantry there.

According to the Food Pantry of NYC, before the pandemic, 17.5% of Bronx residents and 23.5% of children in the Bronx were food insecure. This has worsened significantly as the Bronx now has a 24.9% unemployment rate, up from 5.8% last year.

Additionally, 25% of food pantries and soup kitchens in the Bronx have closed since the onset of the pandemic due to lack of funding.

The Food Bank for NYC fed 700 families outside Barclays Center in downtown Brooklyn a few weeks ago. Then last week, they had their first drive-through pop-up food pantry on Staten Island. The goal of Food Bank for NYC is to hit every borough.