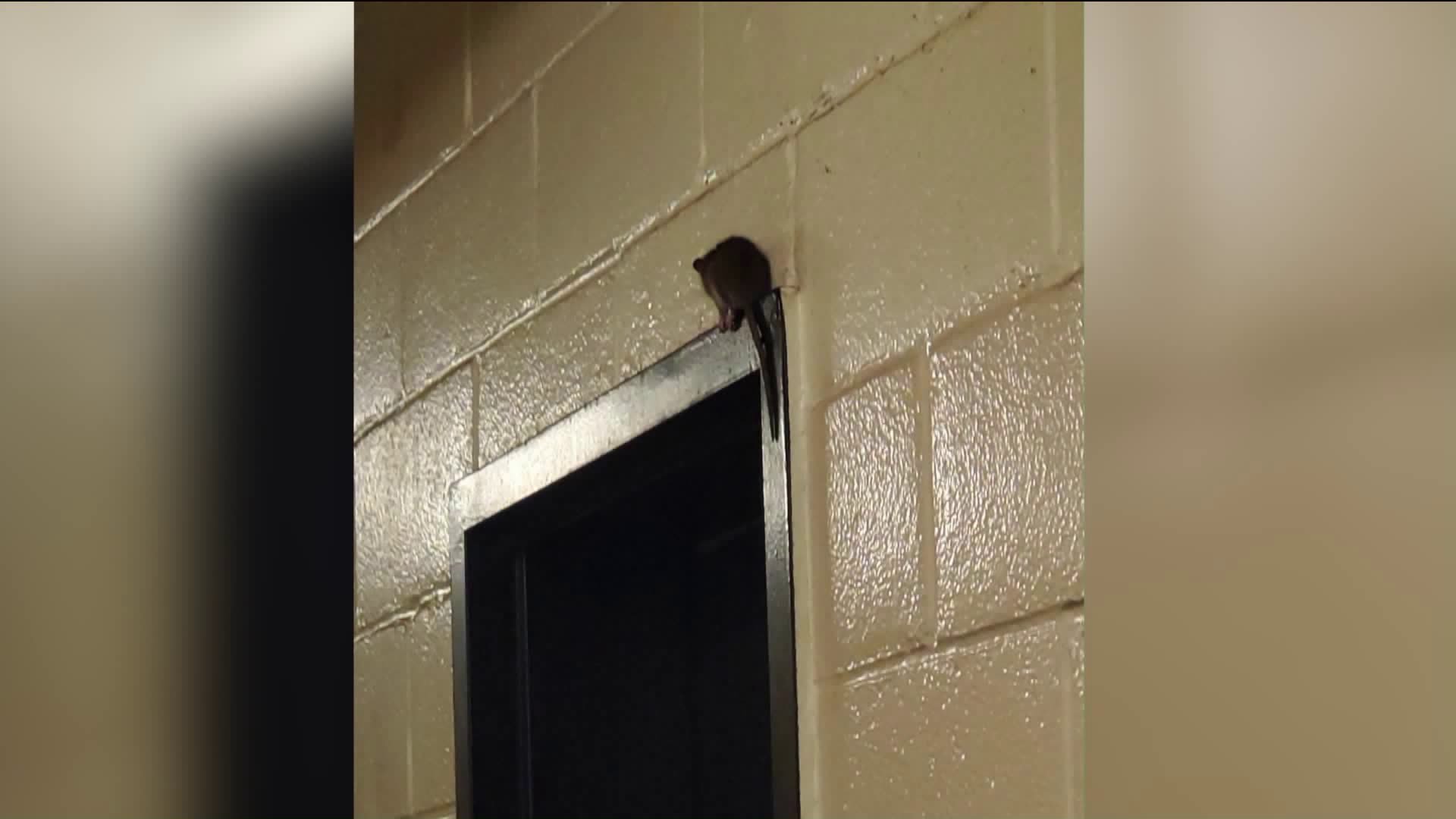 Monica checks in on reports of rats taking over one NYCHA community.

Families said rodents were coming inside their building at Stuyvesant gardens in Bed-Stuy — and it's a health hazard.

Kesha Crawford said she couldn’t sleep at night and keeps her windows closed. She's a chaplain, grandmother, and community activist who said enough is enough.

Thursday, Crawford showed us the huge holes just outside her NYCHA development where rats were taking over.

"They crawl up into the windows. It's scary,” said Crawford.

Not just outside, but inside.

Wanda Merritt, her neighbor, started taking pictures and videos inside her hallway a few weeks ago. It was early in the morning, and a rat was on her neighbor's door.

“It was hanging on my neighbor's door and another one on the side,” said Merritt.

Merritt said she complained to management several times, and said the problem only got worse during the pandemic.

Thursday we saw trash piled up and plenty of rat holes.

A NYCHA spokesperson told PIX11 Friday, “Exterminators and property management staff have taken several steps to reduce the presence of rodents at Stuyvesant Gardens. They include treating the grounds with additional rodenticide; back-filling burrow holes; trimming bushes to reduce hiding spaces and increasing raw garbage pick-up during the day.”

Also in Bed-Stuy, one man said he and his neighbors feel stuck in their homes, since the elevators in his building have been inconsistently working for weeks now.

Pedro Valdez-Rivera sent us a video, Tuesday night, frustrated that no elevators were running at the Roosevelt Houses

Valdez-Rivera said both elevators in his building were out Tuesday night until about midnight, and said it’s happened for the past three weeks.

When PIX11 checked in Wednesday afternoon, one elevator was working.

By Friday, Con Edison crews resolved a low voltage issue, which should solve the problem.

Both elevators are now working.

And on the Upper Weest Side, a NYCHA resident said a community garden had been closed for over a year.

A NYCHA spokesperson said property management is working with the resident fighting for the garden's return "to find an alternative site for a community garden at this development.” PIX11 will stay on this story.

If you want to volunteer to help, click here.