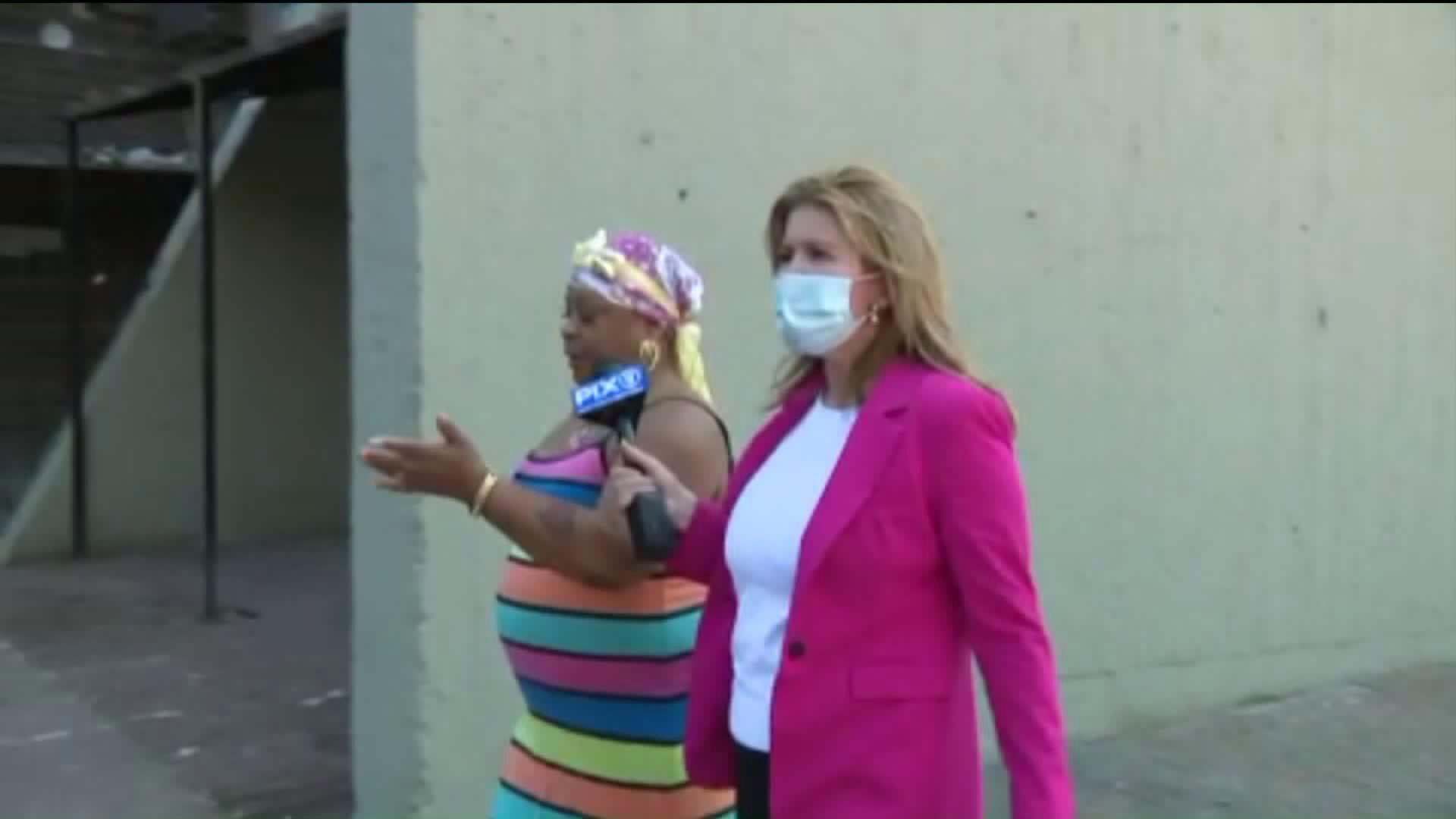 From elevator repairs to the first mail delivery in months, see how Monica made it happen this week.

Residents in a seven-story building in Harlem felt trapped in their homes, since they said it hasn’t had elevator service since March.

The building has 98 apartments and it catera to low-income New Yorkers with Section 8 vouchers.

The building is called Gema Hall, and it’s a single room occupancy building on 124th street.

But Denise Kingsberry said residents have another name for it.

“We call it Germa Hall. It filled with problems, ok,” said Kingsberry.

Kingsberry has lived in the building for seven years. She lives on the third floor and can barely walk with a cane.

Now, she and her neighbors, mostly seniors, say they feel trapped inside their homes in the heat.

“It's like we are a prisoner in our own home. It doesn’t make any sense,” said Kingsberry.

Because it’s an SRO, Kingsberry said they are not allowed to put in air conditioners without a doctor’s note.

Alfredo Ramos, who lives on the second floor, said he’s miserable. “This is ridiculous. This the worst place I have ever lived in my life. We have to pay rent,”said Ramos.

The NYC Department of Social Services confirms the building is owned by Columba Kavanagh House, a nonprofit that caters to Section 8 and offers transitional housing.

PIX11 called management. They have not returned calls at this time. Meantime, a spokesperson for DSS told PIX11, “We have made clear that the pace of repairs to date has been wholly unacceptable and we are taking steps to strengthen compliance with our standards, ensuring more timely repairs moving forward.”

The NYC Department of Buildings said it's issued four violations since January, and will expedite any inspection requests related to this elevator.

By Friday, Kingsberry said the elevators are working.

The Morrisania Air Rights in the Bronx has had problems in the past with pipes breaking, water cascading down stairwells, and boiler problems in the winter causing heat and hot water issues. Plus, a Bronx grandmother of twelve reached out to PIX11 about a dangerous situation in her lobby. Part of the ceiling has caved in. At the same time, the only park for her grandkids to play this summer is closed.

On Friday, the lobby leak was fixed. The park, though, was still closed, but sprinklers were working. Technicians continue to work on repairs.

Dozens of families in Brooklyn said their building has not received their mail for eight weeks.

Friday, mail service was back up and running.