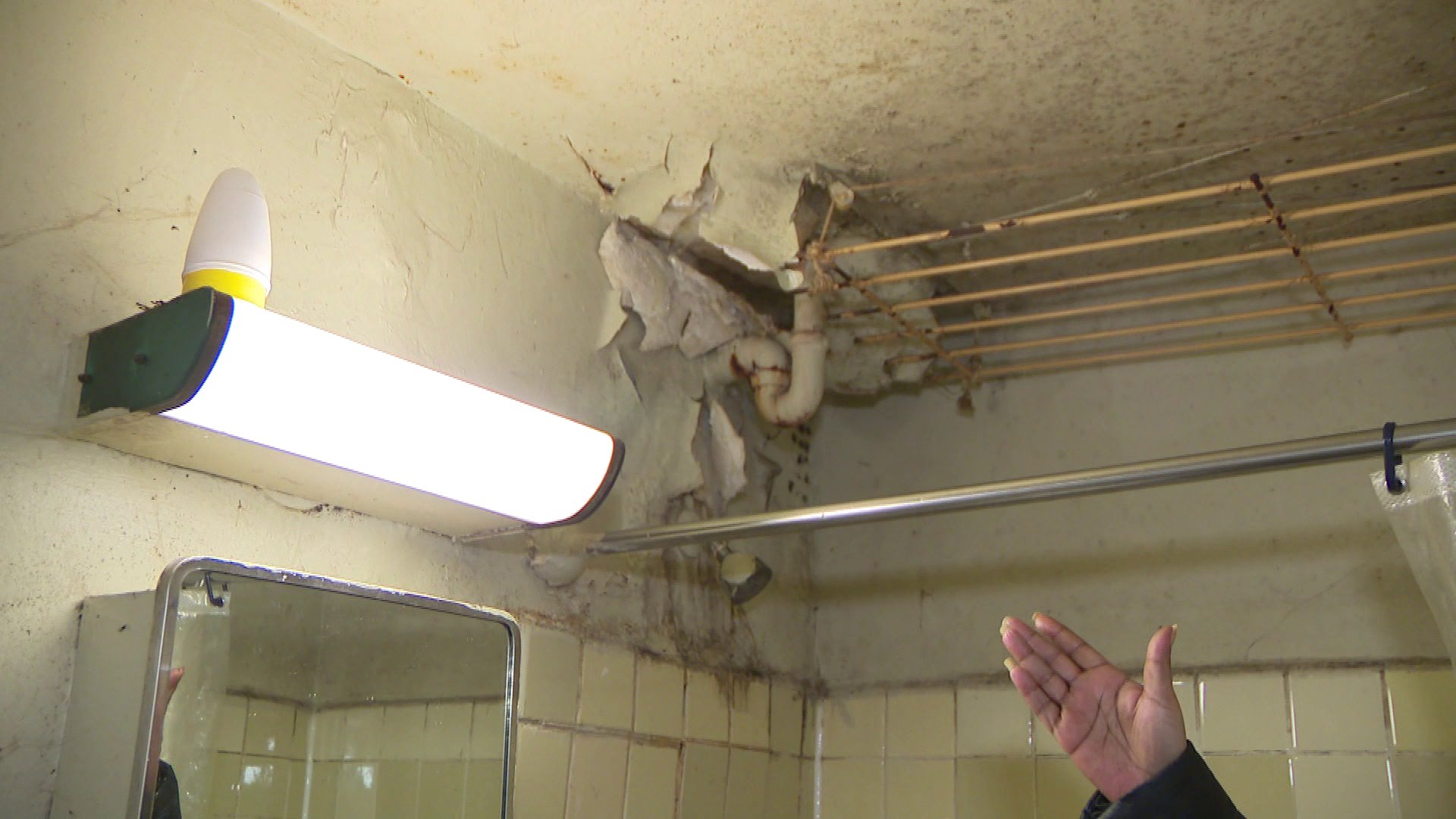 Housing advocates and NYCHA tenant leaders fear a federal lawsuit that gives protections to residents to help abate mold would no longer apply under a new partnership that would convert NYCHA apartments to private management oversight.

NEW YORK — Housing advocates and NYCHA tenant leaders fear a federal lawsuit that gives protections to residents to help abate mold would no longer apply under a new partnership that would convert NYCHA apartments to private management oversight.

“I have worked in public housing for over 50 years and the conditions I have seen in our buildings are some of the worst I have witnessed,” said NYCHA’s CEO Gregory Russ Tuesday, describing conditions inside New York City public housing to state legislators.

A day later, in a virtual federal court hearing, NYCHA lawyers told a judge that a 2014 landmark settlement — known as the Baez suit — providing protection and resources to abate mold will no longer be needed for thousands of apartments. That’s because of a move to convert those apartments to private management that, they say, will take care of mold removal and repairs. Its known as the PACT and/or RAD program.

“It does not apply to RAD buildings. It could not be spelled out more clearly than that. The reason is we don’t manage those buildings. It’s part of RAD, NYCHA is not in charge of management,” said Miriam Skolnik, a lawyer representing NYCHA.

That's a huge concern for advocates. NYCHA plans on placing 62,000 apartments under the PACT/RAD program.

“No tenant should be left behind. This taking RAD out of the responsibility of fixing apartments is leaving tenants out,” said Reverend David Brawley, with Metro IAF, an organization representing thousands of tenants that brought the original lawsuit.

Brawley said the suit has led to over 4,000 NYCHA families finally getting mold and leak repairs through an independent mold ombudsman created by the Baez settlement.

“We are perplexed why NYCHA would not protect residents by honoring this agreement. We think private developers should be help accountable,” said Rev. Brawley.

In a letter to the federal judge, NYCHA says close to 7,000 apartments have already undergone a public/private partnership. All are in the process of getting “upgraded plumbing and heating systems, bathrooms, kitchens, roofs, facades, and other capital improvements.”

But some NYCHA Tenant leaders fear there will be a lack of transparency.

“This is a disgrace. NYCHA is just passing the buck,” said Cynthia Tibbs, tenant president of the WSURA Brownstones on the Upper West Side.

“It’s the same thing over and over again. We need resident management,” said Carmen Quionones, the tenant president of the Douglass Houses on the Upper West Side.

Metro IAF leaders say it's unclear if NYCHA’s “Blueprint for Change” applies the Baez agreement to apartments. A Nycha spokesperson says they cannot comment on pending litigation. In the mean time, oral arguments in this case are set for Jan. 27 in federal court.