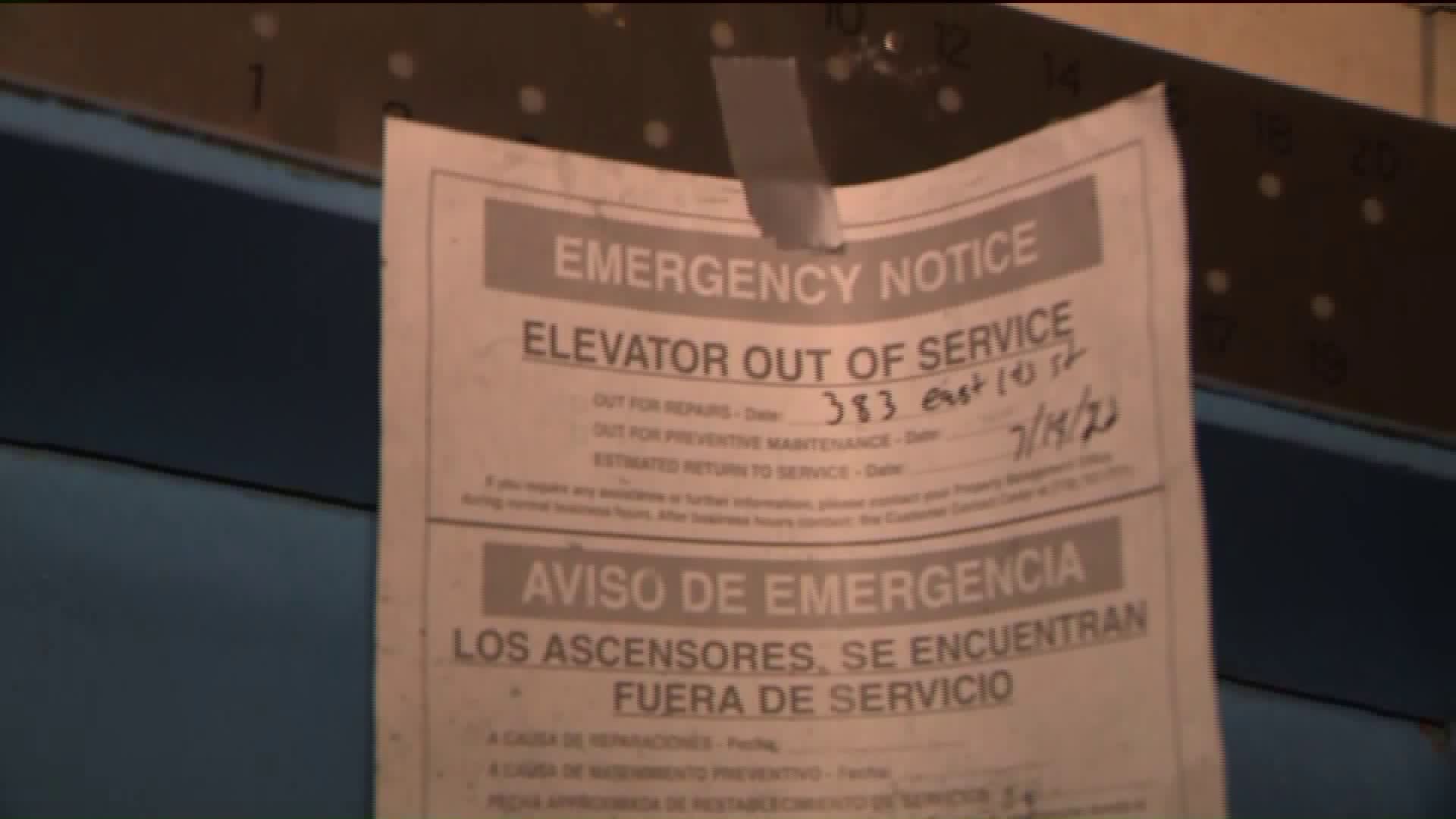 Families who live in two NYCHA developments in the Bronx say they have recurring elevator problems.

THE BRONX — Families who live in two NYCHA developments in the Bronx say they have recurring elevator problems.

In the summer, some seniors and families say in addition to the health hazards of a pandemic, it's boiling hot inside lobbies and stairwells.

Deedra Cheatham tweeted a picture of a packed lobby at the butler houses in the Bronx.

“All three elevators are out," she said. "Currently it’s 88 degrees outside. Inside it feels like 90 degrees.”

Currently at Webster houses in the Bronx and all 3 elevators are out! Currently 88 degrees outside. Inside this building feels like 90 degrees @NYCHA can you send some help? 1428 Webster Avenue @Vanessalgibson !! pic.twitter.com/5UP6Ddbj6V

Glenda Presley, who lives at the Webster Houses, brought a beach chair out on the sidewalk. Presley lives on the 15th floor at and said she did not want to get stuck in her apartment again.

Wednesday, one of the three elevators appeared to be working. The lobby was packed and hot.

Also Wednesday, Folashade Olatunde, who lives at the Motthaven Houses in the Bronx, said elevator service continues to be on and off at her building too. One of the elevators was working Wednesday afternoon.

Julio Lopez says you have to catch an elevator when you can, so people forget about social distancing.

“People were stuck in there yesterday. I walked up to the 10th floor twice,” said Lopez.

For years, PIX11 News has been covering your elevator problems in NYCHA. Councilmember Vanessa Gibson was tagged on the Tweet about the Webster Houses and tells PIX11 News they are on schedule to get a full replacement of elevators and she's working hard on expediting the work with NYCHA.

“In order to adhere to code regulations, we started installing Door Lock Monitoring (DLM) systems throughout NYCHA developments in the 5 boroughs," a spokesperson for NYCHA said in a statement. "We started in Mott Haven last September and at Webster Houses last week. Installing new equipment on aging equipment has increased outages. We continue to adjust the mechanics and make improvements as we adjust to the new system."