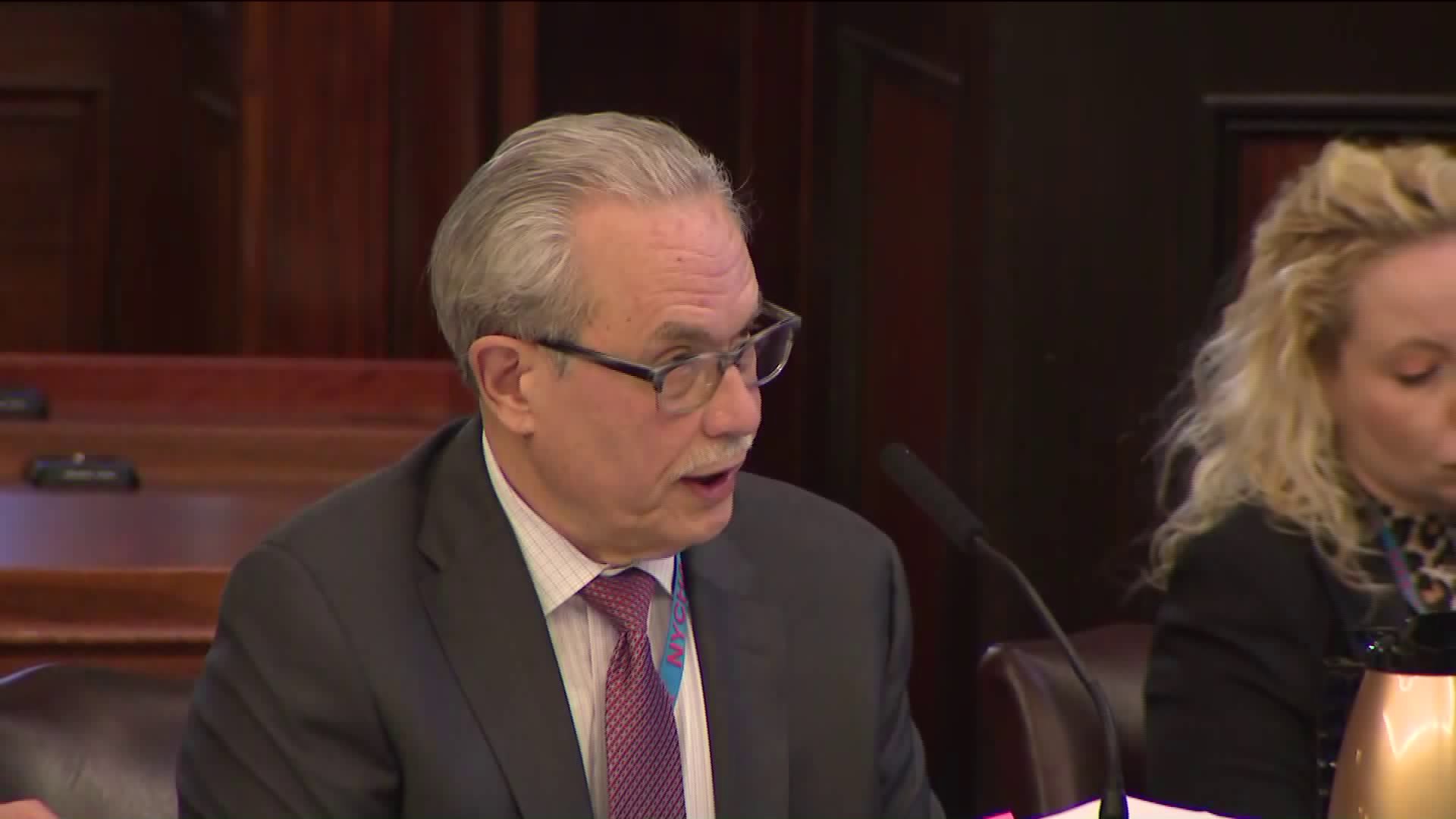 A City Council hearing on NYCHA got heated Wednesday.

MANHATTAN — Crystal Glover, a resident at the Washington Houses in East Harlem, didn’t hold back about how she really feels about conditions inside NYCHA at a city hall hearing Wednesday.

“We are being screwed. The city council can’t help us,” said Glover. Glover was one of several people who live in NYCHA who testified in front of the city council in an oversight hearing about NYCHA’s heat and hot water problems.

“Because the residents are in a crisis inside NYCHA, it seems like no one cares,” Sandra Coleman, from the Holmes Towers.

Russ testified for the first time in front of the city council after five months on the job and Says NYCHA is making progress.

“We have reduced the time it takes to restore heat outages by 73 percent from 30 hours in 2017-2018 to 8 hours and the number of outages has been reduced,” said Russ.

The federal monitor continued the good news, Schwartz says the $450 million finally released by the state and talked about the heat action plan. They also presented what Schwartz called a cold chart that shows the heat crisis in NYCHA is getting better in every borough.

“Having an action plan is necessary as a first step to better manage both the outages and all the equipment related to them,” said Schwartz.

PIX11 News has told the stories of the people suffering with no heat and hot water for two winters now. Back in October of 2017-January 2018 more than 80 percent of NYCHA’s residents experienced a heat or hot water outage.

“I’ve cried. They are sitting at home waiting for the service. some of these apartments look like post hurricane Katrina in New Orleans the next day.”