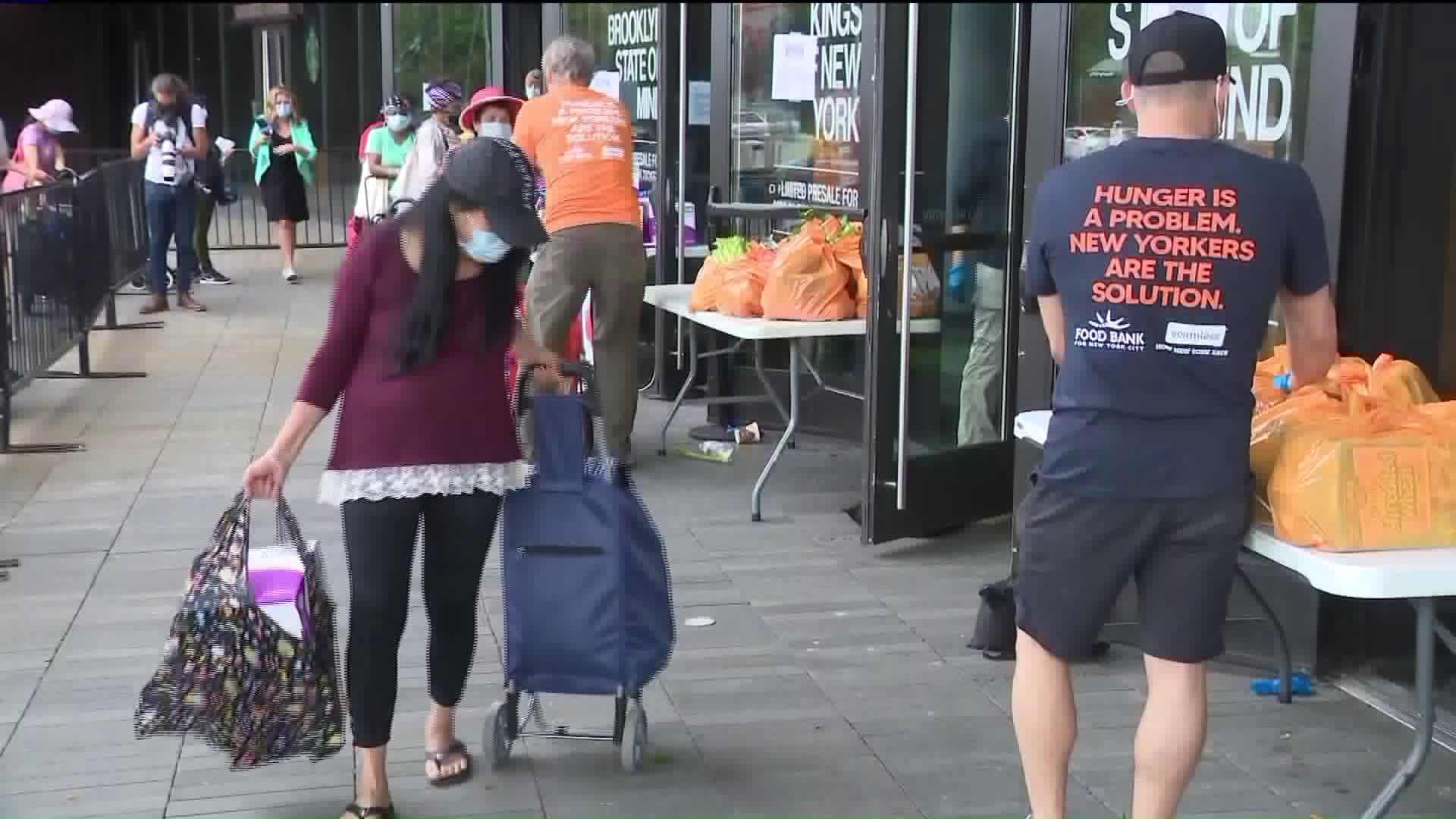 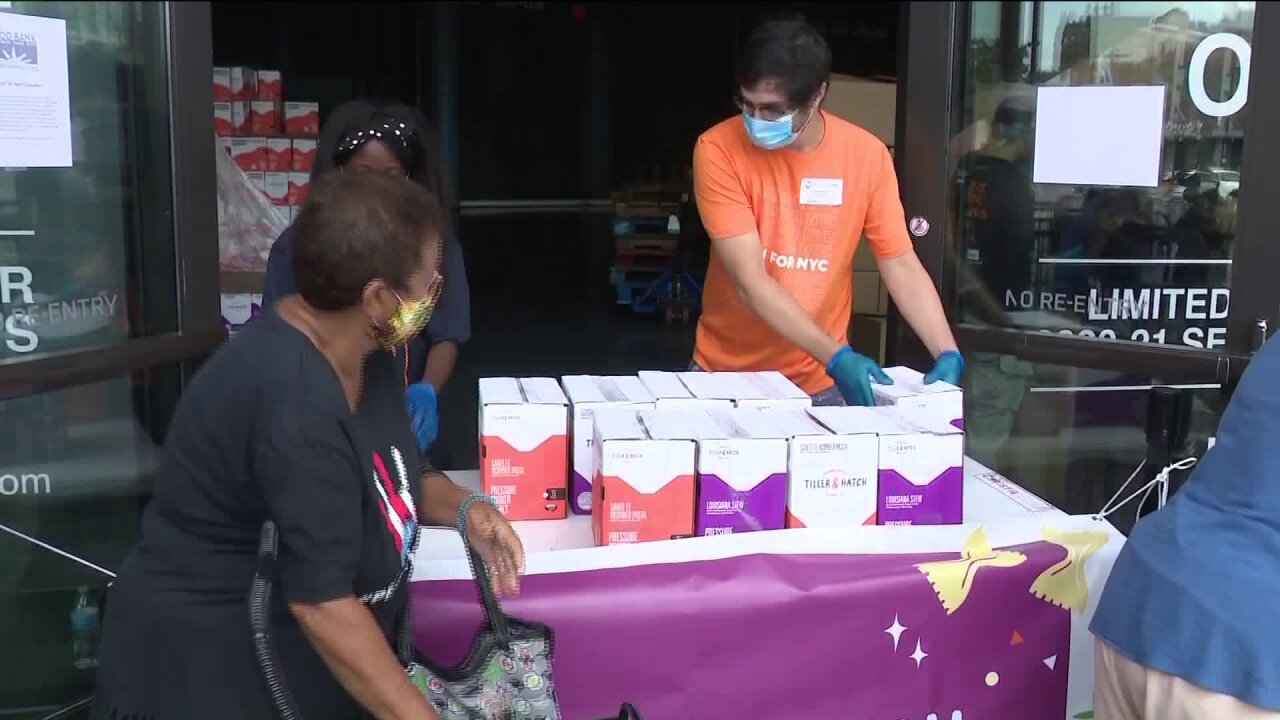 BROOKLYN — Even before the pandemic, nearly 1.2 million New Yorkers were food insecure.

To combat the problem, the city has teamed up with several corporations to launch what’s called a "Million Meal Donation" tour.

The first stop was Brooklyn’s Barclays Center. Janet Gonzalez and Luis Ortega from Brooklyn waited in line for food Thursday with their 9-year-old son Luis and their 12-year-old daughter Jasmine. Like so many New York City families, for the first time ever, they find themselves in a pantry line. Gonzalez and Ortega both lost work during the pandemic.

Gonzalez is a housekeeper and Ortega worked in a restaurant that closed. They came together as a family and stood in line at the Barclays Center, grateful to get a free fresh bag of food.

“We have so many people in line for the first time with unemployment and kids out of school. People are in need,” said Janice Robinson from Food Bank for New York City.

It's the fourth time Barclays Center has hosted a mobile food pantry in its plaza since the pandemic started.This time, Starbucks and Tiller & Hatch partnered with the Food Bank for New York City to make it happen.

The goal is to feed over a thousand families in just under three hours and across the country this month the goal is big. Brooklyn is the first stop in the 16-city program.

September is Hunger Action Month, so there will be more pop-up pantries like this in the next few weeks, from Yankee Stadium to Lincoln Center.

Since the start of the outbreak, Food Bank For New York City has distributed more than 30 million meals to New Yorkers in need.

The best way you can help fuel the emergency response is to provide resources. Every $1 provides 5 meals. Visit the Food Bank of NYC's website.

If you need help, here's an updated map of open food pantries and soup kitchens.