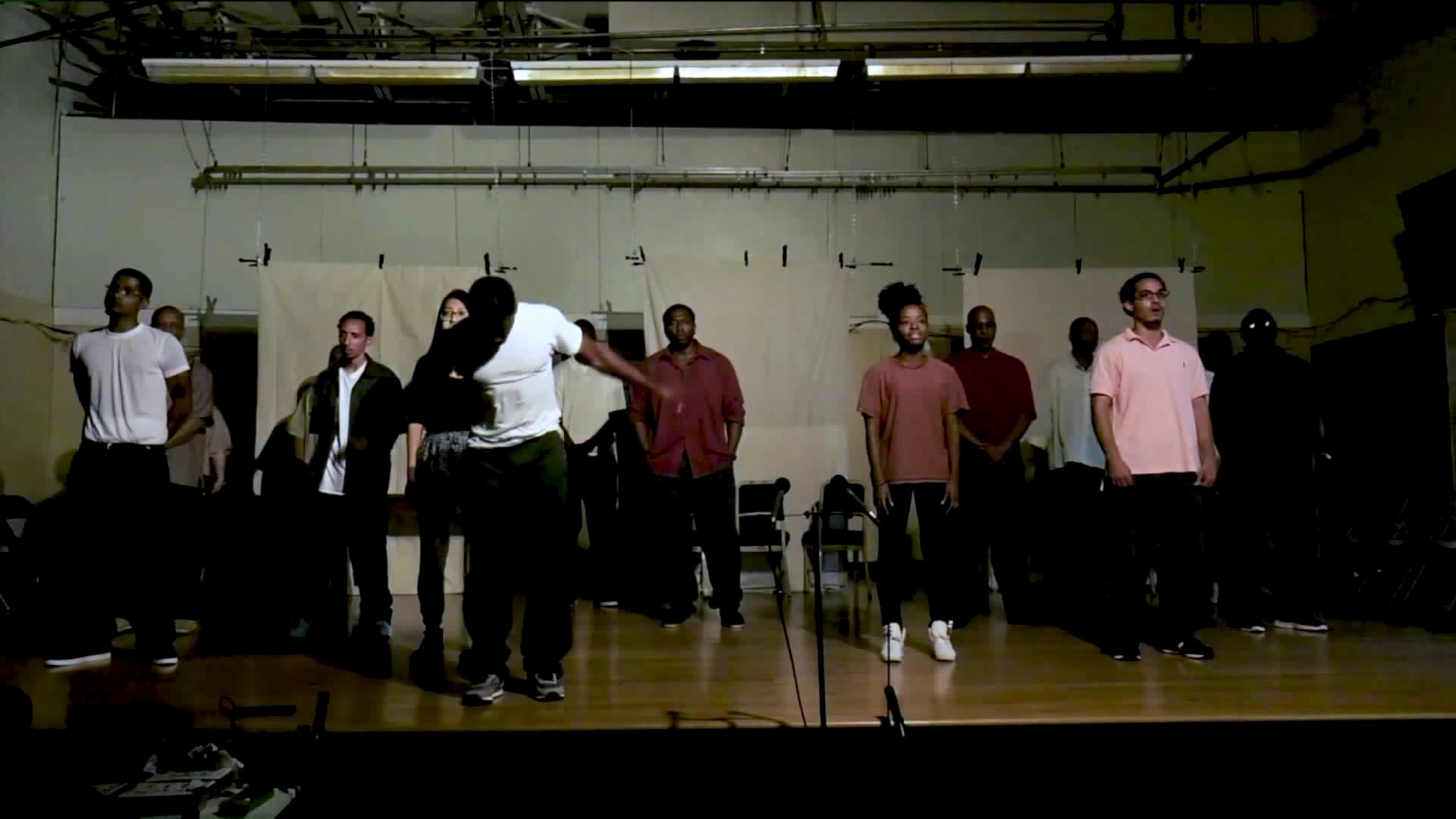 These are some of the best actors in New York City, owning the stage and he says owning their mistakes. There's over 75 years of prison time here.

GREENWICH VILLAGE — Richard Hoehler is the founder and director of the group called "Acting Out."

He says these are some of the best actors in New York City, owning the stage and as he puts it, owning their mistakes. There's over 75 years of prison time here.

“I watch them and I wept. Not because it’s sad, but because it’s beautiful. Everyone is owning themselves and it takes great courage,” said Hoehler.

“We come together as strong black men who are just fresh home from prison and we just need to make a way,” said Samuel Johnson.

Hoehler started going into Otisville State Prison nine years ago. First, volunteering to bring an acting class on the inside and now the first on the outside, to be performed at the HB Studio on Bank Street.

“I was astounded by the talent that was locked up,” said Hoehler.

In July 2019, Christopher Lee was in prison and performed in one of the productions, called "Fathers and Son."

Lee is now out of jail and is an up and coming rap artist and actor.

PIX11 New met six of the actors Tuesday. All of them say acting has been therapeutic and life changing.

“We experience a lot of difficulties on the inside and on the outside and the acting keeps us together,” said Elijah Scott.

All of these men say acting class in prison first saved them and now it’s empowering them.

“People transitioning from prison can do good and be good become the next Donald Glover or Jamie Foxx or Will Smith,” said Samuel Johnson.

“Nothing matters, your race, your political affiliation, nothing matters you are treated like a man and treated respectfully,” said Gilfedo Valentin.

“There are a lot of children making bad decisions and they don’t have these outlets and maybe if they see us they will follow in our footsteps ,” said Derrick Livingston.

The first big “Acting Out” show is at the end of this year.

They hope someone sees this story and gives them funding to continue and expand their group to more men and women too.

If you want or information or can help check out their website.