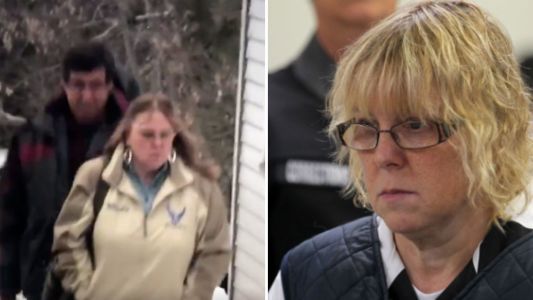 The seamstress, known as “Tillie,” was arrested in June 2015, not long after two, convicted murderers who once worked in her prison tailor shop managed a jaw-dropping escape from the maximum-security Clinton Correctional Facility in Dannemora, New York. 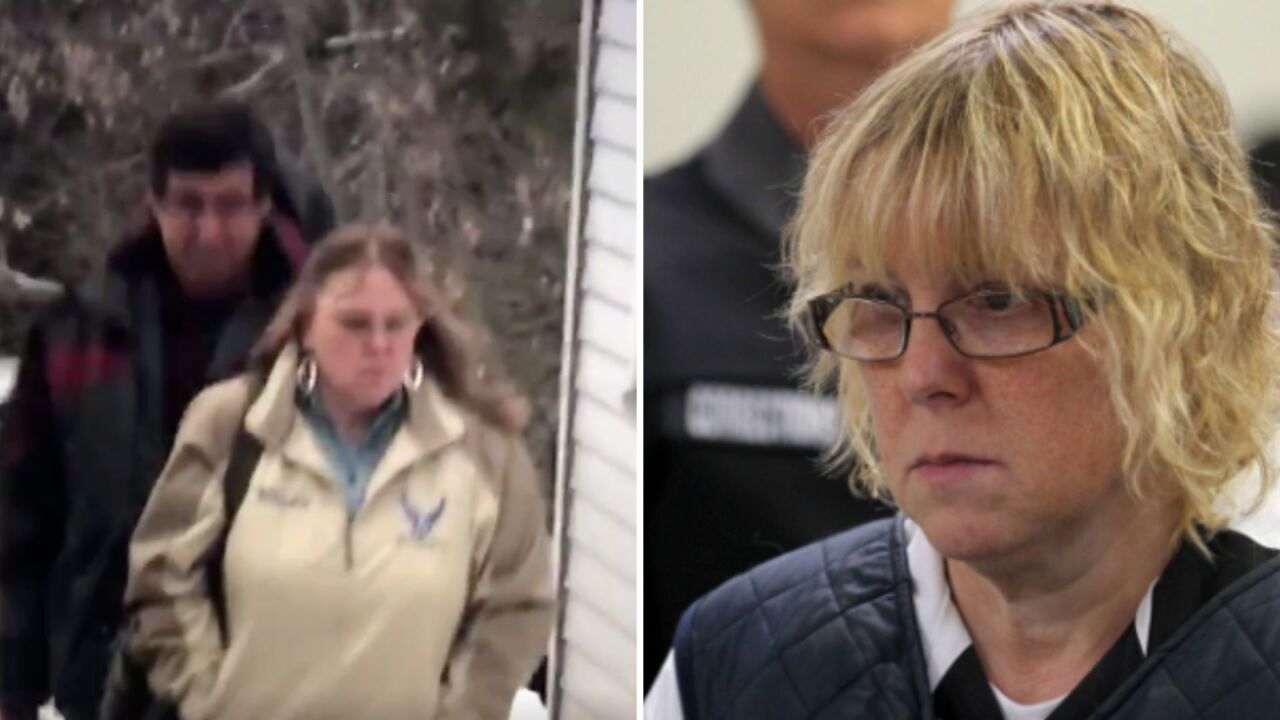 She was grim-faced as she departed the shingled home with her husband right behind her, refusing to answer questions.

Minutes earlier, her husband had left the house alone to open the garage door, apparently paving the way for his wife to quickly get into a white SUV.

The two then drove away.

She had served nearly 4 ½ years of her sentence, which was 2 ⅓ to 7 years for promoting prison contraband.

Under New York State law, a prisoner is entitled to conditional release for good behavior, after serving two-thirds of their sentence.

The seamstress, known as “Tillie,” was arrested in June 2015, not long after two, convicted murderers who once worked in her prison tailor shop managed a jaw-dropping escape from the maximum-security Clinton Correctional Facility in Dannemora, New York.

Richard Matt and David Sweat couldn’t manage getting over the massive, fortress-like, 30-foot walls that surround the prison complex.

Instead, they relied on hacksaw blades Mitchell had smuggled in hamburger meat — with help from an unwitting correction officer — to cut an escape route from the back of their adjacent prison cells.

Their escape has been compared to that of the 1994 movie "Shawshank Redemption." In the film, an elaborate escape was planned through the tunnel and prison sewage pipe.

A state report found that convicted cop killer David Sweat had managed to leave his cell a total of 85 times in the months leading up to the escape on June 6, 2015.

Sweat, who survived a three-week-plus manhunt that left Richard Matt shot dead, said he was able to cut a clean hole in a steam pipe that enabled the two inmates to slither to freedom.

The two famously popped their way to freedom though a manhole, a block outside the prison walls on Bouck Street in Dannemora.

Joyce Mitchell said she was supposed to meet them near the manhole with a getaway vehicle but backed out at the last minute, fearing the men would kill her husband, a fellow prison worker.

She had a panic attack at a local Chinese restaurant in Malone and went to the hospital instead.

Richard Matt was shot dead on Day 21 of the search, which brought out more than 1,100 law enforcement officers and cost New York State more than $23 million dollars in police overtime.

Sweat was shot by New York State Police Sergeant Jay Cook two days later in Constable, New York, as he tried to run toward the Canadian border, which was less than two miles away. He survived.

The state report indicated Joyce Mitchell had had a sexual relationship with at least one of the escaped inmates, but she swore to her husband — on her son’s life — that it wasn’t true.

Lyle Mitchell faithfully visited his wife every other weekend for the more than four years she served time in Bedford Hills, and he remains devoted now.